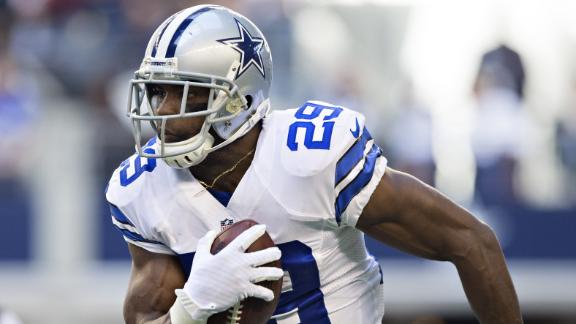 LeSean McCoy, who was traded to the Buffalo Bills from Philadelphia earlier this month, said the Eagles overreacted by signing free agents DeMarco Murray and Ryan Mathews.

"I saw that they originally were trying to get Frank Gore, and he backed out," McCoy said Friday on The Rich Eisen Show. "So then when they got DeMarco and they got Ryan Mathews, I thought it was like a panic move."

The Eagles dealt McCoy to the Bills for linebacker Kiko Alonso. McCoy and the Bills agreed to a five-year, $40 million contract with $26.5 million guaranteed. The Eagles then gave Murray, the former Cowboys star, a similar contract of five years, $42 million and added Mathews for three years, $11.5 million.

"I can't really answer it," McCoy said. "They took two backs to replace one. I think DeMarco's a hell of a back. I think he'll do a good job there. I'm not sure how that went."

One factor, McCoy said, may have been Eagles coach Chip Kelly taking over full control of the team's personnel decisions this offseason.

"Chip, I think, is a really good coach," McCoy said. "I think this is something different for him kind of managing both, from being a coach to now kind of managing the team as far as the players that they get and they pay."

McCoy left the Eagles as the franchise's top rusher (6,792 yards) and third in rushing touchdowns (44).