LeSean McCoy not likely to shake hands with Chip Kelly 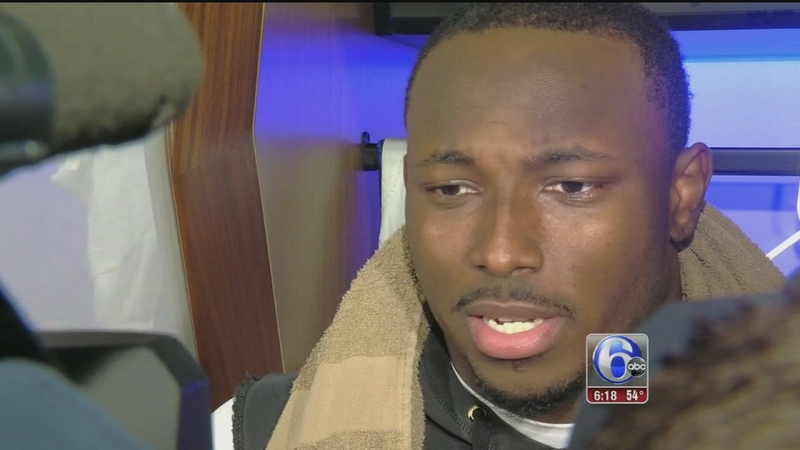 Don't expect LeSean McCoy to be shaking Eagles coach Chip Kelly's hand when the Buffalo Bills running back travels to Philadelphia to face his former team for the first time Sunday.

McCoy insisted he doesn't hate Kelly. And yet he made it abundantly clear that he still bears a grudge after Kelly abruptly ended McCoy's career in Philadelphia by trading him to the Bills last spring.

Earlier in the day, Kelly said he's got "great respect" for McCoy and referred to him as one of the NFL's premier running backs.

McCoy's return and the bad blood between him and Kelly highlight a game between the Bills (6-6) and Eagles (5-7), who are battling to stay in the playoff picture.

Meanwhile, Kelly says running back DeMarco Murray is unhappy with the carries he got in an upset win of the New England Patriots on Sunday, but didn't undercut anyone by speaking with team owner Jeffrey Lurie.

Kelly rebutted rumors on Wednesday that Murray sought out Lurie, saying the NFL's rushing leader from last season simply sat next to Murray on the plane ride home from Massachusetts.

"All of our players sit in first class and when Mr. Lurie flies with us, he sits in first class. So they happened to be sitting next to each other," Kelly said. "He did not request a meeting with Mr. Lurie."

Kelly says he met with Murray and most running backs would be similarly frustrated.

Murray played just 14 snaps and carried the ball just eight times in the game. Murray was not available on Wednesday, but is expected to speak with reporters after practice on Thursday.

Murray joined the Eagles this season with a deal worth $40 million over five years, with $21 million guaranteed. Through 12 games, he's carried the ball 163 times for 569 yards, an average of 3.5 yards per carry.

Ryan Mathews, who has missed the past three games with a concussion but is expected to return Sunday against the Buffalo Bills, has 427 yards on 75 carries, an average of 5.7 yards per carry.

After a terrible start to the season - his first two games were a combined 21 carries for 11 yards - Murray seemed to get better and look like the back he was in Dallas last season. He ran for 83 yards in a win over the New Orleans Saints and had 112 in a win against the New York Giants the following week.

Kelly said the Patriots game didn't go as expected for its offense.