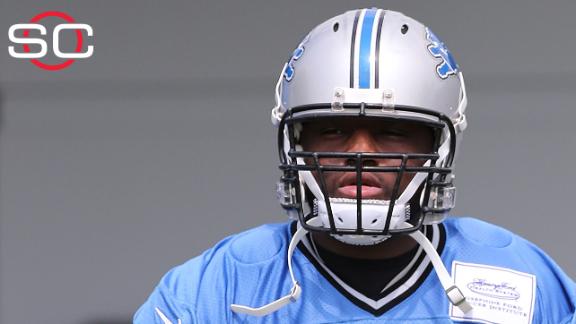 The Detroit Lions released Rodney Austin on Tuesday morning, just days after the guard was arrested and charged with four crimes -- including assault on a female and assault on a child under 12.


Austin, who was arrested on April 17 at 9 a.m., also was charged with misdemeanor larceny and interfering with emergency communication in his home state of North Carolina according to a records search of the Office of the Sheriff of Mecklenburg County, North Carolina.


Austin, who posted bail bonds totaling $4,250 for the four charges, is scheduled to next appear in Mecklenberg County District Court on June 5.


Lions coach Jim Caldwell has said in the past that he has a no-tolerance policy concerning domestic violence.


Austin's agent, Mark Magazu, said Austin turned himself in and was released later that day. Magazu said the allegations stem from a custody dispute with the mother of Austin's child and that Austin's attorney, Mark Jetton, will soon be releasing documents related to the case.


In a statement Tuesday afternoon, Jetton said his client has authorized him to pursue a civil suit against the woman claiming "malicious prosecution, defamation of character and slander." Austin believes the allegations made against him are retaliatory due to "disagreements over the future of their relationship."


"This is an issue with a woman Rodney has known for a long time; they have a child together and they have had difficulties together that they have been working through," Magazu said. "I think that the record, once all the information is out, I think that it will be clear that the charges as everybody is seeing them are not what occurred."


Magazu said he told Lions general manager Martin Mayhew when the incident occurred earlier this month. A warrant then was put out for Austin's arrest after the accuser went to a magistrate judge explaining what happened.


"I personally reached out to Martin Mayhew and let him know, 'Hey, this is what's going on. I want you to hear it from us,'" Magazu said. "I want to say that was a week or two ago, but I'd have to double-check. Martin was obviously disappointed but said, 'I'll keep an open mind.' These clubs are under a different kind of pressure now when it comes to domestic violence because it is so toxic.


"I understand the decision that they made because it's better, from their perspective, to let things clear over and then evaluate later. But they weren't caught by surprise. We were collectively in touch with them."


The Lions said earlier Tuesday they had no comment on Austin's arrest or release.Lions coach Jim Caldwell has previously said he has a zero tolerance policy for domestic violence.


In the police report obtained by ESPN.com, it alleges Austin pushed the woman down at the Alexander Place Apartments in Charlotte, North Carolina, while she was holding their 9-month old child. No arrests were made at the time of the report, which was filed April 5 at 2:20 a.m., and stated that neither the woman nor the child was injured.


Austin's attorney, in his release, stated police left after examining the woman and the child without making any arrests. On April 16, the woman went to a magistrate judge, who issued a warrant for Austin's arrest.


Austin had bounced between the Detroit practice squad and the 53-man roster for the last three seasons after going undrafted out of Elon in 2012. He was often considered one of the stronger offensive linemen, but that strength never translated to the field.


Austin's release leaves Detroit with fewer options on the interior of the offensive line. Right guard Larry Warford and center Travis Swanson are set. Otherwise, the Lions have Darren Keyton, Taylor Boggs and Braxston Cave as interior linemen vying for roster spots. Only Keyton was with the Lions last season.


It also all but guarantees Detroit is going to look at the interior line during next week's NFL draft -- perhaps as early as the first or second round depending on who is available. Depending what happens in the draft, and that the Lions have yet to make a veteran move to solidify the left guard spot, this could also signal the possibility of Riley Reiff moving inside even though Caldwell downplayed this at the league meetings last month.