'Listen, he's going to get hurt.' Philly soaks up another beatdown 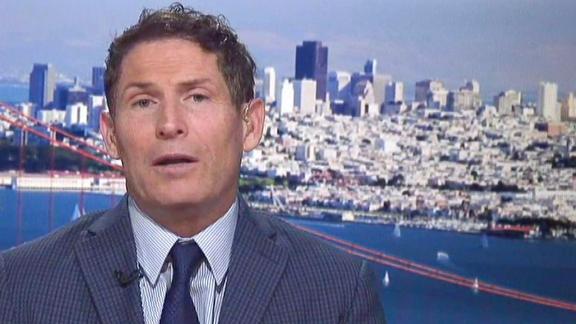 ON A SLICE of East Snyder Avenue, a lunchtime crowd snakes through a stucco shack sandwiched between railroad tracks and a Lowe's store, just close enough to the Delaware River to catch an icy December breeze off the water.
John's Roast Pork has been a South Philadelphia institution since 1930, the kind of roast-pork-and-cheesesteak joint where business suits intermingle with neon construction vests. On this Tuesday, a Daily News rack in the corner trumpets the headline: DONE ... FOR NOW.

"I called this," John Bucci, the shop's third-generation owner, shouts over his shoulder while manning the steaming grill. "I knew this was gonna happen."

"We told him, 'Shut up! Shut up!'" interjects Lenny Tenuto, who's taking a break from fielding lunch orders behind the counter.

"I said, 'Listen, he's going to get hurt,'" Bucci goes on, his pork-stained hands resuming the work of chopping steaks.

Just one day earlier, Bucci had been proved prophetic. At noon that Monday, those business suits and neon-vested construction workers, even some of the men behind the grill, streamed outside the shack, heading to their cars to brace themselves. They wanted to be someplace quiet to hear Eagles coach Doug Pederson deliver the verdict.

"Doug, do you have any any news on Carson Wentz's knee?" one reporter asked.

Pederson nodded: "I do. Torn ACL."

The diagnosis slammed the door on the quarterback's breakout sophomore season -- his franchise-record 33 touchdown passes, his MVP pursuit -- and abruptly rerouted the Eagles' 2017 campaign. If they get to Minneapolis for Super Bowl LII, backup Nick Foles will have to take them there. But Wentz's newly torn ACL did more than just lay waste to the Eagles' plans. It also ripped the scab off an old wound the size of the Delaware Valley.

"If you're a Philadelphian, you accept the reality that you're living in a Road Runner cartoon," explains Ray Didinger, the Pro Football Hall of Fame-recognized scribe who has seen more Philly football games than almost anyone. "You go through life looking up, waiting for the anvil to fall. And this is it. This is the anvil."

It's true that these fans seem less shocked by this turn of events than quietly resigned to it. When Pederson announced the end of Wentz's season, some fans looked to the heavens and asked, "Why?" Some wept. But there was no gasp of disbelief. They looked back on a certain recent magazine cover that conjured Wentz as a Thanksgiving parade balloon and reminisced on all the ways they just knew their jubilation was doomed from the start. And they shook their heads in one collective shrug: Here we go again.

These particular fans know the anvil well: Terrell Owens in 2004. Donovan McNabb two years before that. Randall Cunningham in 1991. All suffered ill-timed injuries that carved out Philadelphians' hearts with surgical precision.

"This, Carson," says Anthony Gargano, a longtime sports radio host and Philly native, "is by far the worst."

Heartbreak is baked into the sports DNA here -- for the Eagles, but beyond them, too. Witness: On WIP, the city's sports radio mecca, the morning show hosts put out a call for listeners' all-time disappointments. There was Mitch Williams serving up a walk-off, World Series-winning home run to Joe Carter in Game 6 of the World Series in 1993. And Eric Lindros crumpling to the ice in Game 7 of the 2000 Eastern Conference finals. Even Smarty Jones, the locally raised thoroughbred that fell one length short of a Triple Crown, run down in the stretch of the Belmont Stakes by a 36-1 long shot in 2004.

The prize for the caller who identified the most piercing calamity? A Carson Wentz jersey.

"HOW UNMERCIFUL ARE the football gods," Gargano says, "that they take him away the day he sets the franchise record for touchdown passes?"

The notion hangs like a specter: How could they take Carson Wentz away ... from us?

And so a man named Chris, who sounds deep-in-the-bones pained, calls into WIP and, between sobs, wonders aloud, "Why do we get hurt all the time?"

A die-hard calling himself Trucker Jay wants to know the same. He confides to listeners that he had to pull over when he heard the news about Wentz. He sat there on the side of the road in a daze for 35 minutes, and just as he steeled himself to get back behind the wheel, a cop pulled over to ask if everything was all right. "I just got bad news about family," Trucker Jay explained.

"Think I'm gonna be OK," Trucker Jay told him. "Gotta get over it."

The cop wrote him a "ticket" for being a "sulking Eagles fan on the side of the road."

Other Philadelphians seek explanations in the supernatural. One, an Eagles fan who regularly attends remote broadcasts of Didinger's radio show, swears the Eagles are cursed by the ghost of Vince Lombardi because they delivered the legendary coach's only postseason loss, in 1960. Another, a local named Ben, publicly atones for Philadelphia's oft-recited, if overwrought, litany of bleacher-bum transgressions.

To be sure, a healthy segment of fans aren't wallowing. Can't you see, Chris, Nicky Six will sub in for Wentz just fine? Take a breath, Trucker Jay, all this team needs is a little home-field advantage in the playoffs. But for all their bravado, these fans are just further along in the grieving process. They've fast-tracked to acceptance. And whether they truly believe in Nicky Six -- their campy nickname for Foles -- or just want to believe, is beside the point. This is their lot now. Says Glen Macnow, another longtime sports radio host: "You embrace the one who is with you at the dance."

IF THE EAGLES themselves feel cursed or downtrodden, they offer no such intimation. Their teammates have gone down with injuries this year, falling like dominoes, one after the other: Darren Sproles and Jason Peters and Jordan Hicks and Chris Maragos and, now, Wentz. Sure, third-string (turned second-string) quarterback Nate Sudfeld admits the celebration after clinching the NFC East in Sunday's 43-35 victory over the Rams was a touch somber. And tight end Trey Burton blanches while recalling the text he got confirming Wentz's ACL tear. "I hate it for him," Burton says quietly outside his locker, 20 feet from where a midnight green NFC East Champions T-shirt is splayed over a chair in Wentz's idle locker, untouched.

Still, the Eagles are zealous in their desire not to be caught hanging their heads.

"It's just takes the pressure off of us. Everybody gave up on us. We're the underdogs once again, which is cool," says defensive end Brandon Graham. "No sense in crying about it, because it is what it is. It's just now, what do we have to do to keep moving forward, to make sure that we continue to keep our goals?"

Does Pederson still have faith his team can win without Wentz?

"Heck yeah," he tells a roomful of reporters.

Why did he call for seven passes on Foles' first drive after Wentz went down in Los Angeles?

Foles, for his part, would have you remember his one, gleaming year in Philadelphia, those 27 touchdowns and two interceptions, his NFL-best 119.2 passer rating in 2013, before defenses caught up to Chip Kelly's hyperfast offense. He'd offer that 20 career wins and 36 starts isn't anything to sneeze at in this league. Not as far as a Plan B, anyway. "I've played a lot of football, and I've played here," Foles says. "Played on tough stages. All I have to do is go out there, do my job.

Sure, Foles' output went sideways, and he threw 13 touchdowns and 10 interceptions the very next season, but, at the very least, he is a suitable Band-Aid -- and may be more than that.

Even if a healthy Carson Wentz puts "pretty good" to shame, and even if the end of this season isn't what fans envisioned at 8-1, 9-1 and 10-1, they'll still grasp at straws. Yes, they'll reach for far-fetched curses and pull over on the side of the road in the throes of self-pity, but they'll keep on grasping.

Back in South Philly, Bucci serves up another cheesesteak to one more customer, then elaborates on his doomsday prediction. It's a microcosm of this city's bloodline, a fatalism laced with the faintest trace of enduring hope.

"But if he gets hurt," Bucci pondered back when Wentz still had two healthy knees and championship dreams, "What if Nick Foles comes in and leads us to a Super Bowl? What a story that would be."