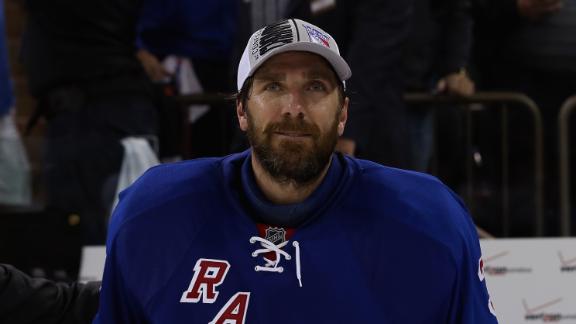 The Stanley Cup finals between teams based in the two most populated cities in the United States has, not surprisingly, turned into a costly affair.

Both the New York Rangers and Los Angeles Kings put a limited number of tickets to each of their first two home games on sale for the public Monday. The face value of Rangers tickets ranged from $480 to $2,490, while Kings seats cost either $349 or $629.

Those who couldn't wait or couldn't get what they wanted took to resale sites and paid even higher prices.

The median price paid for a ticket on resale site StubHub for the first two games in Los Angeles is $628 and $626, respectively.

"It seems like everyone is a Rangers fan now," said Jason Berger, partner in AllShows.com, one of New York City's biggest ticket brokers. "The get-in price for the first two games is now higher than the get-in price to the Super Bowl this year."

Berger said several other factors contribute to the high prices being paid, besides the obvious disposable income coupled with the lack of supply. The renovation of Madison Square Garden has resulted in fewer cheaper seats than previous years, he says, and the general lack of excitement in the New York sports scene has led to fans jumping on the bandwagon.

The last New York team to play in a major sports championship series in New York was the Yankees in 2009, and the Rangers haven't been in the finals since ending their 54-year Cup drought in 1994.

Berger expects the price for the games in New York will fall, as many fans who hold tickets are willing to hold out until closer to game time to see what they can get.

Ticket aggregator TiqIQ said the average listed resale ticket price for Game 3 in New York is $2,197, while Game 4 is $2,347. That doesn't mean there will be enough fans willing to buy at those prices.

The market is somewhat softer in Los Angeles, which is used to playing top dollar for Lakers NBA Finals tickets. But Harris Rosner, who owns VIP Tickets in Los Angeles, said tickets won't be cheap if the Kings take this series to their fourth straight Game 7 this postseason.