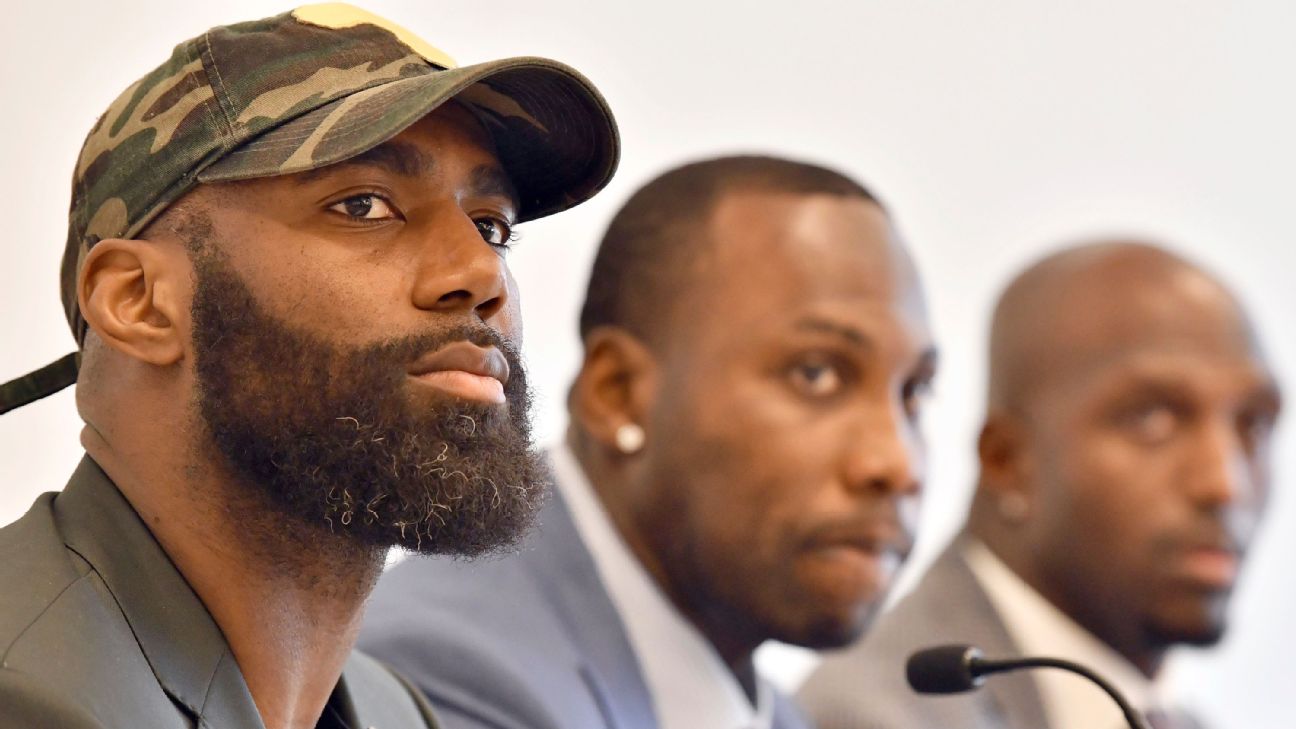 PHILADELPHIA -- Eagles safety Malcolm Jenkins issued a strong response to Dallas Cowboys owner Jerry Jones on Friday, referring to him as a "bully" for requiring his players to stand for the national anthem, while urging owners around the league -- including Eagles chairman and CEO Jeffrey Lurie -- to speak up in support of the players on this issue.

"Jeffrey has been very supportive of us from the beginning," Jenkins said. "I don't see Jeffrey as a bully like Jerry Jones is. Lucky for me, I don't play for the Cowboys. Nor would I want to. I think it's unfortunate that you have owners like him that use his position to intimidate and intentionally thwart even the idea of his players thinking individually or having a voice about issues that affect their communities daily, which is unfortunate. But for them, hopefully you'll have guys challenge that, and they'll have my full support."

Jones recently said the Cowboys' policy requires his players to stand on the field for the national anthem, no matter what rule the league ultimately settles on. Last week, the league announced that there was a freeze on the most recent policy while they work with the NFL Players Association on a resolution.

The sides issued a joint statement Friday, saying they met again and "are encouraged by the discussions and plan to continue our conversations."

The NFL decided in May that teams would be fined if players didn't stand during the national anthem while on the field. The rule forbids players from sitting or taking a knee if they are on the field or sideline during the anthem but allows them to stay in the locker room if they wish. The league left the punishment of players up to the teams.

"I think it's good that they are finally talking to players about it, but we'll see. While you have the NFL office trying to meet with the NFLPA, simultaneously you have Jerry Jones speaking about how not only is he going to ignore the policy of allowing players to go in [to the locker room during the anthem], that everybody has to come out," Jenkins said.

"There's always this kind of, speaking out of both ends from the league, [like] we support our players but then you put in a policy to take away their voices. Hopefully you'll have the majority of owners speak out on whatever side of this that they actually stand."

Asked if he would like Lurie, who has been supportive of his players' efforts in respect to social activism, to speak up, Jenkins replied, "Yeah. He's included in that. I think every owner has a voice and will have to decide what they want to do. I think silence is compliant. And if you don't speak on it, you allow it.

"When you have owners like Jerry Jones who speak so strongly and who has drawn his line in the sand and has been very vocal about it, and you've had other owners be very quiet, Jerry Jones is now the voice of NFL ownership. So unless you have some other owners come out with some definitive statements and support, they're going to allow Jerry Jones to push the narrative of not only NFL owners but NFL as a whole."

In Oxnard, California, Cowboys quarterbackDak Prescottwas asked about Jones' comments and those made by Stephen Jones to KTCK 96.7 FM that players should stand "if they want to be a Dallas Cowboy."

"I don't necessarily listen to it," Prescott said. "It has no effect to me because I do exactly what I'm doing, what I've said and what I stand by whether I was wearing the star or not or whether I was playing for Jerry Jones, Stephen Jones or any other owner. I believe in what I believe in and that's that."

Prescott said he never protests and doesn't believe that protesting during the national anthem at a football game is the right "venue to do so."

"So for me, I'm all about making a change, making a difference, and I think this whole kneeling and all that was all about just raising awareness. The fact that we're still talking about social injustice years later, I think we've got to that point. I think we've proved and we know that there's social injustice. So I'm up for taking a next step that whatever that step may be for action and not just kneeling. I've always believed in standing up for what I believe in, and that's what I'm going to continue to do."

Prescott, however, said that he respects the decisions of other players who choose to protest during the anthem.

"I mean, yeah, I respect what all those guys believe in. If they believe that it's going to make a change and it's making a difference, then power to them. But for me, I think it's about doing something, action. It's not about taking a knee. It's not necessarily about standing," he said. "We can find a different place to make our country better. Obviously, as I said, I'm not naive and I'm very aware of the social injustice that we have going on, but I'm about the action that we can do to fix it rather than just silent protest."