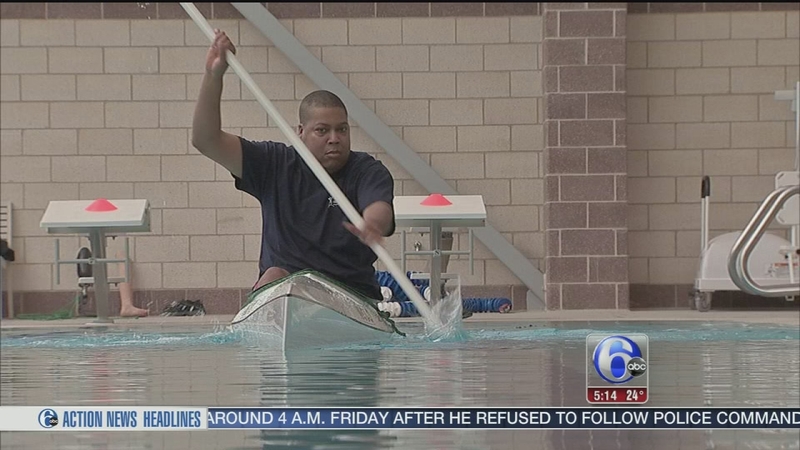 MAPLE SHADE, N.J. (WPVI) -- A Maple Shade man, battling lupus and who lost his leg in the line of duty, is competing for a spot on the 2016 Paralympic Team.

He was an athlete, playing tennis in college before he lost his leg in 2006.

An injury in the line of duty as a police officer in Maryland, exacerbated the Lupus, an auto-immune disease he suffered from years before.

"Between the disease and everything else, it's a quality of life thing, it's also how I have to stay healthy. I have to keep active," said Holiday.

Holiday suffered ten heart attacks and the leg sores from his lupus prevented him from being properly fitted with a prosthetic.

That is until he met Kevin Towers at Prosthetic Orthotic Solutions International in Marlton.

"The prosthetic he's wearing right now is actually held on with suction. There is a pump that's integrated into the foot that pulls the vacuum around the leg and cuts down the discomfort that a traditional prosthesis might give him," said Towers.

"Switching from the one provided to Kevin has made all the difference with just my quality of care, my goals and all my medals I've won," said Holiday.

He also beat out able-bodied contenders in his age group.

Holiday has two competitions and potential trials coming up in April for the Para-Canoe World Cup.

"Finding the ability to compete again and the opportunities, especially to have the possibility to represent your country, I don't know who wouldn't want that dream," he said.