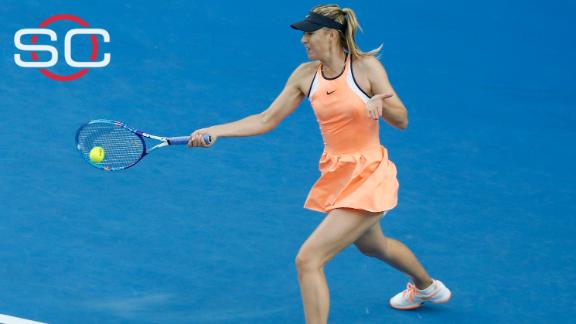 MELBOURNE -- There was much pre-Australian Open focus on Serena Williams' four-month layoff from tournaments and what her return would be like. Maria Sharapova had missed a fair amount of tournaments over recent months as well, though.

After losing to Williams in the semifinals at Wimbledon last summer, Sharapova didn't play in another tournament until Wuhan at the end of September due to a lingering right leg injury. She lost her only match there, reached the semifinals of the WTA Finals and played in the Fed Cup in the middle of November, but pulled out of Brisbane this month due to a sore left forearm.

Sharapova says her arm and her health are fine now, and it certainly looked that way when she returned to the court for Monday's first-round match. Sharapova whipped No. 56 Nao Hibino in straight sets, 6-1, 6-3.

"I haven't played any matches in many weeks," Sharapova said. "This is just great to come out here and start my season at the Australian Open. I'm quite pleased with the way I played tonight.

"There's always a little bit of nerves, sometimes more, sometimes less, going into any Grand Slam, but especially when it's your first tournament of the season. Just a different feeling. I try not to focus so much on the opponent or the atmosphere and just really focus on myself and try to bring the positives of a good training week, just try to execute that and keep it simple."

Hibino was making her debut in a Grand Slam and she did so against the player she says inspired her to get into the game. She said she even still has three posters of Sharapova hanging on the wall of her bedroom. "She's got to take those off," Sharapova said. "It's time to put her posters up there."

It didn't look like Hibino would have much to remember from her debut against her idol when she quickly lost the first set and then rapidly found herself down 4-0 in the second. But Hibino rallied a bit to win three games while Sharapova made some errors before finally recovering to win. She said she served well -- she had 11 aces -- but could have returned better.

Asked about her memories of her own Grand Slam debut, Sharapova replied, "That was way too long ago, it makes me feel really old." She said she does remember playing here for the first time and later winning a title here. "And I would love to have a repeat," she said.

Can she? Sharapova plays No. 105 Aliaksandra Sasnovich in the second round but faces more formidable challengers down the line, including her nemesis, Williams. Sharapova lost to Williams in the final here last year (as well as in 2007). If both advance, they would meet in the quarterfinals, which makes this draw less than ideal for Sharapova. She has lost to Williams 17 consecutive times.

Asked over the weekend about the difficulty of the second week, Sharapova said, "I look at the draw and I know who's here. Ultimately, you know all the players that are competing here. It's no secret who you're going to be playing. I mean, you're bound to face somebody good from the first round on. There's a reason why these players are in the draw." 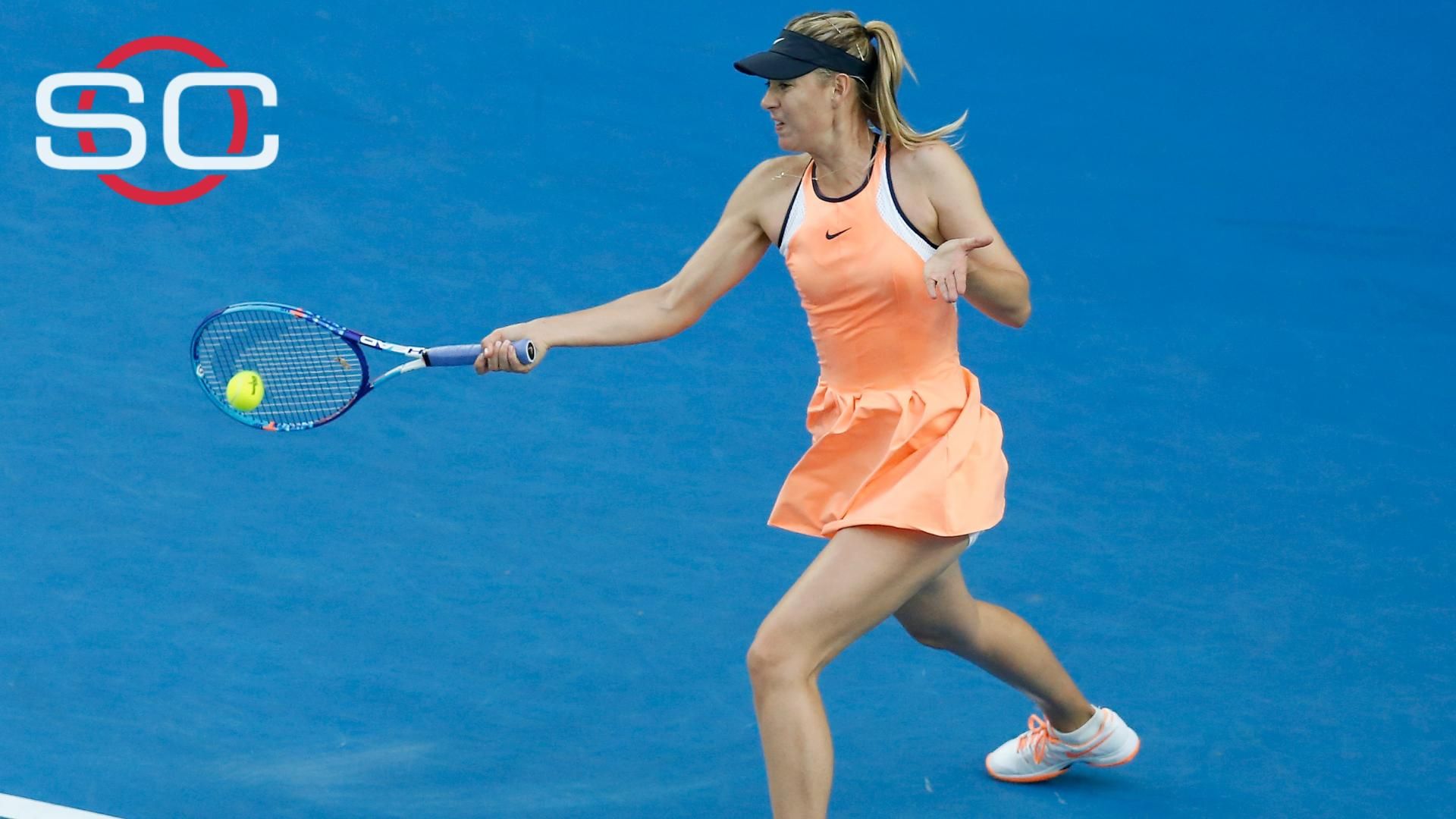 Sharapova dispatches Hibino
Maria Sharapova beats Nao Hibino 6-1, 6-3 to advance to the second round of the Australian Open.