Mark Cuban says DeAndre Jordan 'knew I was in town' 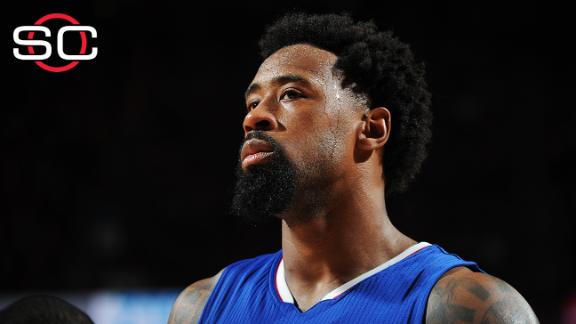 Dallas Mavericks owner Mark Cuban has detailed Tuesday's events, when he traveled to Houston to try to talk to DeAndre Jordan, in a message to fans on social media.

In a post sent Friday morning on his messaging app, Cyber Dust, Cuban gave his side of the story from the day before Jordan reneged on his verbal commitment to the Mavs and re-signed with the Los Angeles Clippers. Jordan did not respond to any of Cuban's attempts to contact him on Wednesday, Cuban said, when the center welcomed a Clippers contingent to his home that included team president and coach Doc Rivers, owner Steve Ballmer and teammates Chris Paul, Blake Griffin, J.J. Redick and Paul Pierce.

Jordan took to Twitter on Friday evening to issue an apology to Cuban and the Mavericks, although Cuban told ESPN.com he still had not had any communication with Jordan since Tuesday night.

Cuban began his post with a veiled reference to ESPN's Chris Broussard; Cuban took issue with a portion of a Broussard tweet in which sources described Cuban's attempt to track down Jordan in Houston. Of that tweet, Broussard said Friday: "I should have attempted to contact Mark Cuban before reporting what my sources were telling me. I always try to carry myself with honesty and integrity both personally and professionally. I recognize that I tweeted hastily, I'm sorry for it, and I will learn from my mistake."

Cuban then went on to detail his communication with Jordan. "Through all of Monday we were texting back and forth discussing players available, the amount of cap room we had left. Who our staff liked. How excited he was," he wrote.

"Then on Tuesday the communications basically stopped and we started hearing rumblings from multiple people that something was up.

"So I flew to Houston and got a room at the galleria, which is just a few minutes from his house. I had my driver take me to his house. It's inside a small gated community but the gate was wide open. So we drove in and I literally walked right up to his door.

"There was no one home. So I texted him saying that I was there. I know something is up. Let's talk. He texted me that he was on a date."

Cuban wrote that he told Jordan to have fun and offered to "come by there and say hi" or take Jordan and his date back to Dallas for a night out. Jordan did not respond.

After about 10 minutes, Cuban wrote, he returned to his hotel. He "didn't think it was right" to sit in front of Jordan's house.

Once at the hotel, Cuban wrote that he texted Jordan: "Have fun on this date and we will talk," and received an immediate reply from Jordan thanking him.

"He knew I was in town," Cuban wrote. "He knew I was close by. I knew something was up. I was getting the same reports that everyone else was.

"I also knew his agents were coming to town. It made sense that he would talk to them and worst case, even if he was having second thoughts the agent would be able to give me updates.

"Like any big career move it's natural to have second thoughts. So while I was concerned, I still wasn't worried. So I went to bed."