The Mavericks also will send Justin Anderson and a conditional first-round pick to Philadelphia.

Bogut told ESPN's Tim MacMahon that he is considering his options, including requesting a buyout if he's not traded to another team.

Bogut will remain playoff-eligible for his next team as long as he is released by the 76ers by March 1. The Cavaliers' interest in acquiring Bogut has been well chronicled, while sources told ESPN on Thursday that San Antonio and Houston also intend to court him once he clears waivers.

Because his last team was Dallas and not Golden State, Bogut also is eligible to return to the Warriors. Sources told Stein, however, that Golden State, to this point, has been focused on backcourt upgrades in the buyout market. While the Warriors remain open to all options, they are likely to target guards in the buyout market or stick with Briante Weber as his second 10-day contract nears completion, sources said.

If Philadelphia does not receive the Mavericks' top-18 protected draft pick this season, the pick converts to two second-round choices, one in 2017 and one in 2018, sources told ESPN's Zach Lowe.

Bogut, a 12-year veteran who has started his entire career, was moved to the bench last month because the Mavs struggled with him playing next to Dirk Nowitzki.

Noel, in his third NBA season, is averaging 8.9 points and 5.0 rebounds in 29 games. He clashed with the Sixers at times during his stay due to a logjam in the frontcourt that also included Jahlil Okafor and Joel Embiid.

The addition of Noel, 22, fits Dallas' dual goals of fighting for a playoff spot and preparing for a post-Nowitzki future.

"Nerlens Noel gives us something we desperately need -- a young big who is a high-level rim protector and lob threat and has a high basketball IQ," Mavericks coach Rick Carlisle said. "We look forward to getting him to Dallas and integrated with our team as soon as possible."

Noel will be a restricted free agent after next season, which means the Mavericks can offer him more money and years than any other team. Dallas also can match any offer sheet.

"He's an athletic big, he's young and he's got a lot of potential," Nowitzki said about Noel. "He's a rim protector. He's long and he can finish around the rim. That's what I guess they were looking for. ... A guy that can roll and really sucks the defense in helps all of us, not only myself. That's what our offense is -- the big guy needs to roll and be a presence at the rim on both ends. If he's healthy, he can do that."

Noel is expected to make his Dallas debut Saturday at home against New Orleans.

ESPN's Marc Stein, Tim MacMahon and The Associated Press contributed to this report. 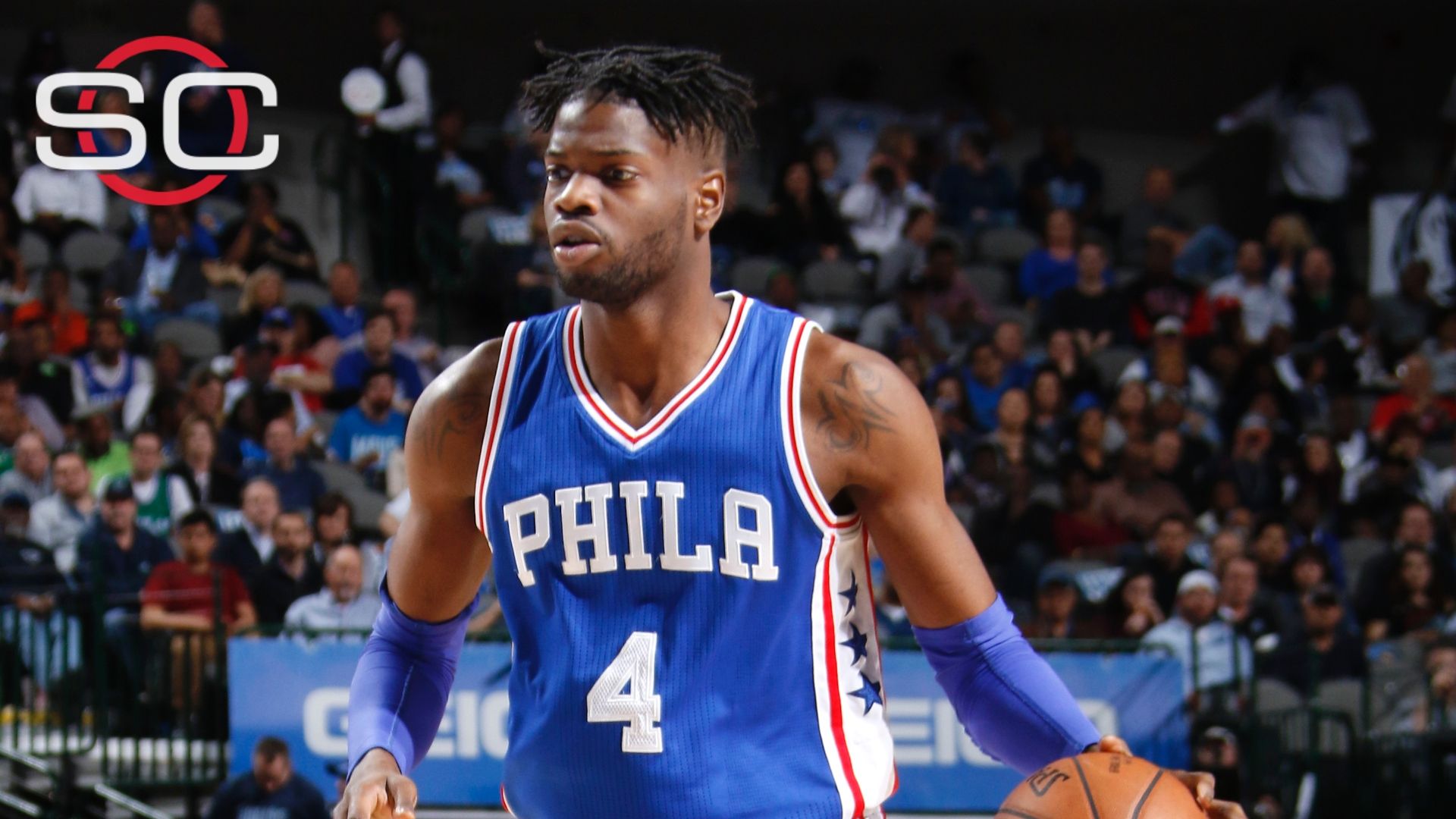