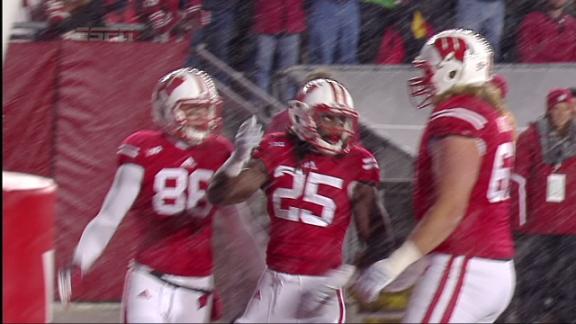 Wisconsin Badgers tailback Melvin Gordon has set the FBS record for rushing yards in a game, reaching 408 yards on a touchdown run at the end of the third quarter against the Nebraska Cornhuskers on Saturday.

Gordon broke the record of 406 yards, which was set by TCU's LaDainian Tomlinson against UTEP in 1999.

It was Gordon's fourth touchdown run of the night. He had 25 carries.

Gordon did not re-enter the game when Wisconsin started its first series of the fourth quarter.

As a comparison,Wake Forest has played 10 games this season and has rushed 317 times for 341 yards.

The all-time NCAA Division I record is 437 yards, which was set by North Carolina A&T's Maurice Hicks in 2001 against Morgan State.

The NCAA all-division record is 441 yards by Marietta's Dante Brown against Baldwin Wallace in 1996. 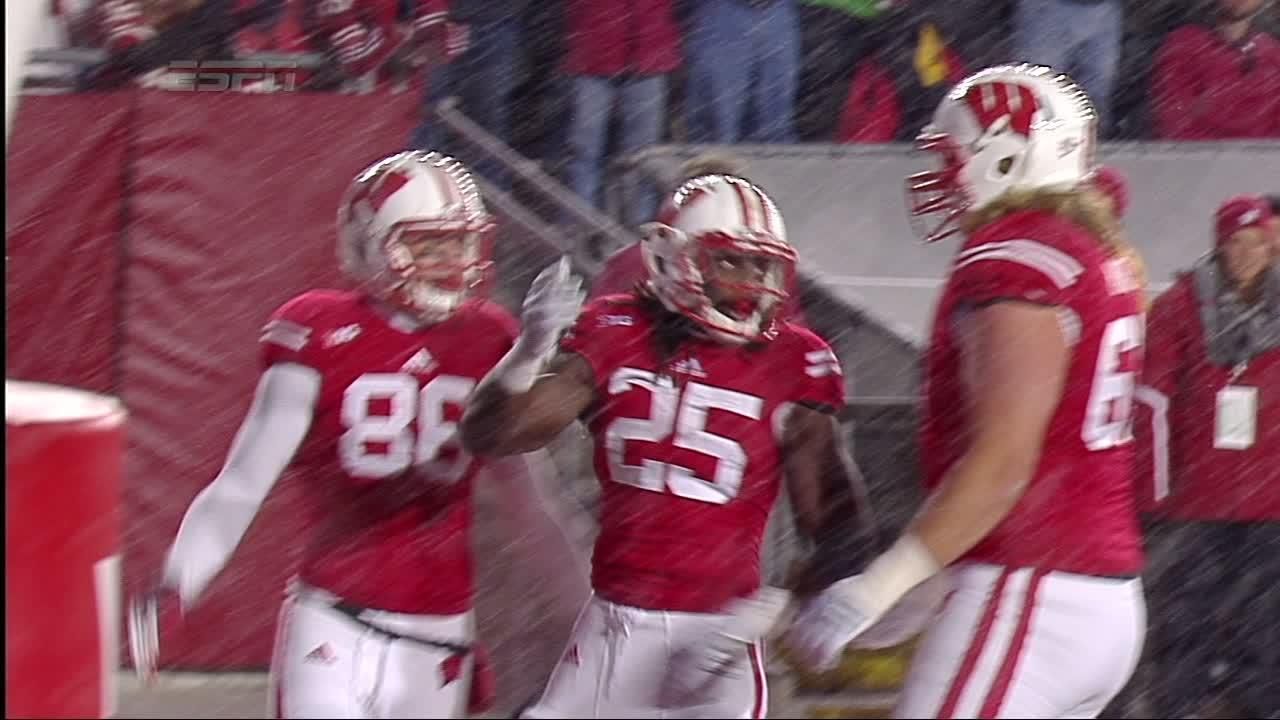