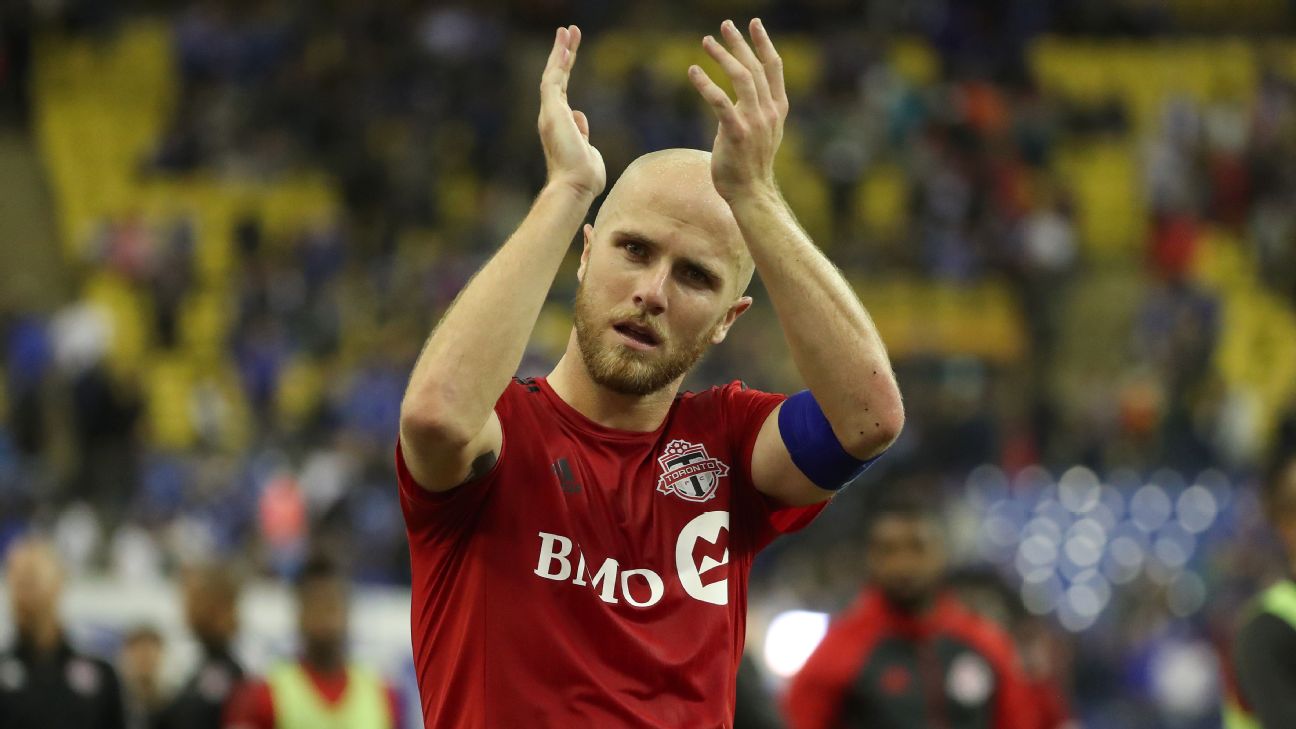 Michael Bradley scored two goals to lift visiting Toronto FC past the Philadelphia Union 3-1 in the season opener for both teams on Saturday.

Mexico intenrationalMarco Fabian scored a goal on a penalty kick in his debut with the Union.

In the third minute of first-half stoppage time, Bradley found himself wide open and tapped it home for his 10th career goal in Major League Soccer and a 1-0 Toronto FC lead.

Picault had a relatively easy opportunity to tie the game in the 50th minute but was unable to get a clear shot following Ilsinho's strike into the box.

Bradley put Toronto FC up 2-0 in the 62nd minute for his 11th career goal. The ball bounced off Blake's hands and Bradley drilled a shot in the box into the back of the net.

The Union received a penalty kick when Osorio was called for a handball in the box. Fabian scored in the 73rd minute to get within 2-1.

Ciman saved a potential equalizer by barely booting a potential goal off the line by Sergio Santos in the 76th minute.

DeLeon sealed the win with a goal in the 94th minute.

Neither time could find the net prior to Bradley's first goal.

In the eighth minute, Toronto FC defender Laurent Ciman attacked the goal but went down after appearing to get spiked in the head by Union forward Fabrice-Jean Picault. After a couple of minutes, Ciman was able to remain in the game.

Philadelphia's Alejandro Bedoya nearly scored in the 25th minute when he headed a corner kick off the post.

DeLeon had a solid scoring chance from about five yards out, but Philadelphia goalkeeper Andre Blake made a spectacular diving save in the 32nd minute. On the rebound, the Union were whistled for a handball in the box.

Jonathan Osorio took the penalty kick in the 34th minute and Blake made the save to keep the game scoreless.

In the 40th minute, Ilsinho fired a shot from about 20 yards out and Toronto FC goalkeeper Alex Bono deflected the shot out of bounds. 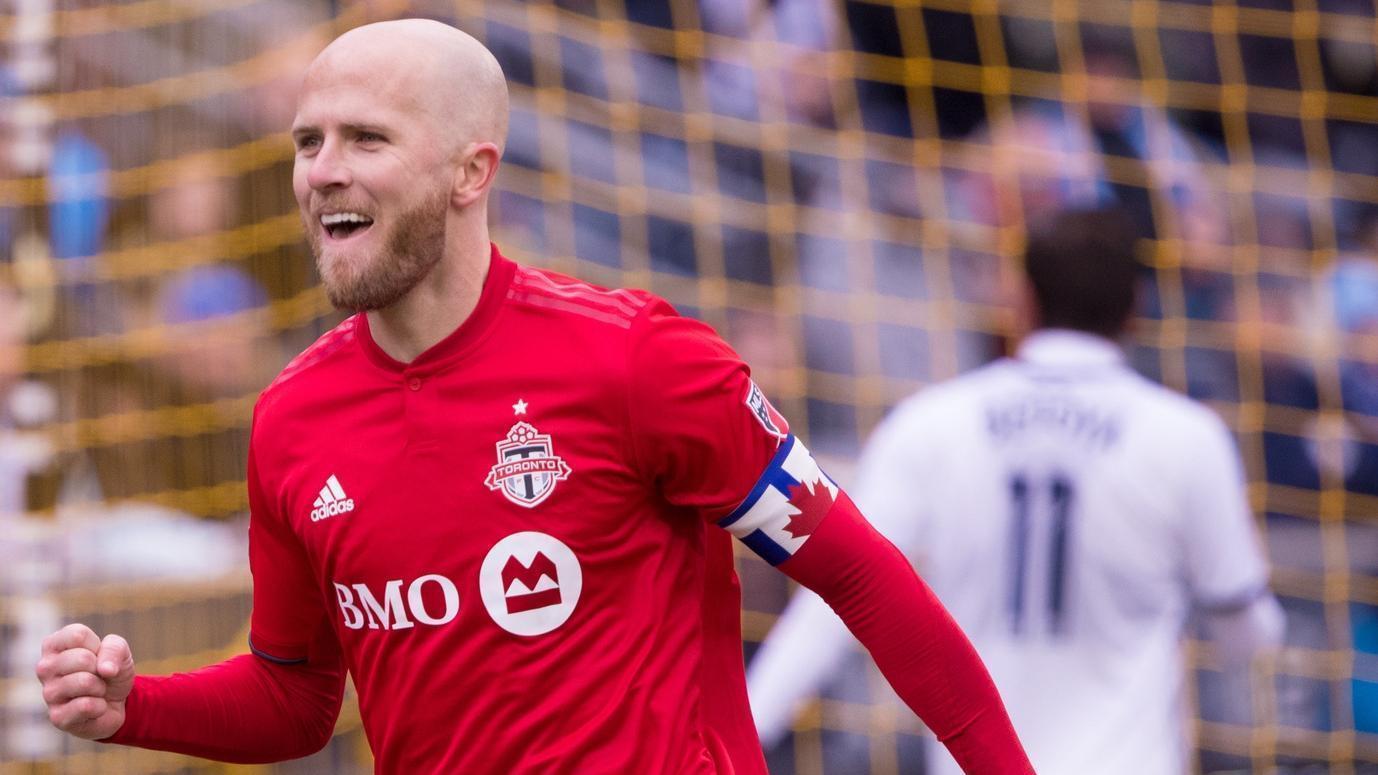 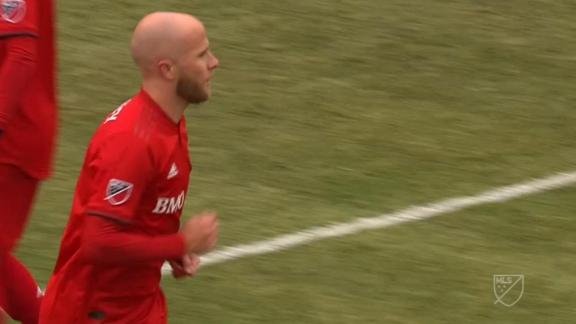 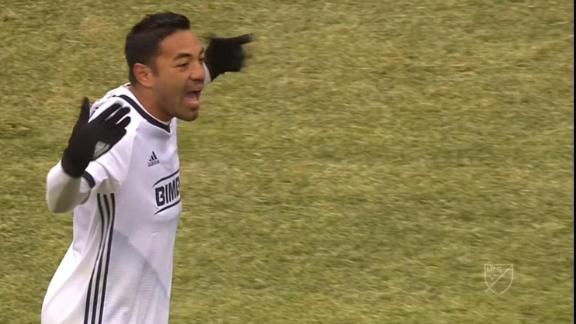 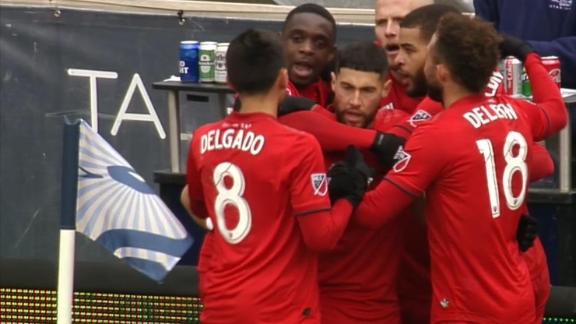