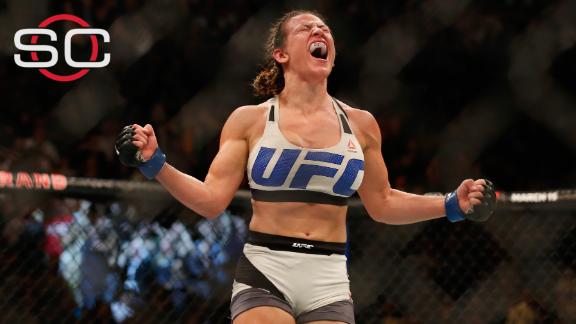 LAS VEGAS -- Less than four months after her stunning win over Ronda Rousey, Holly Holm's time as a UFC champion is over.

Miesha Tate (18-5), who late last year admitted she was considering retirement, submitted Holm with a rear-naked choke at 3:30 of the final round of their 135-pound title fight Saturday night in the co-main event of UFC 196 inside MGM Grand Garden Arena.

Presumably down on the scorecards entering the fifth round, Tate latched herself onto Holm's back during a scramble in the center of the cage. Holm stood, wearing Tate as a backpack. Tate sneaked her right arm under Holm's chin, and in a final desperate attempt to break free, Holm front flipped to the ground.

Holm (10-1) refused to tap. She went unconscious, still throwing punches into the air in front of her.

"I let my guard down, and it cost me the fight," Holm said in her postmatch news conference.

UFC president Dana White joined SportsCenter on Saturday night to declare that Tate's first bantamweight defense will come against Rousey, who has not set a return date.

White said he contacted Rousey, who was not watching Saturday's fight.

"I text Ronda, and she said, 'What happened?'" White said. "I said, 'Miesha just choked her unconscious.' She said, 'Looks like I gotta get back to work.'"

Rousey's two previous wins against Tate each came via armbar. Holm said she wanted a rematch against Tate but would take any opportunity UFC provided.

White said Rousey doesn't plan to fight until the fall, but he will inquire of her interest to fight Tate earlier than that.

"I feel we had a great game plan," said Tate, a former Strikeforce titleholder. "She's very dangerous. She's capable of catching anyone at any moment. She's a calculated fighter. I thought I had to be like a pit bull with a bone [with the choke]. I knew she wasn't getting out of that one."

Until that final sequence, it looked as if it would be a what-if kind of night for Tate. She took Holm down in the second round and eventually took her back with 90 seconds to work. Twice she threatened to finish with a rear-naked choke only to have Holm barely fight her off.

Things largely went according to plan for Holm, who fights out of Jackson Wink MMA in Albuquerque, New Mexico. She maintained distance against Tate well and stuffed the majority of her takedowns. Holm caught her with a couple left hooks and racked up points on the scorecards with jabs and side kicks. She reddened Tate's face with punches in the first round.

Holm was motivated to train and reinsert herself into the title mix as soon as possible, even declaring her desire to fight Tate again as soon as she can.

"I want to fight Miesha tomorrow," Holm said. "...I'm more anxious to get in and train right now than I have been in a long time."

She rebuffed criticism of her decision to defend her title before she had the chance to face Rousey in a rematch.

According to immediate stats by Fightmetric, Holm outstruck Tate 68 to 65, although that was mostly due to a 29-1 Tate advantage in the second round.

Tate, 29, has now won five fights in a row. She said late last year she wasn't sure if she would continue her career, after UFC skipped over a promised title shot to book a fight between Holm and Rousey.

At the MGM sportsbook, Holm closed as a 3.5-1 betting favorite.

Holm: I want to fight Miesha again tomorrow
Holly Holm doesn't regret facing Miesha Tate instead of waiting to fight Ronda Rousey again. Holm credits Tate for the win by saying, "I let my guard down, and it cost me the fight". 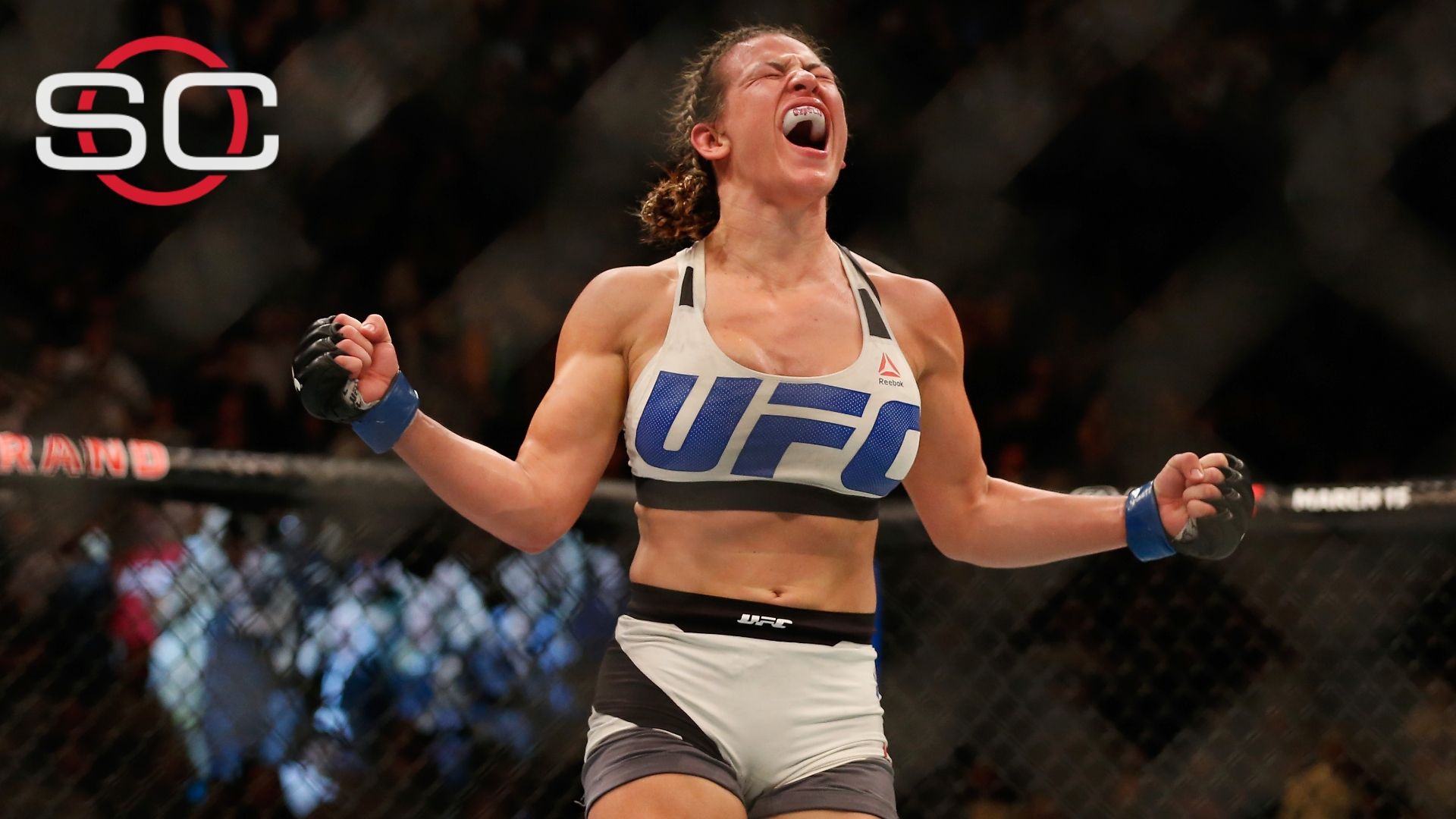 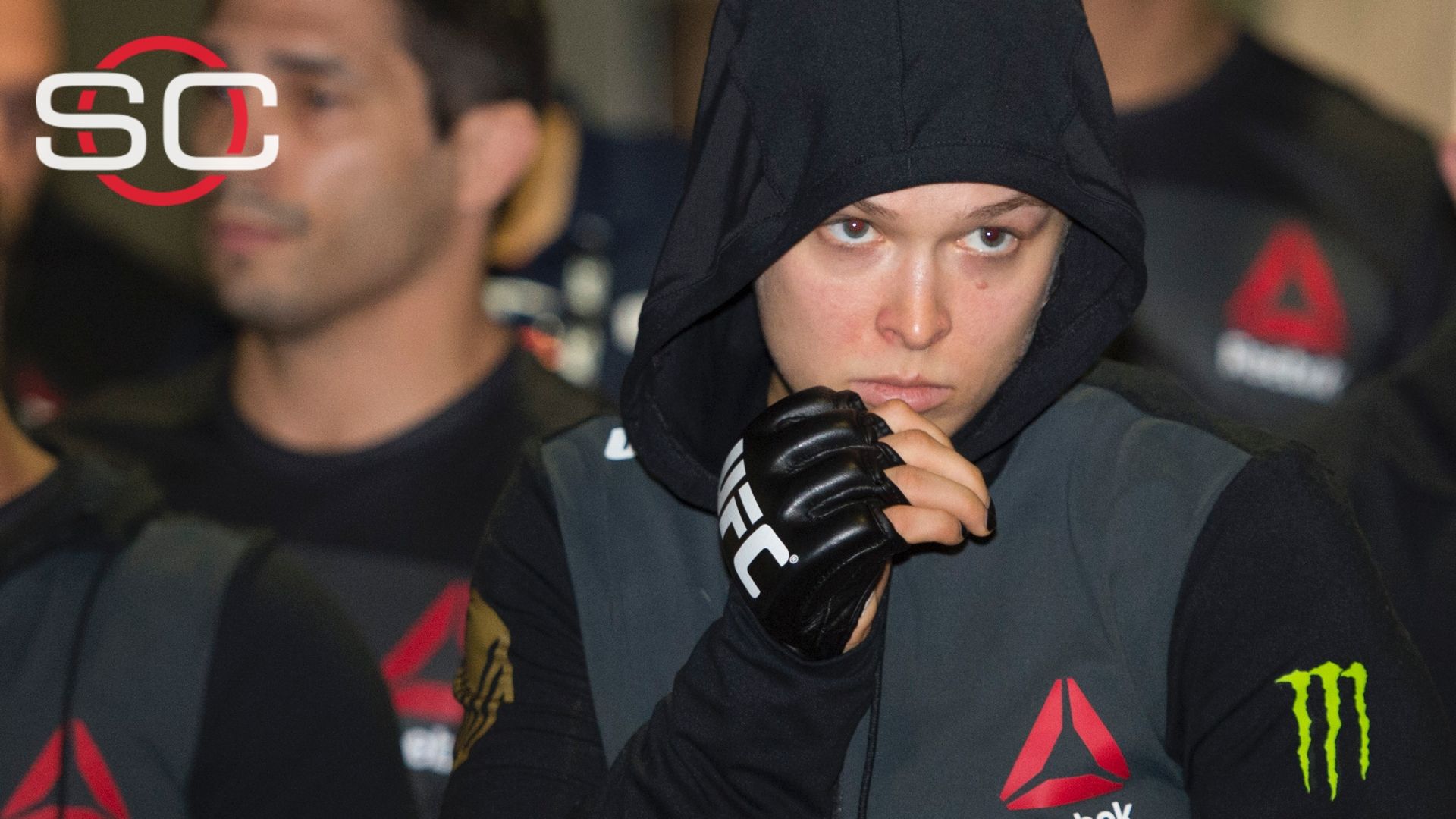 Rousey tells Dana: Time to get back to work
Ronda Rousey didn't watch Miesha Tate beat Holly Holm, but when she found out the result of the fight, she tells Dana White it's time to get back to work. White tells SportsCenter when he'd like to see the trilogy fight between Tate and Rousey happen.
Related topics:
sportsespnmmaholly holmtitlemiesha tatebantamweightespnwdana whitemma ufcufcsubmissionronda rouseyufc 196champion
Copyright © 2021 ESPN Internet Ventures. All rights reserved.
More Videos
From CNN Newsource affiliates
TOP STORIES