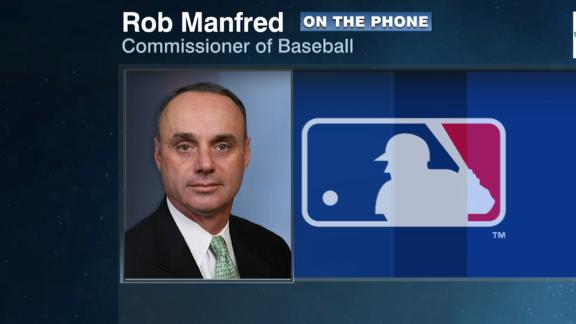 Commissioner Rob Manfred says the minority-hiring issue that Major League Baseball currently faces can start to be resolved with entry-level positions and not just focusing on top jobs.

"I think it starts with respect to entry-level jobs," Manfred said Tuesday during an appearance on Mike & Mike on ESPN Radio. "We've been engaging with the clubs as they go through the fall and begin to rebuild front offices -- there's various people moving around and get promoted -- that there needs to be significant minority representation at entry-level jobs.

"And the reason I think those entry-level jobs are so important is it helps us build a pipeline of qualified diversity candidates -- male, female, African-American, Latino -- who are available to interview for top jobs. I don't think you can just start at the top."

The possibility exists that MLB could begin next season without a black manager. The Atlanta Braves' Fredi Gonzalez, who is of Hispanic origin, is the only current minority manager among the 30 big league clubs.

Lloyd McClendon, baseball's only black manager, was fired by the Seattle Mariners after the regular season and has been replaced by Scott Servais. The Washington Nationals are still in the market for a manager and reportedly are considering longtime big league skipper Dusty Baker, who is black.

Next year could be the first season since 1987 with no black manager in the major leagues, according to Richard Lapchick of the Institute for Diversity and Ethics in Sports at the University of Central Florida. There also was no black manager in the majors from 1984 through 1986. Along with making sure teams comply with the "Selig rule," MLB is designing a program with executive search firm Korn Ferry to help minority candidates hone their skills in interviews and strengthen the "pipeline" of minorities, Manfred said.

"I think the Selig rule for us and the Rooney rule for football are important pieces of the puzzle," Manfred told ESPN's Mike & Mike. "And we're committed to the idea that minority interviews are important, and we'll continue to require the clubs to do it."

Manfred said Korn Ferry would work with minority candidates to "make sure they're as well prepared as possible" for the interview process.

"The goal, after all, is not to get minorities an interview; the goal is to get them a job," Manfred told Mike & Mike on Tuesday. "So we're going to try to expand our program over the offseason. We're committed to this, and you'll see progress on this issue over the long haul." 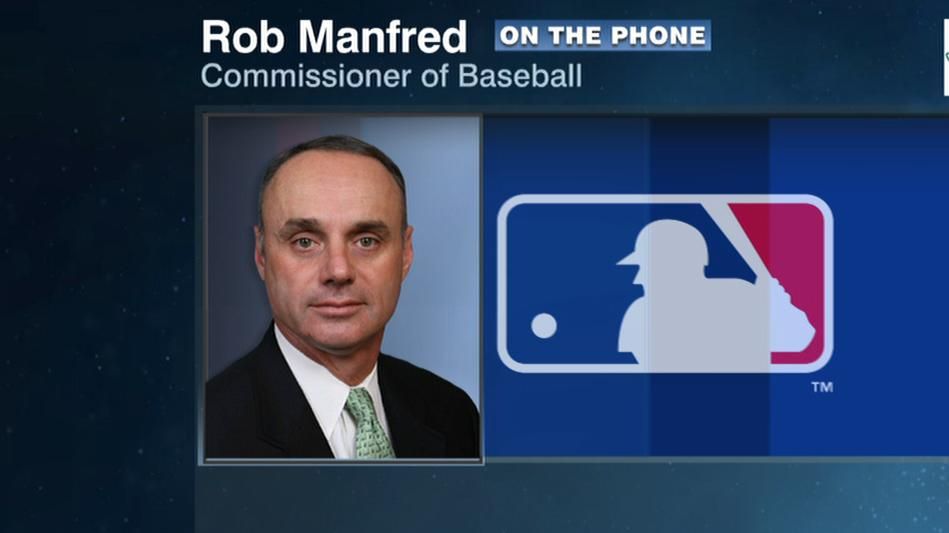