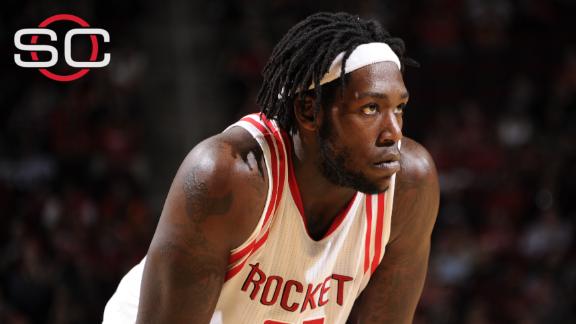 Harrell will miss the final three games of Rio Grande Valley's regular season and is ineligible to be recalled by the Rockets until his suspension is fulfilled, which likely will mean sitting out the Vipers' first two D-League playoff games.

Bakersfield forward Derek Cooke Jr. also was suspended one game without pay for pushing Harrell at the final buzzer of Saturday's contest.

Referee Jason Goldenberg got between the players, and Harrell pushed Goldenberg to the ground. Players from both teams and security ran onto the floor, and no further incidents occurred.

The National Basketball Referees Association released a statement Monday saying: "Harrell committed a deliberate assault and battery against Referee Goldenberg. Anything less than a multiple game suspension would constitute a green light for violence against officials."

Harrell, a second-round pick out of Louisville, has played in 38 games for the Rockets (one start), averaging 9.8 minutes. He has been assigned to the D-League five times this season. In 12 games with the Vipers, Harrell has averaged 24.3 points and 9.3 rebounds.