The NBA announced Friday that the board of governors has approved a three-year pilot program to allow teams to sell a corporate logo on their jerseys.

Teams can now start pitching companies on buying a 2.5-inch-by-2.5-inch space as the NBA becomes the first of the four major U.S. sports leagues to put ads on regular game-day jerseys.

The first season of the program will be in 2017-18, which will also be the first season that Nike makes the NBA's uniforms after taking over from Adidas. The Adidas logo is not currently on game jerseys.

"It's my hope, independent of whatever additional revenues are generated through this patch program, that the greatest impact will be in this amplifying effect of companies choosing to associate directly with a team jersey, then going out and promoting that relationship to the largest market," NBA commissioner Adam Silver said.

Silver said the league had calculated that the program will be worth about $100 million a year. It's a small opportunity relative to the league's overall revenues, which Silver said are projected to be $7 billion in the 2017-18 season.

Silver said Friday that the Nike swoosh will appear on every jersey for 29 of the league's teams, but that the Charlotte Hornets will likely have the logo of the Nike-owned subsidiary Brand Jordan because the team is owned by Michael Jordan.

The money will be counted as basketball-related income and, therefore, split with the players. What isn't yet clear is how a team will resolve a conflict if a company buying a patch is a competitor of a company that endorses that team's star player.

Silver said that the NBA must also have conversations with its TV partners, ESPN and Turner, as well as the league's top sponsors, based on who the jersey ad sponsors turn out to be.

Silver said there is "enormous uncertainty" around the patch program, which is one reason the initial idea is to restrict sales to a three-year period. The plan is also facing some backlash from fans who want to see the jerseys remain commercial-free.

"There's a reason this is a pilot program," Silver said. "We listen very closely to our fans."

As a compromise, jerseys sold to fans will not include the corporate logo, although teams will have the option of selling a version that includes the logo.

Silver does, however, say he believes that having logos on jerseys makes more sense today than it did even five years ago, when the idea of selling the spot was broached.

"The media landscape is changing," Silver said. "People are watching less live television outside of sports. People are watching fewer commercials. This will become an important opportunity for companies for connecting directly with their consumers."

The Houston Rockets, though, were one of two teams to vote against the program, said owner Leslie Alexander, who noted that the reason was because a certain percentage of the money goes to other teams as part of the revenue pool.

"We didn't think that was fair. We have revenue sharing already and we think that is fair," Alexander said.

ESPN.com'sCalvin Watkins contributed to this report.

Is NBA right to put ads on jerseys?
Amin Elhassan, Raja Bell and Rachel Nichols share their thoughts on the NBA announcing they will be placing ads on jerseys beginning in the 2017-2018 season. 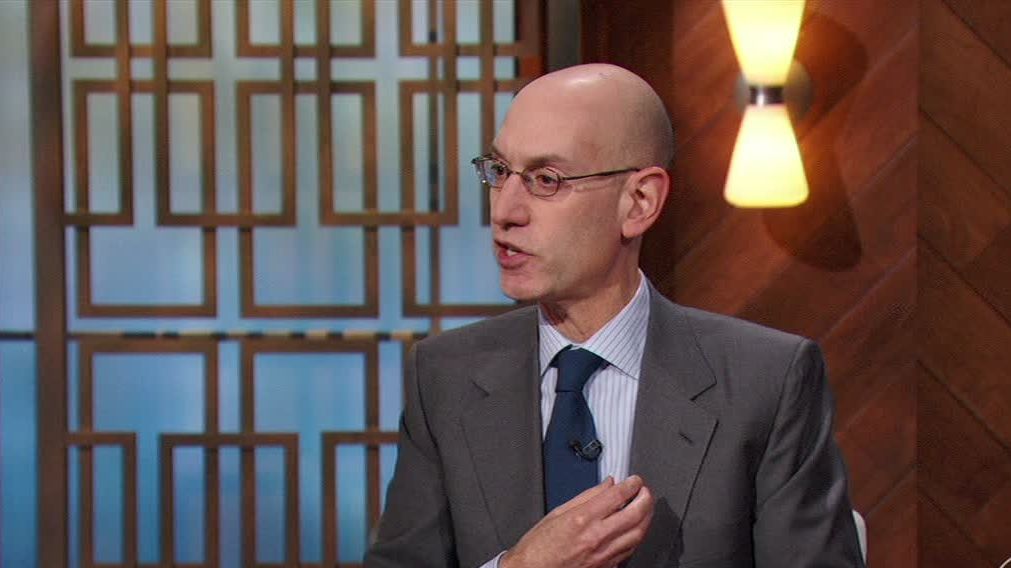 Are ads on NBA jerseys inevitable?
NBA commissioner Adam Silver joins The Jump to explain why placing advertisements on jerseys is an "additional investment" in the league and to break down why it shouldn't affect the fan experience.
Related topics:
sportsespnadjerseynba
Copyright © 2022 ESPN Internet Ventures. All rights reserved.
TOP STORIES
Building owner charged in fire that led to firefighter's death
Witness: Trump grabbed steering wheel, demanded to go to Capitol
Carry permits expected to skyrocket in NJ after SCOTUS ruling
Neighbors tired of pickleball noise: 'It's as loud as a rock concert'
Epstein associate Ghislaine Maxwell sentenced to 20 years in prison
Off-duty corrections officer robbed, carjacked in Philadelphia
SCOTUS abortion decision: Women of color will likely be most impacted
Show More
Bryce Harper set for thumb surgery, Phils hope he plays this year
Injuries reported after crash involving Philly police vehicle
Black bear dies after getting stuck inside hot car in Tennessee
$6 billion will be infused into Navy Yard to make it a 'destination'
Grandmother of Uvalde school shooter released from hospital
More TOP STORIES News