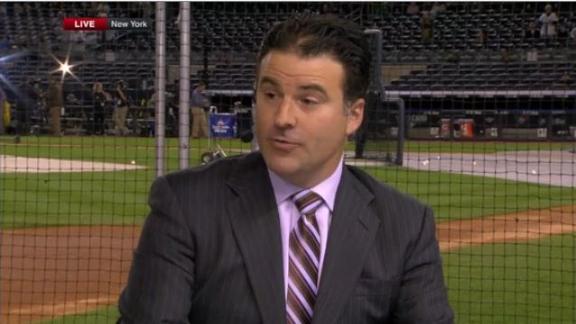 New York Attorney General Eric Schneiderman announced he has launched an inquiry into DraftKings and FanDuel on Tuesday night to look into possible advantages daily fantasy company employees might have gained by using the data of their company to win prizes in contests offered by a competitor.

In letters Schneiderman's office says it sent to FanDuel CEO Nigel Eccles and DraftKings CEO Jason Robins, which have been shared with ESPN.com, Schneiderman asks the two if they could provide names and titles of employees who compile player data, set roster values, deal with ownership percentages for pending and historical contests and aggregate the success of players that play on their sites. Schneiderman is seeking this data covering the last year.

Schneiderman's letter also seeks to understand where the data is stored, what protocols are in place to protect that information and what the company policy is regarding the sharing of that information.

The industry came under scrutiny when it was widely learned that DraftKings employee Ethan Haskell published data revealing what players were included on most rosters. The next day, Sept. 28, Haskell finished second in a million-dollar fantasy contest on competing daily fantasy site FanDuel and won $350,000.

Since knowing player ownership percentages across the site could provide an advantage before locking in a roster on a rival site, DraftKings said it looked into Haskell's incident and found that he did not receive the data until 40 minutes after his roster was locked on FanDuel. Schneiderman asks DraftKings for more specifics about its investigation into Haskell, including how he might have received access to the data and who would have given it to him. Schneiderman is giving FanDuel, which is based in New York, and DraftKings, which is based in Boston, a week to respond to his questions.

Representatives from both companies could not immediately be reached for comment.

Up until Tuesday, FanDuel and DraftKings employees were allowed to play on rival sites for money. That has temporarily been halted as the two companies assess the situation.