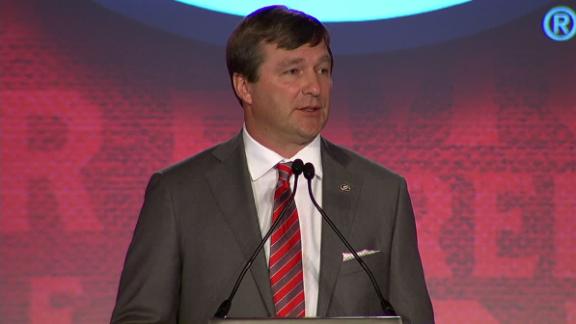 HOOVER, Alabama -- NewGeorgiacoach Kirby Smartanticipated not having one of his star running backs available at the start of preseason camp, but he didn't expect both to be sidelined.

The coach isn't sure how much either one of them will be available for the Sept. 3 opener againstNorth Carolinain the Chick-fil-A Kickoff Game atthe Georgia Dome in Atlanta.

"It makes it tough," said Smart, who was speaking at his first SEC Media Days as Georgia's head coach on Tuesday. "I think it's a little more stressful for the coaches, especially the offensive coaches, on how we handle those first two scrimmages. Our identity is being big and physical and we want to run the ball. Well, our two backs that are best at doing that have two question marks by them."

Chubb, who ran for 1,547 yards as a freshman in 2014 and had 745 yards in the first five games last season, is still recovering from torn knee ligaments and cartilage damage in his left knee. He underwent surgery on Oct. 23, after injuring his knee on his only carry in a 38-31 loss at Tennessee on Oct. 10.

Chubb, a junior from Cedartown, Georgia, was able to participate in spring practice, but was held out of all drills involving full contact.

"The big thing with Nick is going to be live, full-contact tackling," Smart said. "He'll do pretty much everything in the first part of camp. He'll catch the ball and do drills and a lot of the thud work. The psychological part of going through the first tackling is going to be a big thing for him. We have people working with him on that aspect of it."

Michel, a junior from Plantation, Florida, underwent surgery on July 4 after breaking his left forearm in an ATV accident a day earlier. Smart said Michel suffered an open wound and wasn't released from the hospital until Friday.

Michel ran for 1,161 yards with eight touchdowns last season, with much of his production coming after Chubb's injury.

Although doctors initially projected Michel's recovery would take six to eight weeks, Smart said he isn't sure when he'll be back.

"We don't know," Smart said. "It's an injury they don't have a lot of experience with because it's a non-football injury."

Last season, Smart was Alabama's defensive coordinator when running back Kenyan Drake broke his left arm in a 31-6 win at Mississippi State on Nov. 14. Drake didn't suffer a compound fracture and was able to return to action three weeks later in the Tide's 29-15 victory over Alabama in the SEC championship game. 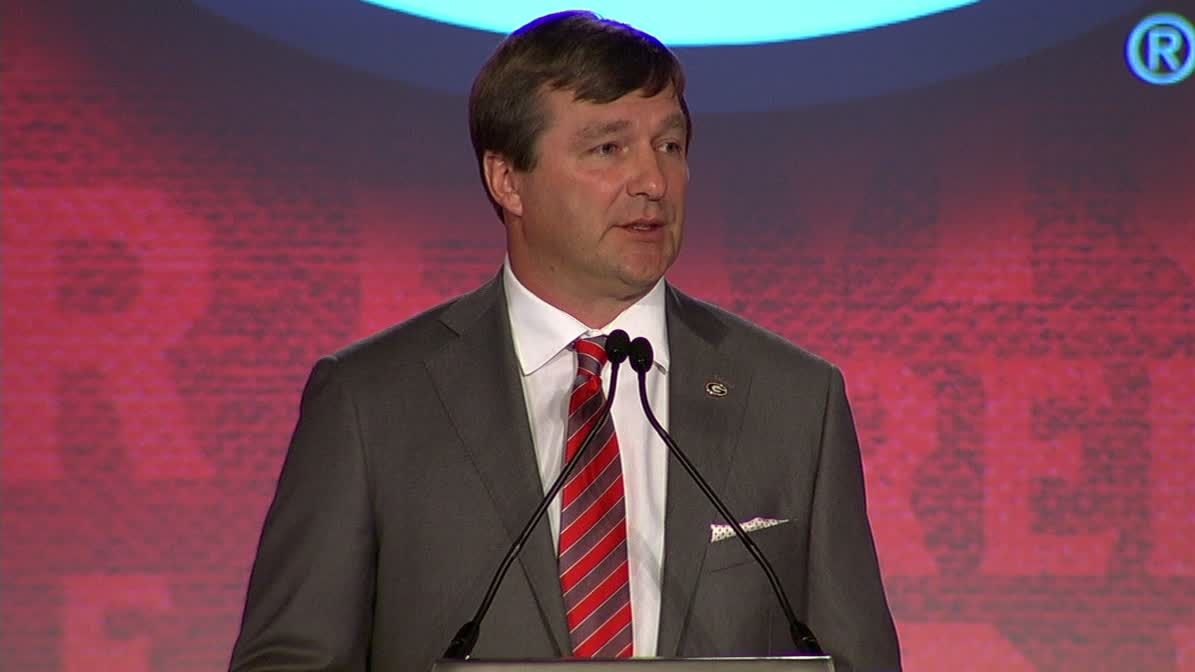