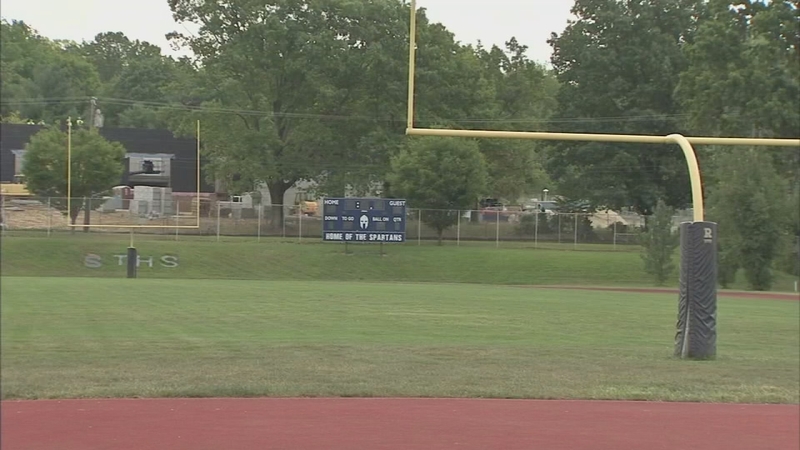 Unbeknownst to the players and coaches at the time, this would be the final - and only - varsity game for Springfield Township this season.

Head coach Chris Shelly says telling his boys that the rest of the season is canceled was the most difficult speech he ever delivered to his team, especially his seniors.

"I was obviously heartbroken telling it to them, but I also know how much these guys have meant to program and will continue to carry on that legacy," Shelly said.

The decision boiled down to pure numbers.

They lost a few to injuries during the preseason, and then a few more got hurt during Friday's game.

With approximately 20 players left on the roster, many of them freshman, school officials felt that putting a young team, with no depth, into a varsity football game was just too dangerous.

"They are looking out for the best interest of our kids and so this was a group decision and I'm just awfully proud of our guys and how much hard work they put into it and that is the hardest part," Shelly said.

Senior football player Robert DeMerlis says he speaks for the other guys in his class saying they simply can't believe their final season together is canceled.

Robert DeMerlis says, apart from his parents, nothing taught him more about life than football.

DeMerlis says, apart from his parents, nothing taught him more about life than football.

"How to handle losing. How to handle winning and just really working hard. I think football is more than just a game. It helps you prepare for what the real world really is," DeMerlis said.

Action News asked Jason Pane, the school's athletic director, if all the recent, negative publicity involving concussions and other serious injuries link to football may be behind their dwindling numbers.

Pane says, honestly, he can't say for sure.

"I can't put myself in their shoes. I haven't heard anything from them directly that would make me know that, but I'm sure that's in the back of some of their heads," Pane said.