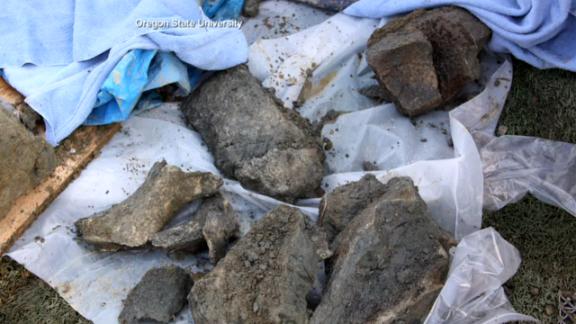 Prehistoric bones believed to have belonged to a mammoth have been unearthed during construction atOregon State's football stadium, according to a report bythe Corvallis Gazette-Times.

Construction crews made the discovery Monday while excavating the site of the Valley Football Center expansion project atReser Stadium in Corvallis.

"We believe we have an intact femur from a mammoth," OSU spokesman Steve Clark told the Gazette-Times on Tuesday. "There also appear to be bones from other species, including possibly a bison and a camel."

Deputy athletic director Mark Massari told the newspaper the bones were uncovered at the site of the football team's future locker room.

At least one large bone was removed by a university archaeologist Tuesday, the Gazette-Times reported.

An OSU professor who examined the bones estimated they are at least 10,000 years old, Clark said.

The school said in a news release that Loren Davis, an associate professor ofanthropology at Oregon State, was summoned to the site after the initial discovery was made.

"There are quite a few bones and dozens of pieces," Davis said. "Some of the bones are not in very good shape, but some are actually quite well preserved." 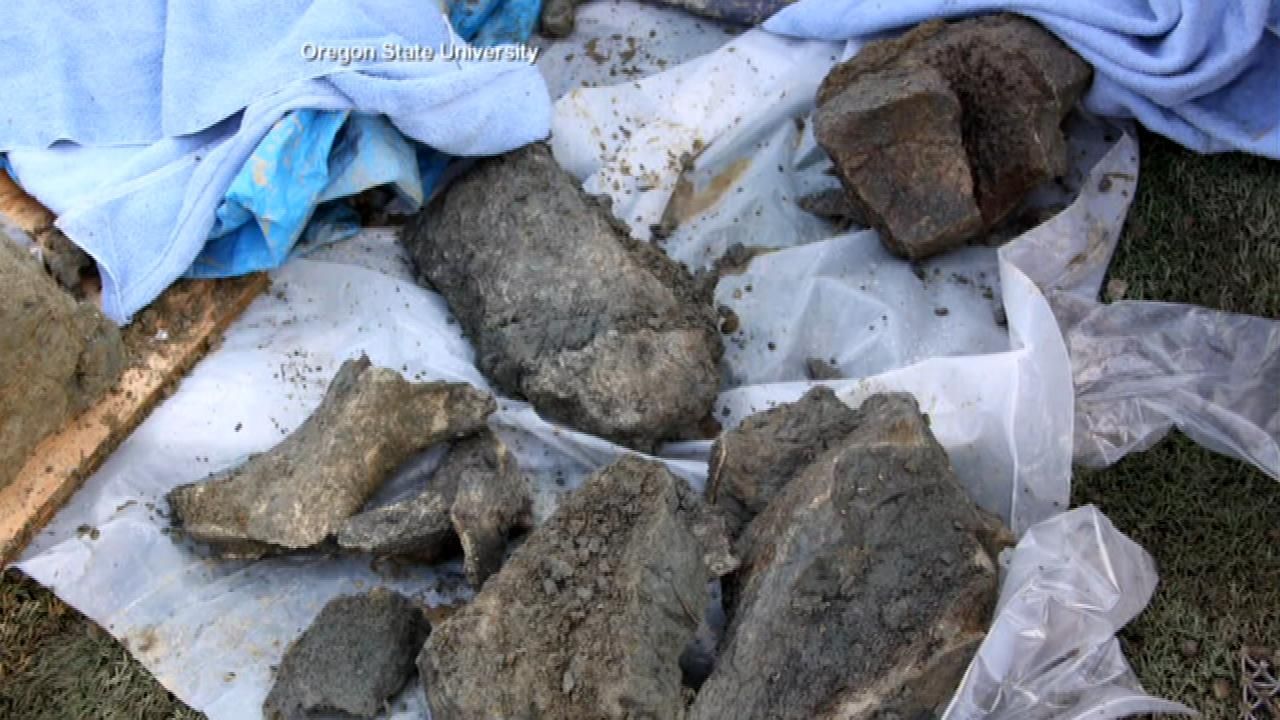