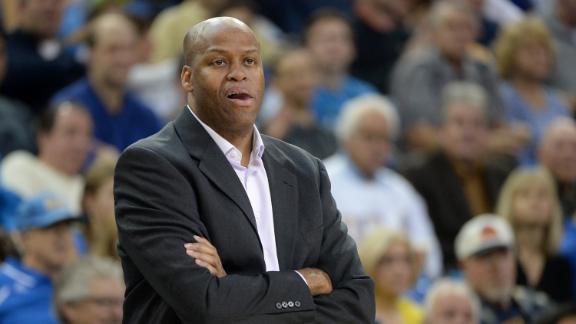 Robinson, the brother-in-law of President Barack Obama, had three years remaining on his contract. He was 94-105 in six seasons in Corvallis, making him the fourth-winningest coach in school history.

The Beavers, however, failed to make the NCAA tournament or even the NIT in his tenure.

"I want to thank Coach Robinson and his family for their contributions to Oregon State University," said athletic director Bob De Carolis in a statement released by the school. "This was a difficult decision, but after further evaluation, I believe it is in the best interests of our student-athletes, our basketball program and our University."

De Carolis had issued a letter on March 28 saying, "I'm looking forward to watching Coach Robinson continue to build our program. ... I ask for your continued support of Beaver basketball."

The top three -- Roberto Nelson, Devon Collier and Angus Brandt -- all graduated. Eric Moreland declared early for the NBA draft, and Hallice Cooke decided to transfer. Starting point guard Challe Barton, who hails from Sweden, decided to play overseas instead of returning to the program.

Robinson went to Oregon State from Brown, where he was 30-28 in two seasons.