Owners: We will assist investigation 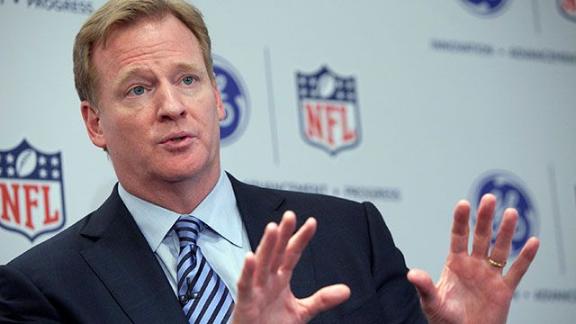 "Commissioner Goodell called us on Wednesday evening and requested that we oversee the independent investigation that will be conducted by former FBI Director Robert Mueller III. Our role is not to conduct or direct the investigation but to support Mr. Mueller and assist him in gaining whatever access or resources he needs. At the conclusion of Mr. Mueller's investigation, we will receive his findings on behalf of the League's owners.

"We have spoken with Mr. Mueller today, and he has informed us he is prepared to begin immediately. No timeline was established and we stressed that he should take as much time as necessary to complete a thorough investigation. We agreed that the scope of the investigation should be aimed at getting answers to specific questions, including what efforts were made by league staff to obtain the video of what took place inside the elevator and to determine whether, in fact, the video was ever delivered to someone at the league office, and if so, what happened to the video after it was delivered.

"Mr. Mueller assured us that his investigation will be thorough and independent, and that he will keep us informed of his progress. We asked Mr. Mueller to report his conclusions to us to be shared with NFL Owners, and we agreed that his final report will be shared with the public.

"Our sole motive here is to get the truth and then share Mr. Mueller's findings with the public."

Rice was suspended two games in July for the incident in an Atlantic City, New Jersey, casino, where he punched his then-fiance, Janay Palmer, who is now his wife.

After video surfaced Monday showing the punch itself, the Ravens released their former star running back and the NFL made the suspension an indefinite one.

At that time, the NFL released a statement saying it had not seen that video until Monday, but an Associated Press report Wednesday said the video was sent to the league in April.