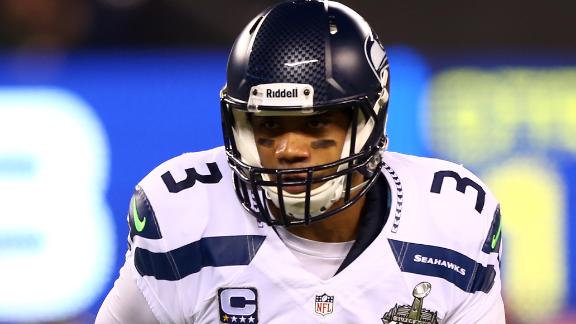 As NFL schedules were announced Wednesday night, many season-ticket holders scrambled to the secondary market to list their game tickets.

The game with the highest average resale listed ticket price? The kickoff game that features the Green Bay Packers at the Seattle Seahawks on Thursday, Sept. 4. The average ticket price on resale sites for that game is $575.62, according to TiqIQ, a ticket-resale market aggregator. The get-in price for the worst seat in the house is already a steep $245.

The second-most expensive ticket, by listed price, is the Week 12 "Sunday Night Football" matchup between Dallas Cowboys and the New York Giants (Nov. 23). TiqIQ says the average listed price for that game is $569.90.

The defending AFC champion Denver Broncos are featured in the three next-most costly matchups. The team's game at Gillette Stadium against the New England Patriots on Nov. 2 has an average listed price of $567.09, according to TiqIQ data.

If you want to see an NFL game on the cheap, TiqIQ says it's a good bet to go with the Cleveland Browns. Four of the five lowest average listed prices on the resale market are Browns games. That includes home games versus the Houston Texans on Nov. 16 ($108.44 average list price), the Baltimore Ravens on Sept. 21 ($120.01 average list price) at the Indianapolis Colts on Dec. 7 ($121.37 average list price). The Browns' away game against the Tennessee Titans currently has an average list price of $117.87.