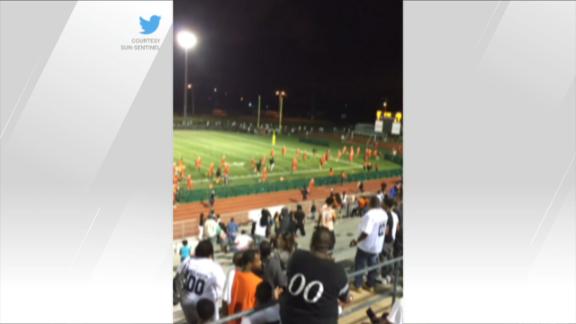 ESPN
A Miami high school football game was halted Friday night when fans, players, coaches and officials ran from the stadium en masse after a disturbance stemming from the apparent sound of gunfire.

In video posted online, players can be seen ducking and running as spectators flee, while coaches and game officials also run off the field during the Carol City-Miami Central playoff game at Traz Powell Stadium in northwest Miami.

Police took five suspects into custody after responding to reports of gunshots in the area, according tolocal Fox affiliate WSVN-TV. It was unclear whether the apparent shots were from inside oroutside the stadium.

"You hate to see anything like that happen, but luckily it seems like no one was hurt," Central coach Roland Smith said after the game, according to the Miami Herald.

The game was called with 2:58 left in the fourth quarter with Central winning 36-8.

Northwest Miami has seen a surge in gun violence involving teenagers this year, according to a WSVN-TV report. In a separate incident from the stadiumdisturbance Friday night, two teens were shot in northwest Miami-Dade while sitting outside a house.

It was the latest in a series of shootings in the area that have left five Miami Northwestern Senior High students dead this year, according to WSVN-TV. 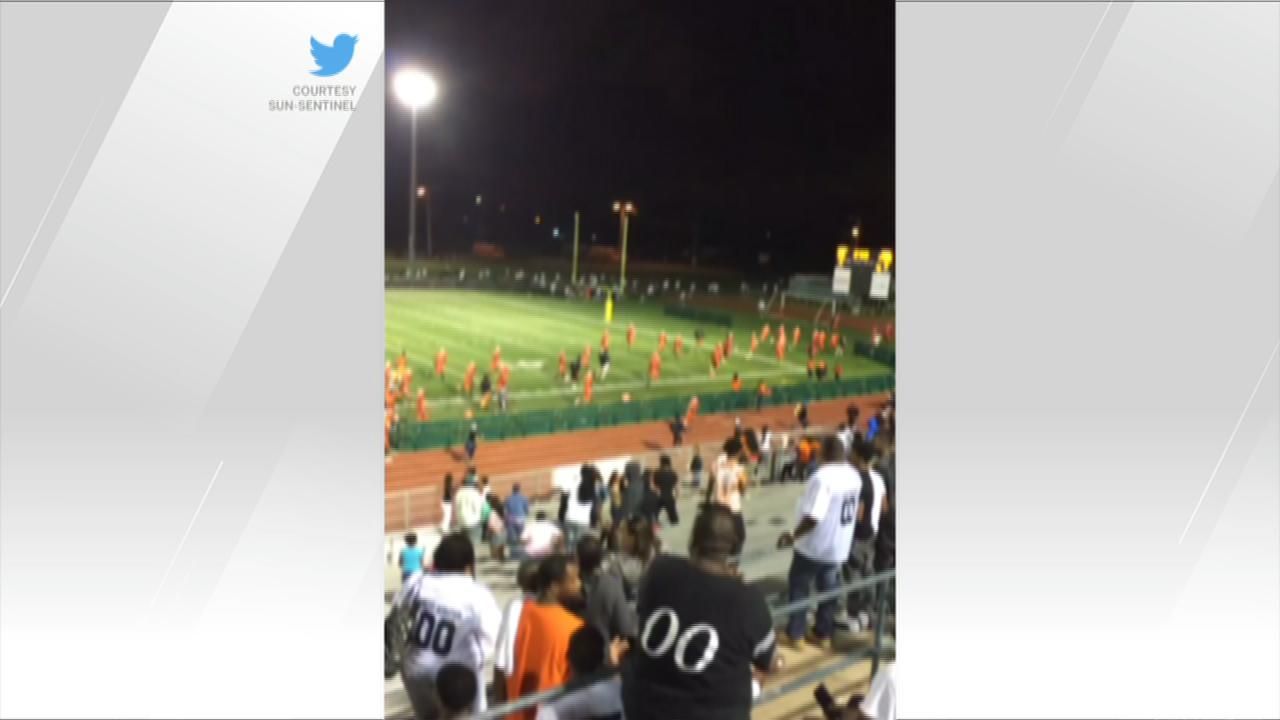 Players run off field during HS football game after hearing nearby gunfire
The sound of gunshots in the distance causes high school football players to run off the field during a game in Miami, Florida. 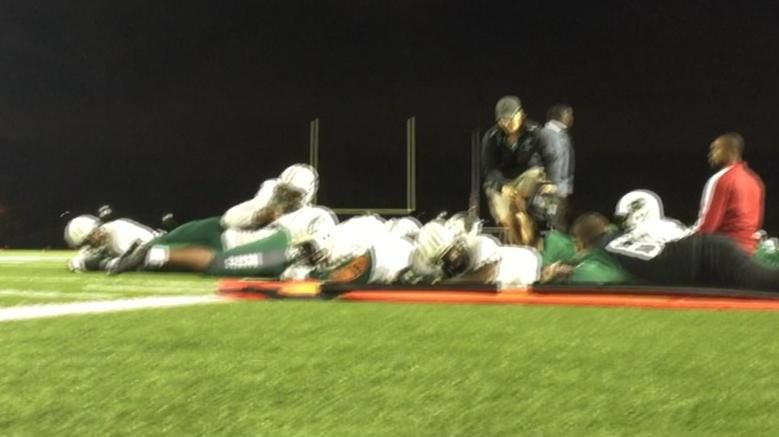