Patriots star Rob Gronkowski to have back surgery Friday 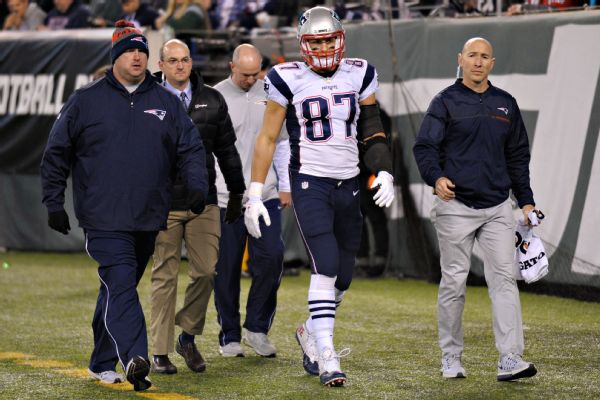 The New England Patriots and Rob Gronkowski's family released a joint statement Thursday night confirming that the star tight end will undergo back surgery Friday, while saying, "We do not expect that he will be able to play for the remainder of the 2016 season, but will await the results of tomorrow's surgery before making a final determination."

The statement further clarified Gronkowski's injury status, which initially was traced to the big hit he absorbed from Seattle Seahawks safety Earl Thomas on Nov. 13.

"Rob sustained a hit to the chest that resulted in a pulmonary contusion to his lung. Rob was examined by several specialists at Massachusetts General Hospital as directed by the team, as well as an independent physician," the sides said in the statement.

"He received medical clearance to return to play two weeks later for the New York Jets game on November 27. After a hit early in the Jets game, Rob began to experience significant back and leg pain. This injury forced him to leave the game, and he did not return."

This marks the second straight season that the team and Gronkowski's family have released a joint statement on his injury status. The club has seldom, if ever, done so with other players.

The statement also said, "With the help of the Patriots' medical staff, along with the consultation of several medical experts, it has been determined that it is in Rob's best long-term interest to undergo surgery to address his lower back injury.

"Rob has always been one of our hardest workers and was voted captain for the leadership he provides on our team. We are deeply saddened any time a player is lost to injury. We are committed to assisting Rob throughout his recovery and look forward to his return to playing football for the New England Patriots."

Earlier Thursday, a source told ESPN's Adam Schefter that Gronkowski has been diagnosed with a herniated disk. The need for surgery was first reported by The Buffalo News.

This will be Gronkowski's third back surgery. He has had two previous surgeries to repair herniated disks in his back -- in 2009, when he was at the University of Arizona and missed the entire season, and in 2013, his fourth season with the Patriots, when he underwent surgery in June and didn't return until Week 7.

This season, Gronkowski returned to action Sunday after missing the team's game against the Niners the week before because of a chest injury.

Gronkowski played seven snaps in the 22-17 win over the Jets, leaving the game late in the first quarter as he walked off under his own power while accompanied by members of the team's medical staff. The team later announced he had sustained a back injury during the game and would not return.

It was unclear on what play Gronkowski was hurt. It could have happened on a third-and-7 with 9:04 remaining in the first quarter; Gronkowski was the intended receiver on a deep pass down the middle of the field as he dived for the ball. But Gronkowski played one more series after that play, and he was the intended receiver on an incomplete pass down the right sideline on a third-and-4 before walking off.

The Patriots are nearly two-touchdown favorites for Sunday's home game against the Los Angeles Rams.

"It doesn't help losing great players, and to not have Gronk out there -- one of our best players and one of our most dependable, consistent players -- makes things challenging for us," quarterback Tom Brady told Westwood One Radio on Thursday night. "But that's what the NFL season is about. It's about overcoming challenges, adversities."

Brady, who is listed as having a knee injury, returned to the field Thursday after missing practice the previous day. He told Westwood One, "I'm feeling so much better today. I'm excited about this weekend, going out there and playing against a great Rams defense ... I'll be feeling a lot better than I was feeling last week."

The Patriots used their injured reserve/return designation on quarterback Jacoby Brissett on Wednesday, so the team wouldn't be able to place Gronkowski on injured reserve and activate him if it makes a deep playoff run. Each team is allowed to designate only one player to return. 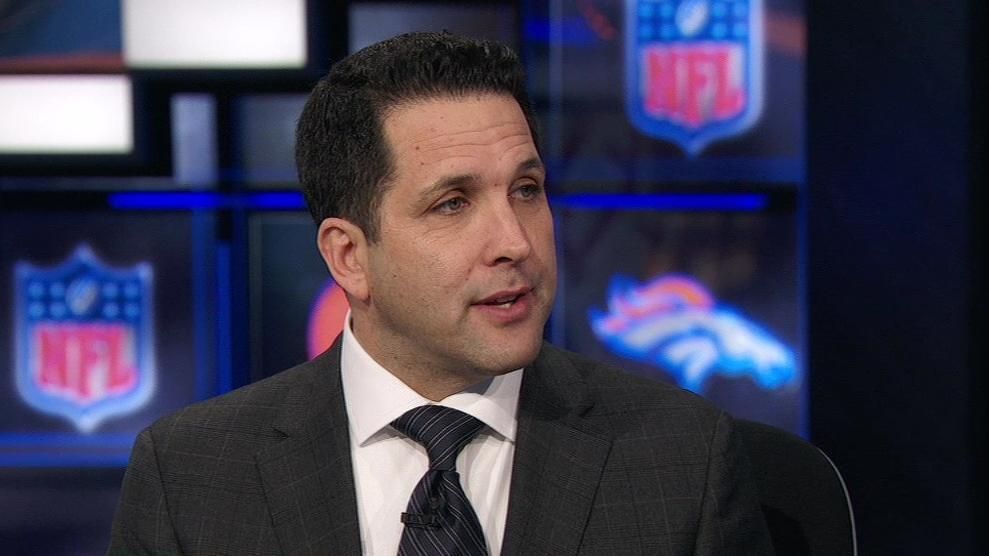 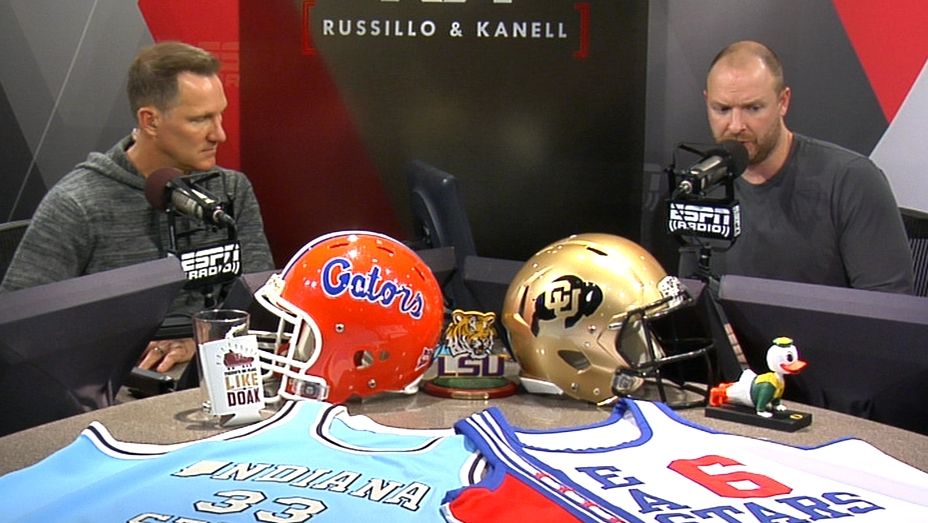