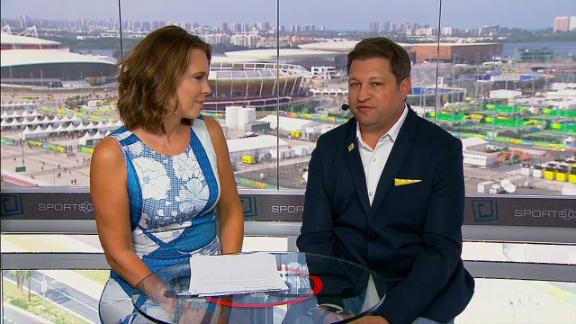 Between his 15- and 20-point performances in the Americans' first two basketball victories in these Olympics, George was watching on television when Ait Said suffered a gruesome leg injury reminiscent of the compound fracture George suffered in Las Vegas on Aug. 1, 2014, in a Team USA scrimmage.

Following Team USA's 44-point victory Monday night over Venezuela, George repeated his vow to build a friendship with the gymnast and to use himself as an example of an athlete who can make a full recovery from such a catastrophic fall.

"At some point I'm going to go over there and have a chat with him, sit down with him, try to be an inspiration to him," George said. "I know what it's like going through it. Hopefully any words I can give is useful for him."

Attempts to set up a meeting Monday had to be postponed because of Team USA's game-day schedule, but George has been talking for days about the painful sight of Ait Said breaking his left leg after an awkward landing after two backward flips.

"It would be an easy story to tell," George said of the message he plans to give Ait Said. "I came back stronger and better for it. For his case, hopefully he's more athletic and it's a story that, as well as mine, can inspire as well.

"It's all about encouragement, keeping his head into it. I know for him it's tough, an Olympian, a gymnast, their window is just as small as ours. He's probably been training his whole life for this opportunity. I will definitely be in his corner for him."

When Said was initially injured, George posted a consoling message on Twitter.

George missed all but six games of the 2014-15 season in the wake of his injury before returning with a real flourish last season, earning his third career All-Star selection, averaging 23.1 points, 7.0 rebounds and 4.1 assists in leading the Pacers to the playoffs. 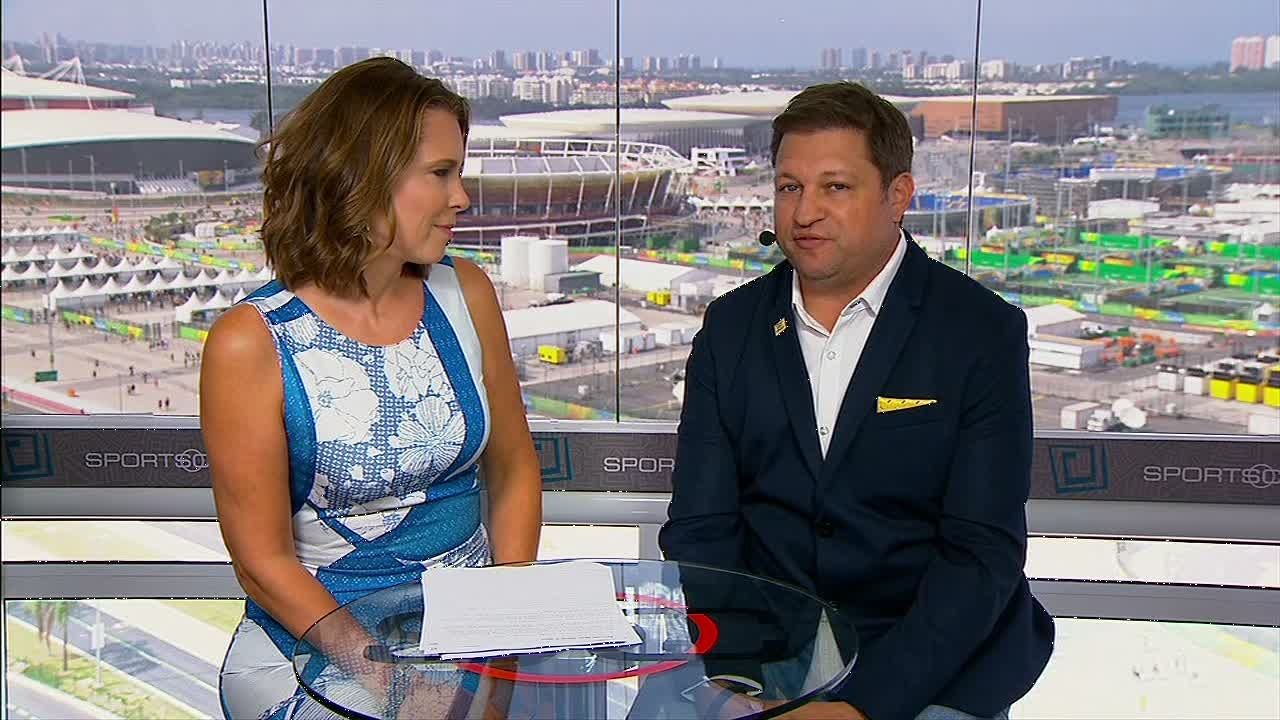