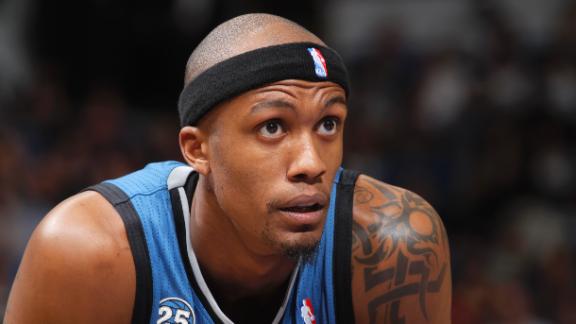 Dante Cunningham's basketball exile is over.

The New Orleans Pelicans signed Cunningham to give them some much-needed depth at forward and said he would be available Thursday night on the road against Golden State.

"It's such a relief," Cunningham told The Associated Press in a phone interview. "I just knew that with the time and the situation that was going on, I kind of had to wait it out and get the right opportunity."

Cunningham was charged in April with felony domestic assault after his girlfriend at the time accused him of choking her and slamming her head against a wall. She also accused him of sending her threatening messages. The charge was dropped in August after an investigation uncovered inconsistencies in her story.

He was a free agent after his contract with the Minnesota Timberwolves expired at the end of the 2013-14 season. But even after Hennepin County authorities dropped the charge, many teams were reluctant to consider signing him after the Ray Rice domestic abuse scandal rocked the NFL. Cunningham said he had preliminary talks with a few teams but didn't get any firm interest while the charge was being investigated.

Cunningham urged authorities to pursue charges against Miryah Herron for making false allegations, but Hennepin County Attorney Mike Freeman told the AP in October that he was reluctant to do so in part because of the message it could send to victims of domestic violence.

"To what extent all of this impacts his livelihood in the future, I hope it doesn't," Freeman said at the time. "I hope he can go forward and play basketball."

Cunningham's agent, Joel Bell, has worked to try to help his client clear his name, but it's taken some time.

The criticism that NFL commissioner Roger Goodell and the league received for its initial two-game suspension of Rice, the former Baltimore Ravens running back who was caught on video punching his then-fiance in a hotel elevator, gave pause to NBA front offices as they evaluated the 27-year-old Cunningham.

New Orleans coach Monty Williams said he was confident Cunningham would be able to fit in with his new team.

"He's pro, he's been around," Williams said Thursday night prior to the Pelicans' game against the Warriors. "He understands what I want from him because I've coached him already. He's watched our team so he knows what we need."

The Pelicans were one of a number of teams to look at Cunningham, and last week they scheduled a workout. As talks progressed, team officials reached out to the NBA to try to determine whether Cunningham would face any kind of discipline for even being accused of domestic violence.

"We have commenced an independent review of the matter and the charges that were subsequently dropped against Mr. Cunningham, but at this point we have no basis to conclude that he engaged in conduct that warrants discipline from the NBA," league spokesman Mike Bass said.

With Anthony Davis emerging as one of the best players in the league, the Pelicans are pushing to get into the playoffs in the hypercompetitive Western Conference. Shooting guard Eric Gordon's left shoulder injury has tested the team's depth, and three straight losses dropped the Pelicans to 7-8 and 11th in the West before they beat the Thunder on Tuesday night.

Gordon is out indefinitely with a torn labrum, and the Pelicans initially responded by moving 6-foot-6 Tyreke Evans from small forward to shooting guard and starting 6-8 Darius Miller at small forward. Miller was ineffective, and the Pelicans waived him and Patric Young on Sunday to start making room for Cunningham.

Cunningham is a more natural power forward, but he has the flexibility to play small forward, especially on the defensive end.

"I am definitely in shape, but I haven't been away from the game atmosphere for this long," he said. "I assume it's just like riding a bike and once I hit that court it's going to be back to normal."

Cunningham spent the previous two seasons with the Timberwolves, carving a niche as a valuable bench player who was reliable on both ends of the floor. He averaged 6.3 points and 4.1 rebounds per game last season and was paid $2.1 million in the final year of his contract.

He was drafted by the Trail Blazers in 2009 whenWilliams was an assistant in Portland, and Cunningham welcomes the reunion during such a trying time.

"Coach Monty, he was the one that molded me and sculpted me as a rookie with Portland," Cunningham said. "He showed me how to be a professional and carry myself as a professional. To come back to him and not necessarily start over again but have him back in my life again, I definitely need that."