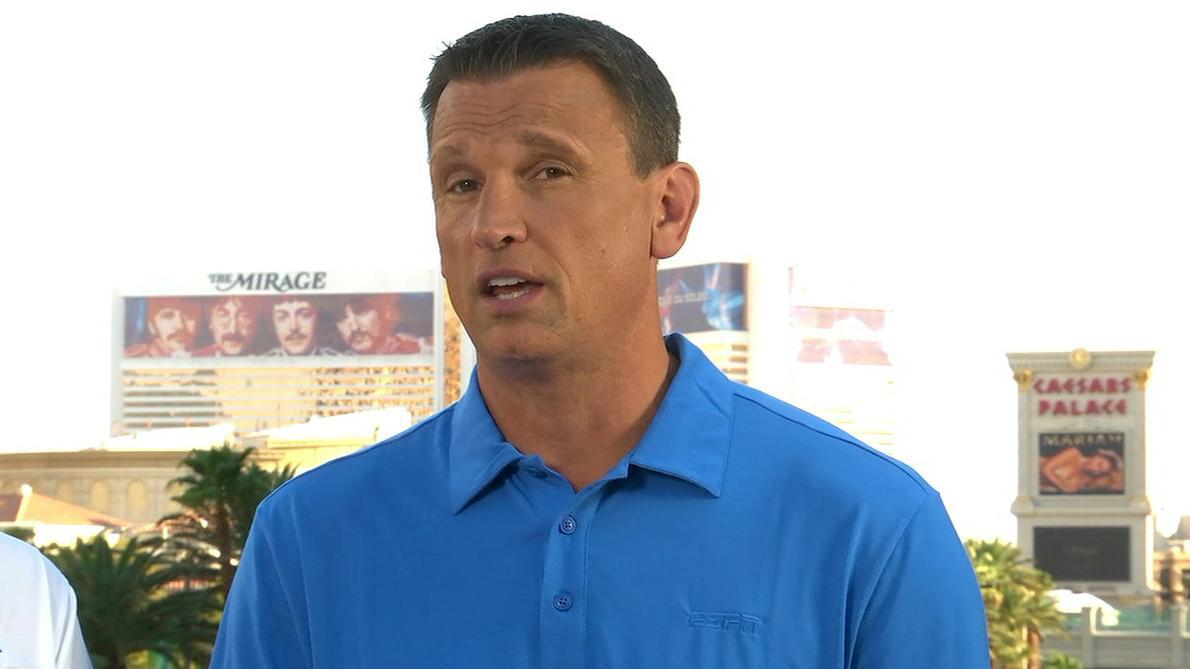 In this week's mailbag, we address players worth the supermax, whether Lonzo Ball or Ben Simmons will become the better passer and who the East's No. 2 player is -- and take a statistical dive into a fun NBA name game.

There are two ways to answer this question and an important distinction. When we look at projected 2017-18 value based on the projected cost of a win, there are many players whose on-court production figures to be worth more than this year's supermax salary ($34.7 million): 26 in all, including all three players you mention.

Of course, the trickier part is determining how much players will be worth over the lifetime of a designated player extension, which could extend through six seasons (either one left on the current contract and five as part of an extension or two and four).

As I noted in explaining how designated veteran contracts might be bad ones for teams, relatively few players tend to continue producing at this level so deep into their careers. The ones who do are typically among the top handful of players in the league at the time they sign the extension.

"Is there a ratio that exists that measures something like 'the gravity that you create on the court' vs. 'the EXPECTED gravity that you should create based on your shooting percentage?' In other words, is there a measure for how reputations and actual 3-point percentage interact? I ask because, as a Chicago Bulls fan, I'm struck by how Nikola Mirotic creates space even when he's stinking it up from the beyond the arc, and a guy like Jerian Grant -- who for most of the season seemed much more reliable -- was left open more often." -- Alejandro Yegros

I took a look at expected gravity when we introduced the concept in 2014, using the gravity and respect ratings tracked by Stats Inc. during the 2013-14 season using SportVU data. The key takeaway:

"When it comes to spacing, taking 3s is more important than whether they go in. The percentage of shots a player attempts from beyond the arc correlates more strongly to distraction score than 3-point percentage."

That finding helps explain the contrast between the two Bulls you mention. While Grant shot 36.6 percent from 3-point range last season to Mirotic's 35.2 percent, Mirotic attempted 3-pointers more than 70 percent more frequently: 8.1 per 36 minutes as compared to Grant's 4.7.

The other issue here is that 3-point percentage is notoriously random from season to season. Grant was one of the least accurate 3-point shooters in the league as a rookie in 2015-16, making just 22.0 percent of his attempts, while Mirotic shot 39.0 percent. So my SCHOENE projections, which utilize up to three seasons of data, project Mirotic as the better 3-point shooter in 2017-18.

I'd say Ball, and I don't think it's particularly close. Simmons is an exceptional passer for someone 6 foot 10, which is a key part of his appeal, but relative to point guards, I don't think he's anything special as a passer. (Of course, because of his size, many of his other skills are unique for a point guard.)

Ball's court vision and ability to deliver passes on time and on target are remarkable even among point guards. His projected assist rate based on his translated college performance is second among freshmen in my database (which is complete through the past decade) behind Kendall Marshall. So I'd definitely take Ball as a passer over Simmons.

So the first question we need to answer here is who's the second-best player in the Eastern Conference? While point guards Kyle Lowry, Isaiah Thomas and John Wall are all candidates, I'm going to go with Giannis Antetokounmpo, having made the case he was the conference's second-best player last season.

Antetokounmpo has improved so much over the past year and a half that it's possible he regresses somewhat in 2017-18, but that's largely offset by the improvement we'd expect from a typical 22-year-old. My expectation is that Antetokounmpo is most likely to be somewhere around the 10th-best player in the NBA next season.

Working under the assumption that LeBron James will still be somewhat better than the Western Conference's best player in terms of playoff value, that means we're looking for the West player most likely to rank somewhere around 12th or 13th in the league. With just two East players (James and Antetokounmpo) ahead of them, that means we're talking about the 10th- or 11th-best player in the Western Conference.

This question is a reference to Shea Serrano's fun feature on The Ringer last week ranking the best all-name teams, a competition he wisely awarded to the Kevins. (As I noted on Twitter, with Kevin Arnovitz, Kevin O'Connor, Kevin Ding, Kevin Ferrigan, Kevin Lipe and others, we'd also provide some solid content covering our favorite team -- not to mention the broadcast team of McHale and Kevin Harlan with KG in Area 21.)

Let's be clear that Shea's rankings are, by definition, definitive. But we can also take a look from a statistical perspective. In terms of total value, Kevins come in third since 1977-78 in terms of wins above replacement player (WARP) by my metric:

You'll note that there are far fewer Kevins than the names in front of them (Michael and Chris). So when you take the five-Kevin starting lineup @kg_cagey laid out, you get more WARP than all but three other names have among every player with that name:

I might be tempted to let a young McHale play small forward and Durant shooting guard, clearing room for Love to replace Martin. That would bump the total up to an incredible 722 WARP. But that move isn't necessary to build the best fivesome.

Here are the Michaels, who have an abundance of guards. There's no room for Conley, Adams, Ray Richardson or Redd in the starting five, all of whom rated better than both starting big men:

In fact, the Michaels slip behind the all-Chris team in terms of starting five (plus Laettner coming off the bench):

The Johns, who are also heavy on guards, come in fourth. Wall would surely make it in terms of peak value but doesn't crack the starting five in career WARP. Nor does yet another point guard, Johnny Moore:

The Kevins are just too well balanced positionally. When it comes to NBA names, Kevin is impossible to top. 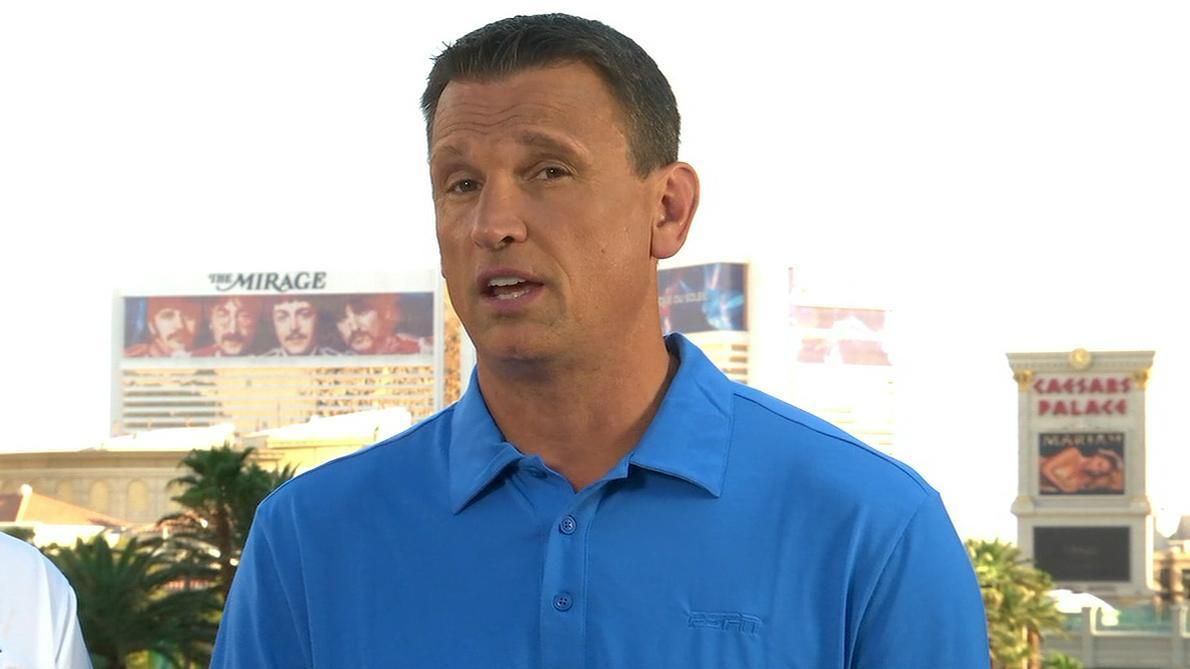