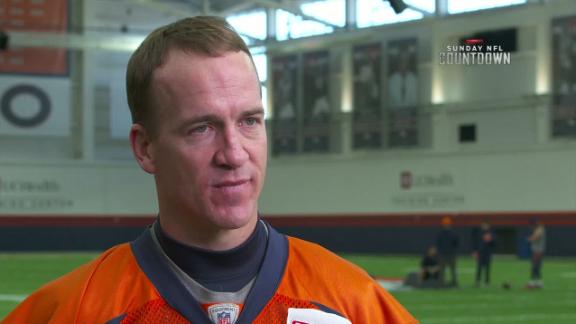 Denver Broncos quarterback Peyton Manning said he is "furious" and "disgusted" at an Al Jazeera report that identified him as one of several high-profile athletes who were supplied performance-enhancing drugs from an anti-aging clinic.

The Al Jazeera undercover probe, which was posted online early Sunday morning and aired on television later in the day, reported that Manning was given human growth hormone in 2011 while he was recovering from neck surgery. The report cited a man named Charlie Sly, who allegedly spoke to an undercover reporter working for Al Jazeera.

Manning addressed the report during an interview Sunday with ESPN's Lisa Salters, accusing Al Jazeera of defamation and adamantly denying that he ever used HGH.

"Absolutely not, absolutely not," Manning said. "What hurts me the most about this, whoever this guy is, this slapstick trying to insinuate that in 2011, when more than less I had a broken neck -- I had four neck surgeries. ... It stings me whoever this guy is to insinuate that I cut corners, I broke NFL rules in order to get healthy. It's a joke. It's a freaking joke."

Manning repeatedly referred to Sly as a "slapstick" during his interview with ESPN and said his plan remains to make a healthy return from a nagging foot injury that has sidelined him since mid-November.

"I'm not going to lose any sleep over this report, this slapstick's lies," Manning said. "Keep my head up above it, keep pressing on, trying to get healthy, trying to get back onto the field next week, practice with the team and go from there."

Al Jazeera identified Sly as a pharmacist employed at the Guyer Institute in Indianapolis. But Sly told ESPN's Chris Mortensen that he isn't a pharmacist and wasn't at the Guyer Institute in 2011, as Al Jazeera claimed. State licensing records indicate that a Charles David Sly was licensed as a pharmacy intern in Indiana from April 2010 to May 2013. His license expired May 1, 2013.

Sly also said he recanted his story to Al Jazeera when he realized that it had used information he had "made up" to British hurdler Liam Collins, the undercover reporter who Sly said was trying to get into the supplementation business.

Manning acknowledged that he went to the Guyer Institute in 2011 to use a hyperbaric chamber, which was recommended by trainers and doctors with the Indianapolis Colts. But he emphatically said that he is angry at the report that he received HGH.

"I think I rotated between being angry, furious," he said. "Disgusted is really how I feel, sickened by it. I'm trying to understand how someone can make something up about somebody, admit that he made it up and yet somehow it gets published in a story. I don't understand that. Maybe you can explain it or somebody else can.

"It's completely fabricated, complete trash, garbage -- there's more adjectives I'd like to be able to use. It really makes me sick."

Al Jazeera's report, titled "The Dark Side," contends that steroids and other drugs were shipped to the home address of Manning in 2011 in the name of his wife, Ashley, so that his name was never attached to the shipments. Sly, now based in Austin, Texas, also said in the undercover video that Manning and his wife went to the clinic after its normal business hours for intravenous treatments.

Manning defended his wife in the interview with ESPN but said that any treatment she might have received from Guyer was "her business."

"Any medical treatments that my wife receives, that's her business," he said. "That has nothing to do with me. Nothing that was sent to her and my wife has used have I ever taken. Absolutely not.

"I have my treatments that I do. She may have hers, but that's her business. There's no connection between the two. I'd love to understand why this guy's saying this, why he made it up, that he admits he makes it up and yet it still becomes a story. I'd like to be told and explained that."

Manning, who joined the Broncos in 2012, has been sidelined since Nov. 15 by a left foot injury. Brock Osweiler will make his sixth consecutive start in Manning's place Monday night when the Broncos (10-4) host the Cincinnati Bengals (11-3).

"I got some built-up anger as you can understand," Manning said. "Try to do what I can to help the Broncos get a win tomorrow night. I've moved on."

The report links several other athletes to HGH and other drugs, including Green Bay Packers linebacker Mike Neal, who allegedly introduced teammates Julius Peppers and others to Sly. The report also mentions Pittsburgh Steelers linebacker James Harrison, Peppers and Neal as athletes who received shipments of a new performance-enhancing drug called Delta-2 from Sly.

The report goes on to say that Sly furnished Clay Matthews with painkillers.

Matthews's reaction mirrored Manning's and the two other Packers named in the report.

"I think it's bull----, to be completely honest with you," Matthews said. "It's 100 percent falsified, fabricated information. I don't who this guy is. I couldn't tell you what he looks like. I've never talked with him. I've never communicated with him. So for him to bring my name up like that, which appears to be out of thin air, it's bull----, for a lack of a better term.

"I work hard on my reputation, and really that's all I have," Matthews said. "For seven years, I've worked my ass off. For this guy to say those type of things, it's just not true, and especially for him to recant everything that he said, too, I think it really just goes to show the (type of) source he is, as well. The truth will come out, and I'm not worried about it, because I carry myself a certain way, and that is the right way."

After the Steelers' 20-17 loss to the Ravens, Harrison also denied the allegations, calling them "disappointing."

"You have to check your facts before you write something like that," Harrison said. "Just because somebody says it doesn't mean it's true. Now I have to fight it because I look like I could be [doing it]."

Peppers said he was a "little bit shocked."

"It's completely erroneous, and I think it's irresponsible journalism, in my opinion," Peppers said. "I'm subject to the same steroid and drug-testing policy as everybody else, so I don't understand how I could be linked to something like this. I do not know anybody that's involved in this. I just heard about it. I don't really have all the details about it. I'm not really sure about where it came from and all of that stuff. I just wanted to put it out there that it's not true."

Neal was a little more vague, saying, "I don't know anybody that's involved in this." 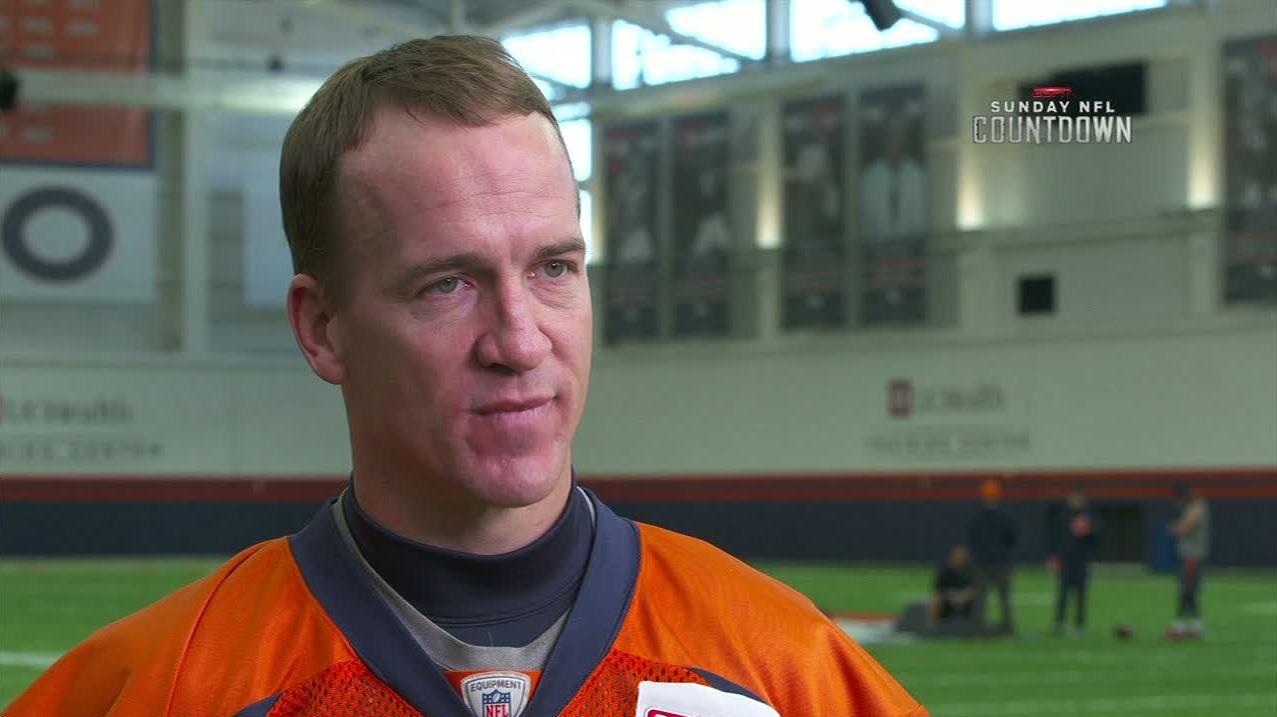