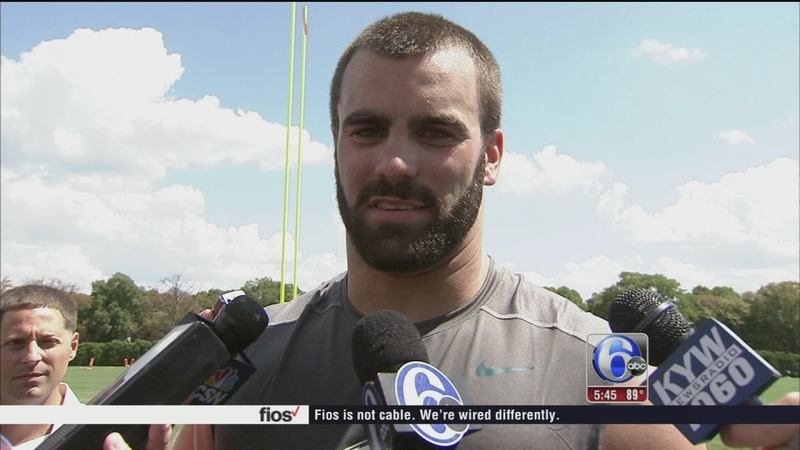 The @Eagles have signed @soulfootball DE Jake Metz! How cool is that?

The Souderton High School grad is a 6'6 defensive end.

Metz led the Soul with eight sacks this past season.

It was a season that culminated with an Arena Bowl Championship this past Friday.

Congratulations to our own Jake Metz, signed by the @Eagles after a great workout! We hope to see him Thurs Night! pic.twitter.com/iVfjMiyhrK

He will play as an Eagle Thursday against the Jets.

"It's amazing. I grew up here in Philadelphia so to win a ring with the Soul and be able to play with the team of my dreams the next couple of days is amazing. I'm on cloud nine right now. It's awesome," Metz told reporters Tuesday.

Congratulations to Jake Metz!
Now a member of the Philadelphia Eagles!
Soul Nation is so proud.

"I love his length and size. He's got good athleticism. He's coming right off of a championship season, so he's in shape and ready to go. With [DE] Alex McCalister going down, we needed some depth there and he gives us that rotation that we're looking for up front," Philadelphia Eagles head coach Doug Pederson said.