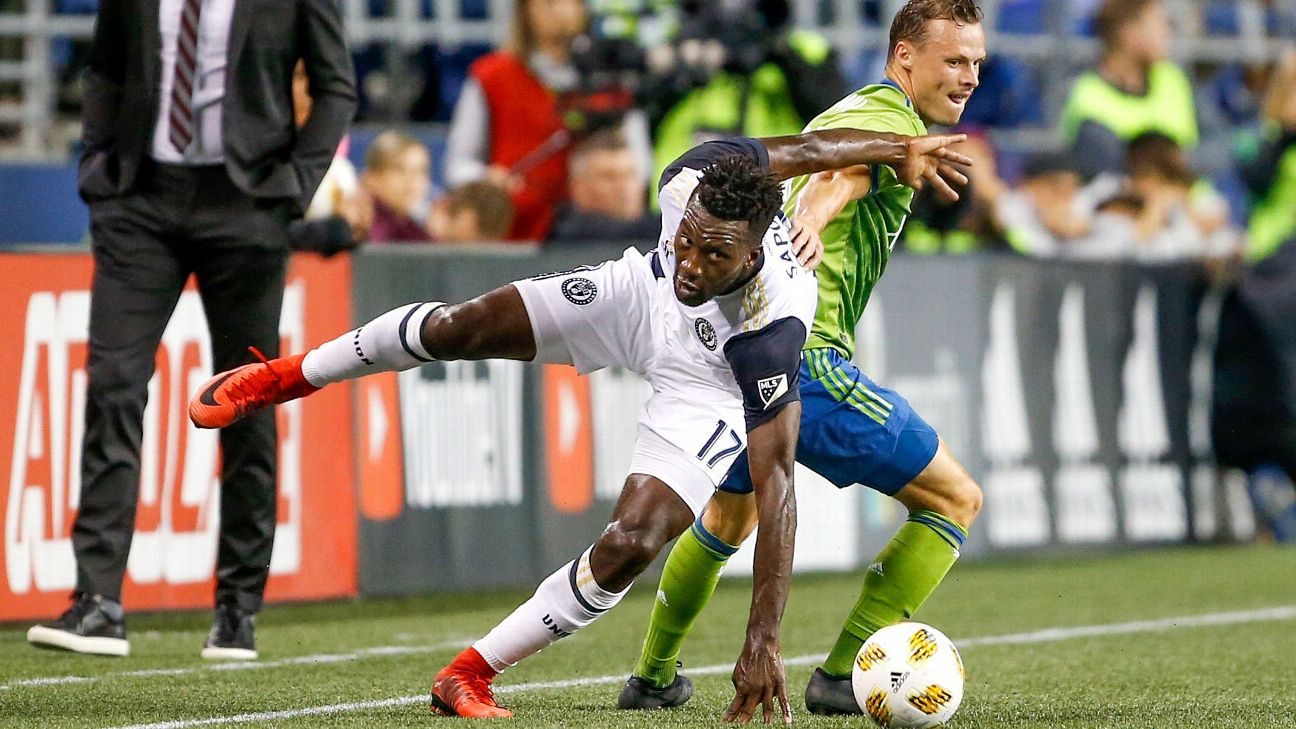 Fabrice-Jean Picault scored in second-half stoppage time as the shorthanded Philadelphia Union put an end to the host Seattle Sounders' record winning streak with a 1-0 victory on Wednesday night.

The Sounders had won nine straight games, an MLS record in the post-shootout era, and were undefeated in their previous 12 matches.

Seattle goalkeeper Stefan Frei's outlet pass intended for Gustav Svensson in the third of six minutes of stoppage time was stolen by Picault just outside the 18-yard box. Picault dribbled into the penalty area and beat Frei between the legs from about 12 yards out.

The Union had gone a man down in the 89th minute when defender Jack Elliott was sent off after receiving his second yellow card of the match.

Philadelphia goalkeeper Andre Blake made four saves for his ninth shutout of the season. Frei made four stops.

The Union's Cory Burke appeared to break the scoreless tie in the 65th minute when he took a through ball from Haris Medunjanin at the top of the 6-yard box on the right side and blasted it past Frei and just inside the right post. But a video review determined Burke was offside on the play.

The Sounders had chances early, hitting the right post twice in the opening 16 minutes.

Midfielder Victor Rodriguez couldn't get a foot on a cross from Nicolas Lodeiro in the eighth minute, but the ball made its way to Raul Ruidiaz near the end line, with his sharp-angle shot glancing off the post. In the 16th minute, Rodriguez unleashed a 20-yard shot that struck high off the right post and ricocheted right back to Blake.

Blake also made a strong save after Ruidiaz took a long cross from Svensson, also in the 16th minute, tipping the ball over the crossbar on a shot from 15 yards out.

Ruidiaz, whose first appearance with the Sounders coincided with the start of their winning streak, suffered a right ankle sprain in the 29th minute and was replaced by Will Bruin.