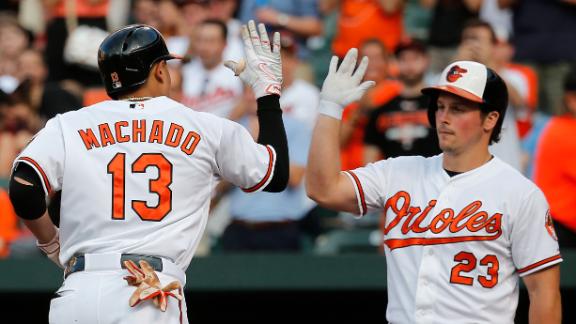 PHILADELPHIA -- The Phillies have lost 19 of their past 22 and went winless on an eight-game road trip for the first time since 1883, but their greatest indignity might have been a missed call.

Adding to the embarrassment of Tuesday's 19-3 blowout loss in Baltimore, manager Ryne Sandberg was unable to get a reliever warming up to spell outfielder Jeff Francoeur, filling in as a reliever, because the bullpen phone was off the hook.

Pitching coach Bob McClure ended up waving a white towel to get the bullpen's attention. In the end, no one was called in to relieve Francoeur, who threw 48 pitches in two innings, prompting second baseman Chase Utley to bark at McClure during a mound visit.

Francoeur was out of the starting lineup Wednesday and grounded into a game-ending double play as a pinch hitter in the Phillies' 6-4 loss to the Orioles.

"It's a mishap that can happen, but can never happen again," Phillies general manager Ruben Amaro Jr. said before Wednesday's game.

The Phillies will look to snap their nine-game losing streak in the finale of a four-game home-and-home series with the Orioles on Thursday afternoon.