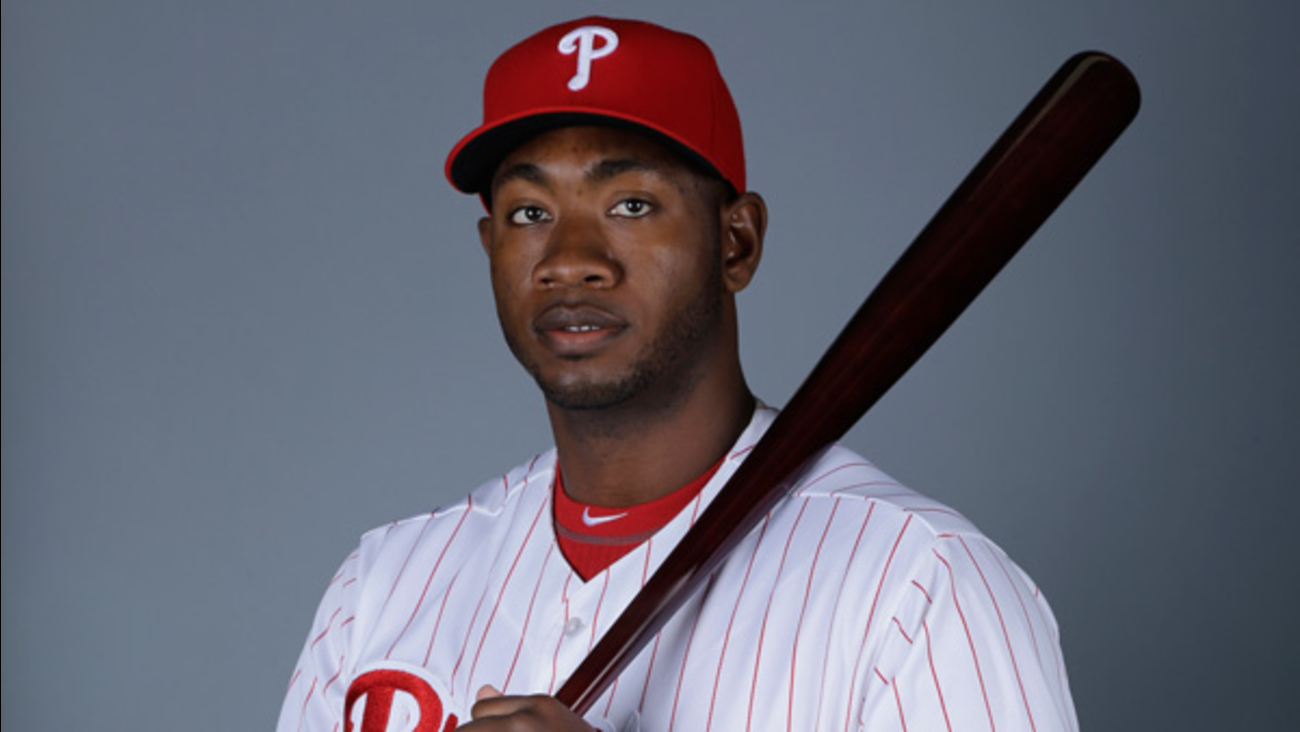 This is a 2013 photo of Dominic Brown of the Philadelphia Phillies baseball team. (AP Photo/Matt Slocum)

Dominic Brown went from being a hit to a bust in just two years.

The Philadelphia Phillies have removed Brown from the 40 man roster which will likely end his time with the organization.

But since then he has struggled, hitting just .232 with 15 homers over the last two years combined. That was among the worst numbers by an outfielder in Major League Baseball.

Brown can become a free agent if he elects to do so.