Trade is official. Chase Utley to the Dodgers. #Phillies

Utley didn't play in the Phillies' 7-4 win over Toronto, but got a standing ovation afterward and he tipped his cap to the crowd.

"The hardest part is leaving the city of Philadelphia," Utley said. "They've been so supportive of me for so long and I can't thank them enough."

Chase Utley says 3 weeks ago he talked to Ruben Amaro that it would be "best to part ways". Utley gave Phils list of teams he would go to

Utley had to waive his no-trade rights to go to his hometown Dodgers and he already cleared waivers. He joins Rollins, the franchise's all-time hits leader and his double-play partner for 12 seasons. The NL West-leading Dodgers lost second baseman Howie Kendrick to a hamstring injury earlier this month. 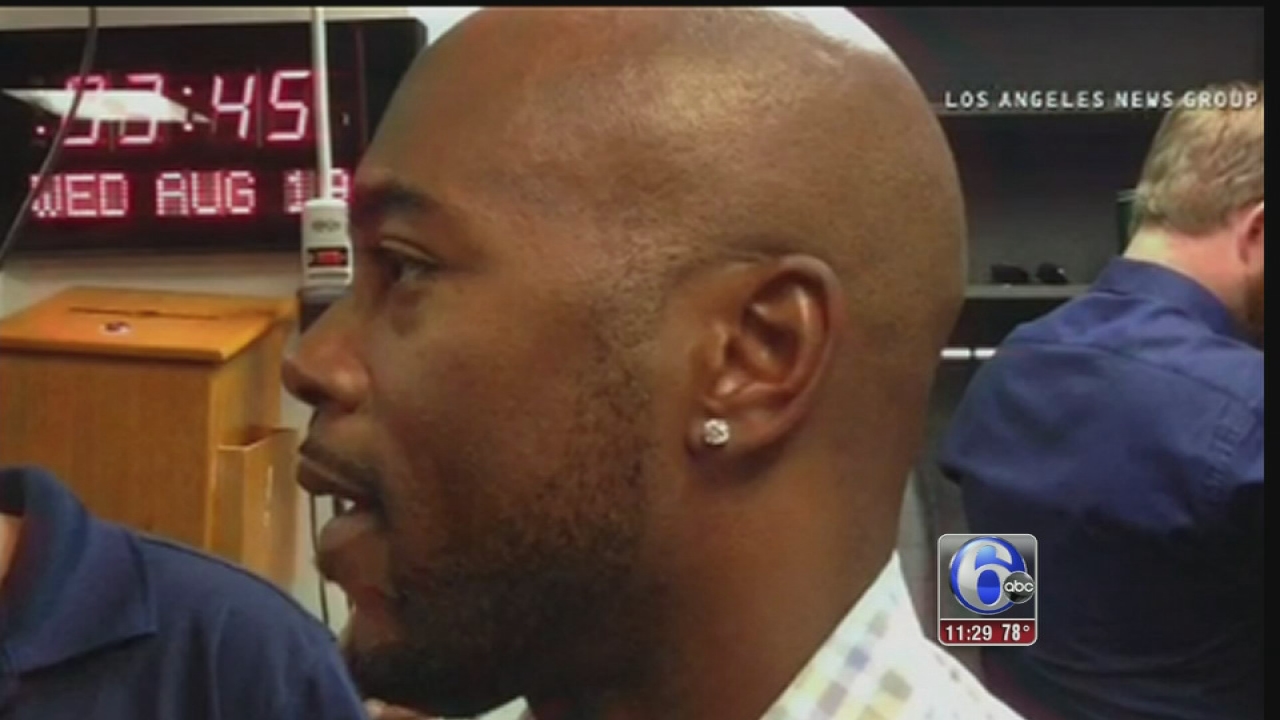 "I think it would be a lot of fun," Rollins said after the Dodgers lost to Oakland earlier in the day. "He knows this team. He went to school over at UCLA, plays well at Dodger Stadium, actually he beats up the Dodgers when in a Phillies uniform. If everything goes through and he's here, it'd be nice to see him playing some home games there at a place that he's comfortable hitting. ... He can add a lot. Hopefully, No. 1, first and foremost, that he's healthy and he's in a good case. The way he's swung the bat since he's been playing, anyone can use that. We can definitely use it.

"He does have experience, he's a tough guy. He brings that with him. More than anything that there will be some new excitement in the clubhouse. He has a chance to play some meaningful baseball late in the year again." 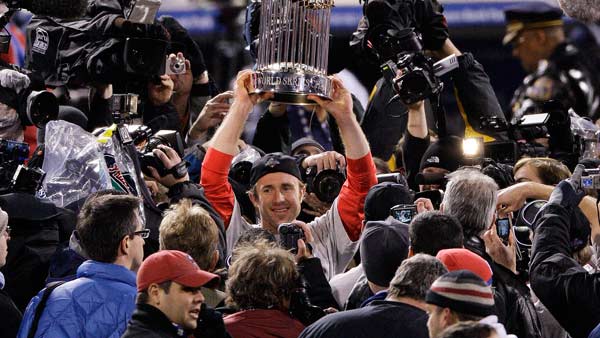 Utley is batting .217 with five homers and 30 RBIs in 249 at-bats. But he has a hit in eight straight games while batting .484 out of the leadoff spot since coming off the disabled list on Aug. 7.

Though he didn't show much of a personality and never smiled on the field, Utley is perhaps the most popular player to ever wear the red Phillies' pinstripes. His all-out hustle and tireless work ethic made him a hero in a town that reveres hard-nosed players. 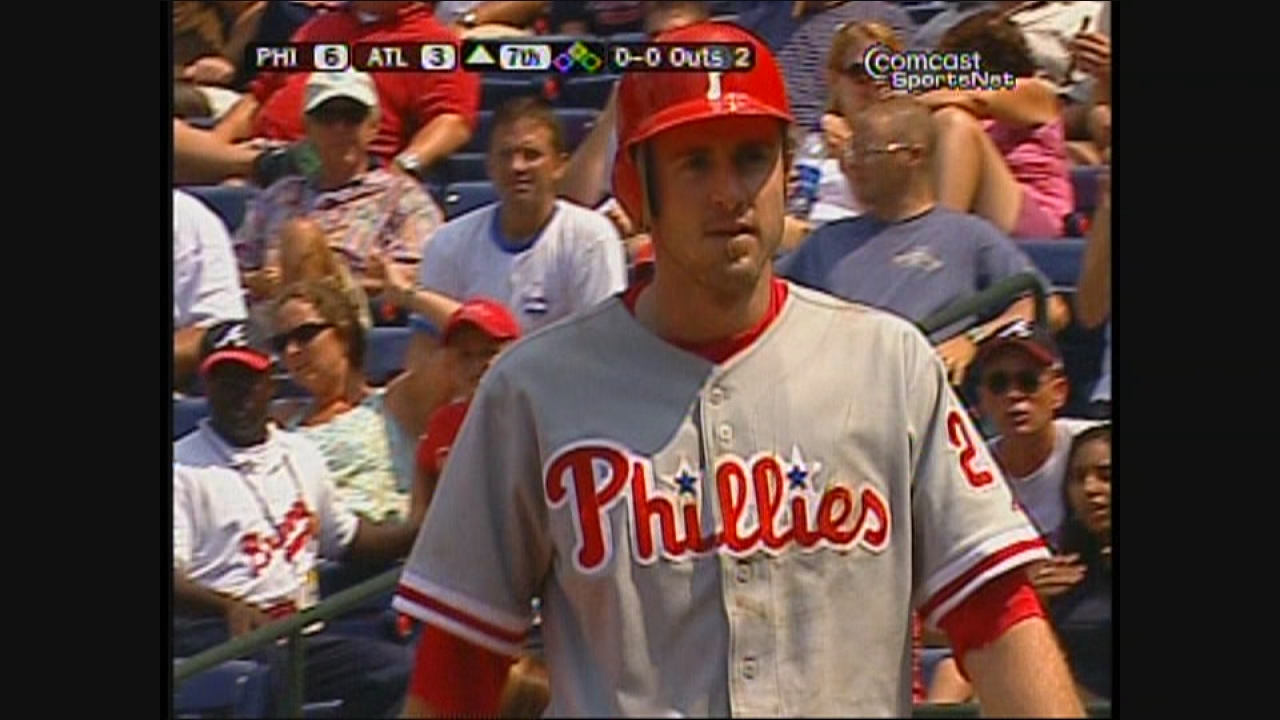 VIDEO: 'Chase Utley you are the man'
A classic call by Harry Kalas as Chase Utley scores.

Utley was one of a few guys to play in Philadelphia and not get booed. Former Eagles safety Brian Dawkins is another. In contrast, Hall of Fame third baseman Mike Schmidt, arguably the greatest player in team history, was vilified by fans during prolonged slumps.

Chase Utley trade to the #Dodgers is official. The end of an era. #Phillies pic.twitter.com/91QPJRTJHs

The rebuilding Phillies have missed the postseason the last three years and have the worst record in the majors (47-73). They began dismantling the roster last offseason when they traded Rollins to Los Angeles. They sent 2008 World Series MVP Cole Hamels to the Texas Rangers last month. Only Ryan Howard and Carlos Ruiz remain from that championship team.

"And then there were two," Howard said. "It's crazy. You remember when you first walked in and you were a rookie and next thing you know you're the veteran guy on the team and you've got change taking place. It's definitely different and it's kind of a weird feeling."

The 36-year-old Utley has a .282 career average with 233 homers and 916 RBIs. In the 2009 World Series against the New York Yankees, he hit five home runs to tie Hall of Famer Reggie Jackson for the major league record.

Thank you to the #Dodgers for everything. Very excited to continue my career with the #Phillies @Dodgers @Phillies 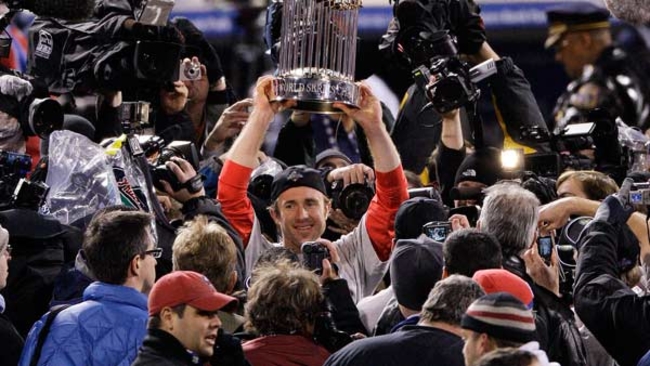