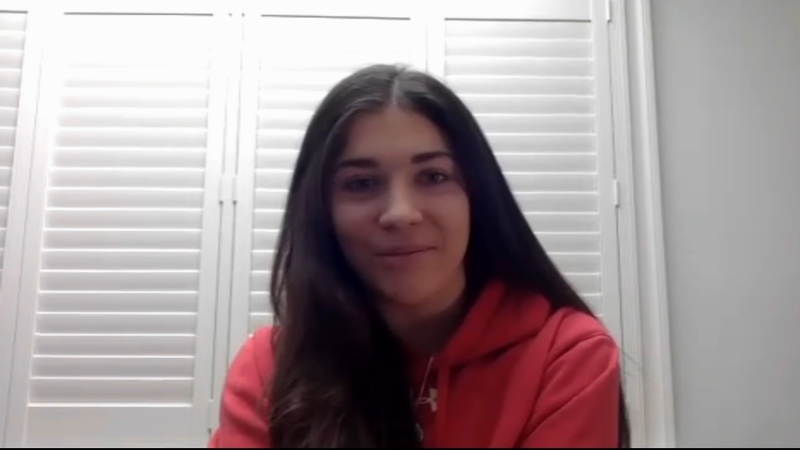 After all, they were three games shy of the state championship last year when the world shut down due to the COVID-19 pandemic, ending their season.

"We really thought we were gonna be able to make it all the way, but I'm just really glad we were able to have a season this year, so I feel like we can pick up from where we left off last year," said Anna McTamney, who comes in having just become the 10th player in school history to reach the 1,000 point mark.

"It's such a special thing," says Coach Dan Dougherty. "That banner hangs in the gym forever. You get to see your name up there with the all-time greats, and Anna is an all-time great."

The PW senior had committed to play at Division 2 University of the Sciences.

But 24 hours before she scored that 1,000th point, it was announced that the school would be merging with Division 1 Saint Joseph's University. They will have a season next year, but then the program will fold, and McTamney will find herself without a place to play the game she loves.

"It's obviously been on my mind," she tells Action News. "I thought college, I didn't have to worry about it anymore, and all that stress was off my shoulders. But now all that stress has come back to me."

"To have that get taken away I thought, 'Oh my goodness, just another thing for this kid to have to deal with.' It is heartbreaking," said Dougherty.

Losing her scholarship will be a major hurdle, but McTamney is no stranger to dealing with losses.

"I didn't even believe it," says McTamney. "I know he's always with me. He loved the game of basketball, too. I'm definitely a miniature him. Just following in his footsteps, he's always watching over me so I just have to make him proud."

In fact, the night she scored her 1,000th point, her mom went to get her regular pre-game snack at Bryne + Dane's restaurant, and her dad sent her a sign.