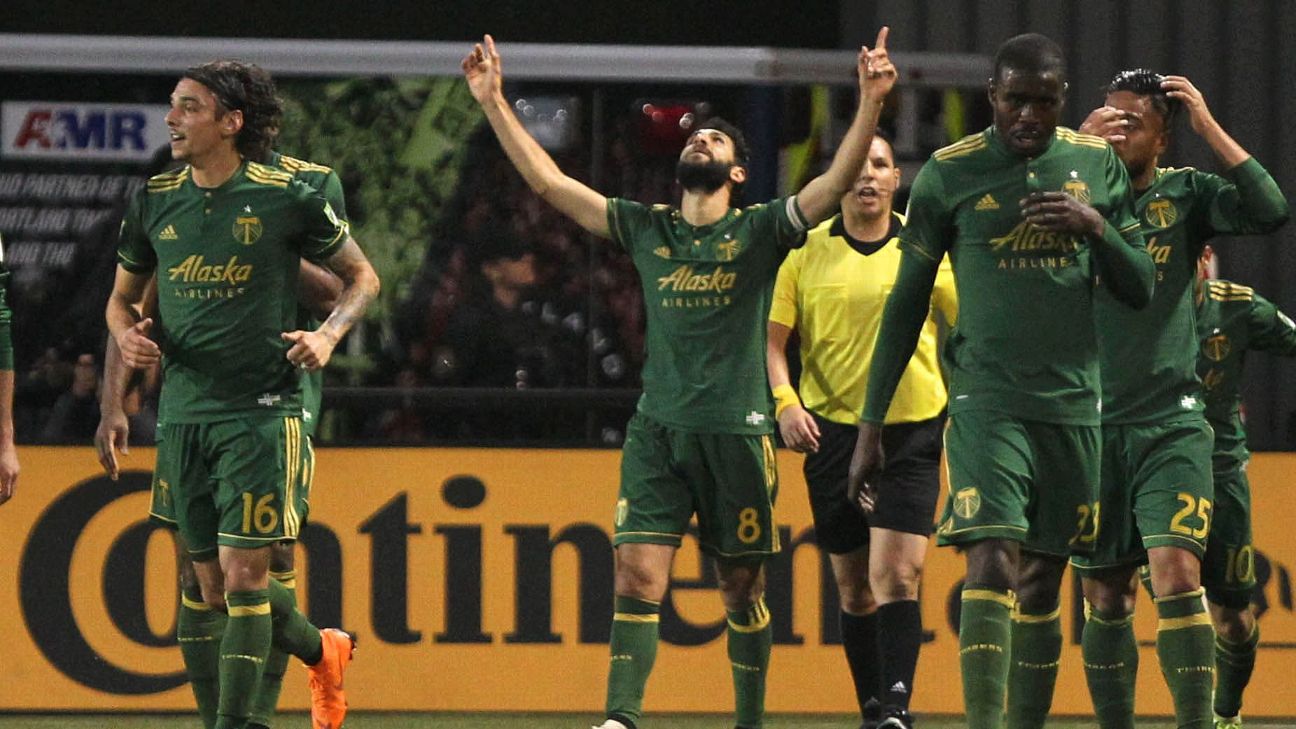 Diego Valeri and Dairon Asprilla each converted penalty kicks in the second half, and Portland extended its league-best unbeaten run to 15 matches in a 3-0 victory over the Philadelphia Union on Saturday night.

Valeri drew Asprilla's penalty and also set up David Guzman for a late goal off a free kick three minutes later for Portland (10-3-7, 37 points), which moved into second place in the Western Conference for the first time this season. Fourth-place LAFC could jump above the Timbers with a win on Sunday, but Portland currently has a game at hand on LAFC, and at least two on every other team in the West.

Portland preserved its sixth clean sheet of its 15-game unbeaten stretch. It outshot Philadelphia 14-11 (and 6-3 on goal) despite holding only 44.6 percent of the possession, statistics that partly owed to a Union lineup that featured a lot of changes.

With Philadelphia (8-11-3, 27 points) facing the Chicago Fire in a U.S. Open Cup semifinal on Wednesday night, coach Jim Curtin opted to rest a few of his regulars, most notably United States international midfielder Alejandro Bedoya. Bedoya came off the bench in the 66th minute after ceding his starting spot.

Valeri now has eight goals on the season, including three from the penalty spot in three attempts. Asprilla's later penalty marked the first time this season anyone other than Valeri has taken a Timbers penalty, as he found the net for the first time this year.

Valeri gave the Timbers the lead from the spot in the 58th minute. Alvas Powell earned the penalty when he got around the right edge and induced Fabinho into a foul. Valeri stepped up and calmly guided his shot into the net after getting goalkeeper Andre Blake to guess the wrong way.

It was 2-0 after another sloppy Union challenge in the area, this time with Warren Creavalle clipping the back of Valeri's legs as he cut into the penalty area from the right. Valeri deferred to Asprilla, who drove a powerful finish off Blake's hands and into the net in the 84th minute.

Three minutes later, Guzman got free on the back post to head Valeri's long, diagonal free kick inside Blake's right post. It was the Costa Rican's first goal of the season in his first start since March 10.