Ranking the must-see NBA playoff series this round 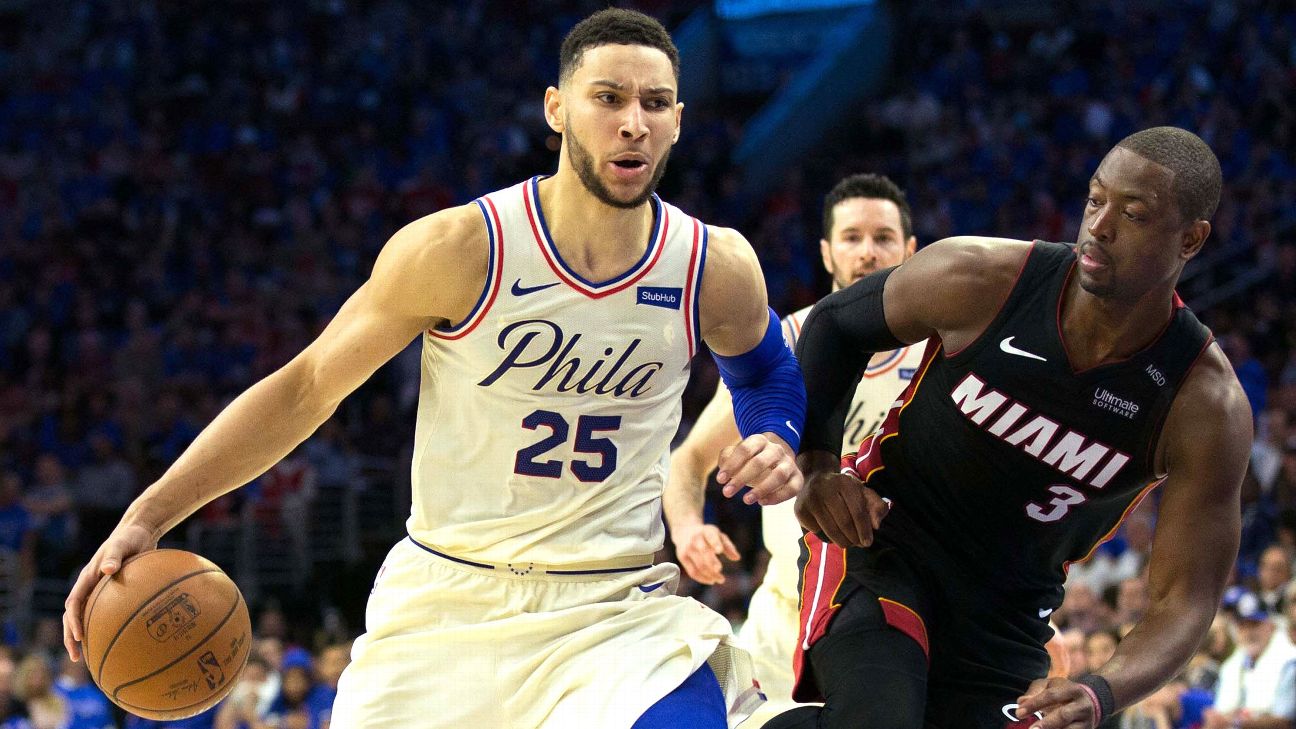 With the first two games in the books for all eight series in the first round of this year's NBA playoffs, we know a lot more about how the matchups are taking shape and the likely outcomes.

Taking that into account and using a highly scientific method, I've ranked all eight series based on their watchability the rest of the way, giving heavy weight to the competitiveness of the matchup. Let's take a look, starting with an unlikely leader.

Most years, a first-round series involving LeBron James would rank near the bottom of the list, at least in terms of competitiveness. After all, until Sunday his teams hadn't lost a first-round game since 2012. So far, despite James' heroics, the Cavs' series against the Pacers has looked every bit like the close matchup my model suggested before the series began. It took nearly all 46 of James' points in Wednesday's Game 2 to even the series at 1-1 heading to Indiana.

The Pacers just might have gone home up 2-0 if not for Victor Oladipo's first-half foul trouble. Indiana was plus-11 in Oladipo's 28 minutes of action, during which he scored 22 points and shot 7-of-10 from inside the arc. The Cavaliers' defense, the league's second worst on a per-possession basis during the regular season, hasn't had any answers for Oladipo. So it's imperative that James and the Cleveland offense -- with better spacing after Kyle Korver and JR Smith entered the starting lineup -- keep operating at a high level.

Through two games, this series has lived up to advance billing as perhaps the most entertaining and competitive first-round matchup. After struggling to slow the Thunder offense in a Game 1 loss, the Jazz clamped down in the fourth quarter of Game 2, holding Oklahoma City stars Carmelo Anthony, Paul George and Russell Westbrook to 0-for-14 shooting combined in the period as they rallied to win.

Meanwhile, following a slow start dealing with a toe contusion, Utah rookie Donovan Mitchell carried the team's offense down the stretch. Mitchell scored 13 points on 4-of-9 shooting in the fourth quarter, including back-to-back scores to push the lead from two to six with 1:33 to play. Mitchell's emergence as one of the league's brightest young stars adds to the watchability of this series.

While the Sixers dominated the second half of Game 1, pulling away to win their first playoff game since 2012 by 27 points, the Heat rallied to even the series thanks to a strong second quarter in Game 2.

Ordinarily, I'd talk here about how Miami's hot midrange shooting and Philadelphia's inaccuracy from beyond the arc are unlikely to carry over from Game 2. (The Sixers had the better shot attempts in Game 2, according to Second Spectrum's quantified shot quality metric that utilizes the location of shots, their type and the location of nearby defenders.) But that analysis will be irrelevant as soon as 76ers center Joel Embiid is cleared to return to the court, which will change the matchups and tone of this series dramatically.

A healthy Embiid should allow Heat counterpart Hassan Whiteside to stay on the court after playing just 27 minutes total in the first two games. Despite his ability to shoot the 3, Embiid will probably also diminish Philadelphia's spacing as compared to lineups with Ersan Ilyasova or even Dario Saric in the middle. Yet that's worth it because of the defensive upgrade Embiid should offer.

Of the five teams down 2-0 in their series, I think the Bucks have the best chance to come back. After all, Boston needed overtime to hold off a furious Milwaukee comeback in Game 1, where a Bucks win could have completely changed the tenor of the series.

Game 2 was a different story, with the Celtics cruising despite Milwaukee shooting nearly 60 percent from the field -- the Bucks' 61.7 effective field goal percentage (counting 3-pointers as 1.5 field goals) was the best for a playoff loser since at least 1983-84, per Basketball-Reference.com.

But it's unlikely Boston will keep scoring so well, and at worst the matchup between Eric Bledsoe and Terry Rozier will be worth watching after Bledsoe told reporters after Game 2 that he didn't know Rozier -- who has scored 46 points and handed out 11 assists in the series.

This matchup has been entertaining thus far, yielding a pair of close games -- both won by the visiting Pelicans. Because of those results, the watchability factor for this series hinges on the outcome of Thursday's Game 3.

If New Orleans goes up 3-0, it's basically a wrap. Not only has no team ever rallied from a 3-0 deficit, eight of the 10 teams to go down 3-0 and play Game 4 on the road have gotten swept. So Game 3 is basically a must-win for Portland, which should make it highly watchable.

Is it possible that all the Raptors needed to do was win a Game 1 at home to avoid a dramatic series against a lower-seeded opponent? After rallying from a halftime deficit to win on Saturday, Toronto started hot in Tuesday's Game 2 and held off a John Wall-led comeback effort.

We'll see whether the change of scenery and more small ball might help -- Washington is plus-19 with Mike Scott on the court in the series, and when Wizards coach Scott Brooks was asked after Game 2 about Scott's success as a backup center, he responded, "Who knows, he might be a starting [center]." For now, however, the Raptors are comfortably in control of this series.

Early on, the Timberwolves offered hope they could be more competitive than their 0-4 record against the Rockets during the regular season suggested, playing close in Game 1 and taking an early lead in Game 2. Then Houston outscored Minnesota by 25 points over the final three quarters.

The Rockets have gone up 2-0 without shooting particularly well from 3-point range, so this looks like a short series. But the Timberwolves can count on returning home to a crowd fired up to see the first playoff game in Minnesota since 2004.

While watching LaMarcus Aldridge and the Warriors' stars is plenty entertaining, there doesn't seem to be much drama left after Golden State won the first two games by a combined 36 points.

Granted, San Antonio was a much better team at home during the regular season, going 33-8 at the AT&T Center (four more home wins than the Warriors managed) and 14-27 on the road (fewer than half as many road wins as Golden State, which was 29-12 both home and away). But there generally isn't such a thing as a unique home-court advantage for teams that don't play at altitude, so odds are the discrepancy was nothing more than a fluke.