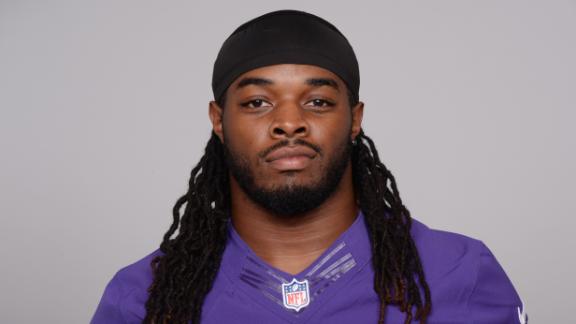 "I guess I'll get on my soapbox here because I'm allowed to, [but] it's amazing to me the vitriol and really the hate that people want to put out," Harbaugh said Wednesday. "He's done nothing wrong. He's still trying very hard. He's just a young guy who is trying his best to make it in the league."

Richardson, who was selected behind Andrew Luck and Robert Griffin IIIin 2012, is considered one of the biggest busts in the last decade. He was out of football last season and was on his fourth team in four seasons.

"Because he was a top pick, I know it definitely comes with more scrutiny," Harbaugh said. "Certainly, he understands that and he handles it really well. He's a good person. He wants to do well. He's a hard worker. There is a possibility that sometime, someway, some fashion that he could come back here or somewhere else in the league."

On Tuesday, the Ravens released Richardson off the physically unable to perform list. He hadn't practiced in training camp after getting his knee scoped last month.

Baltimore needed to add a running back because it was down to just three healthy ones with Justin Forsett, Buck Allen and Terrance West. The Ravens signed journeyman running back Stephen Houston on Wednesday.

"With Trent, it was strictly health," Harbaugh said. "We knew the knee was a problem when we first brought him in. We were hopeful that he would work through it. But we just couldn't wait any longer. We need the running back. We need the bodies out there practicing."

Richardson was considered a long shot to make the Ravens this season. He was last on the depth chart behind five other running backs. His career average is 3.3 yards per carry.

In informing Richardson of his release, both Harbaugh and general manager Ozzie Newsome spoke to him.