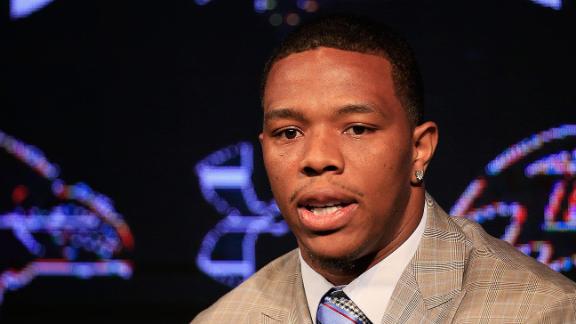 Former Baltimore Ravens running back Ray Rice, along with his wife Janay and original attorney Michael Diamondstein, will be speaking to the people involved in the Robert Mueller investigation and the NFL Players Association's investigation, according to a source familiar with the process.

Rice and his wife will not be interviewed together, however.

Rice and his inner circle have been prepared to cooperate in each investigation, but in an effort to be efficient and provide equal access to the dual investigations, Rice and his new attorney Peter Ginsberg extended the opportunity to do interviews with both investigations at once.

When the interviews will occur still has not been scheduled; it will depend on when U.S. District Judge Barbara S. Jones hears the appeal filed by the NFLPA on behalf of Rice over his indefinite suspension.

Rice was suspended indefinitely Sept. 8 for violating the NFL's personal conduct policy after a video of Rice hitting his then-fiance in an elevator was released publicly. NFL commissioner Roger Goodell originally had suspended Rice for two games.