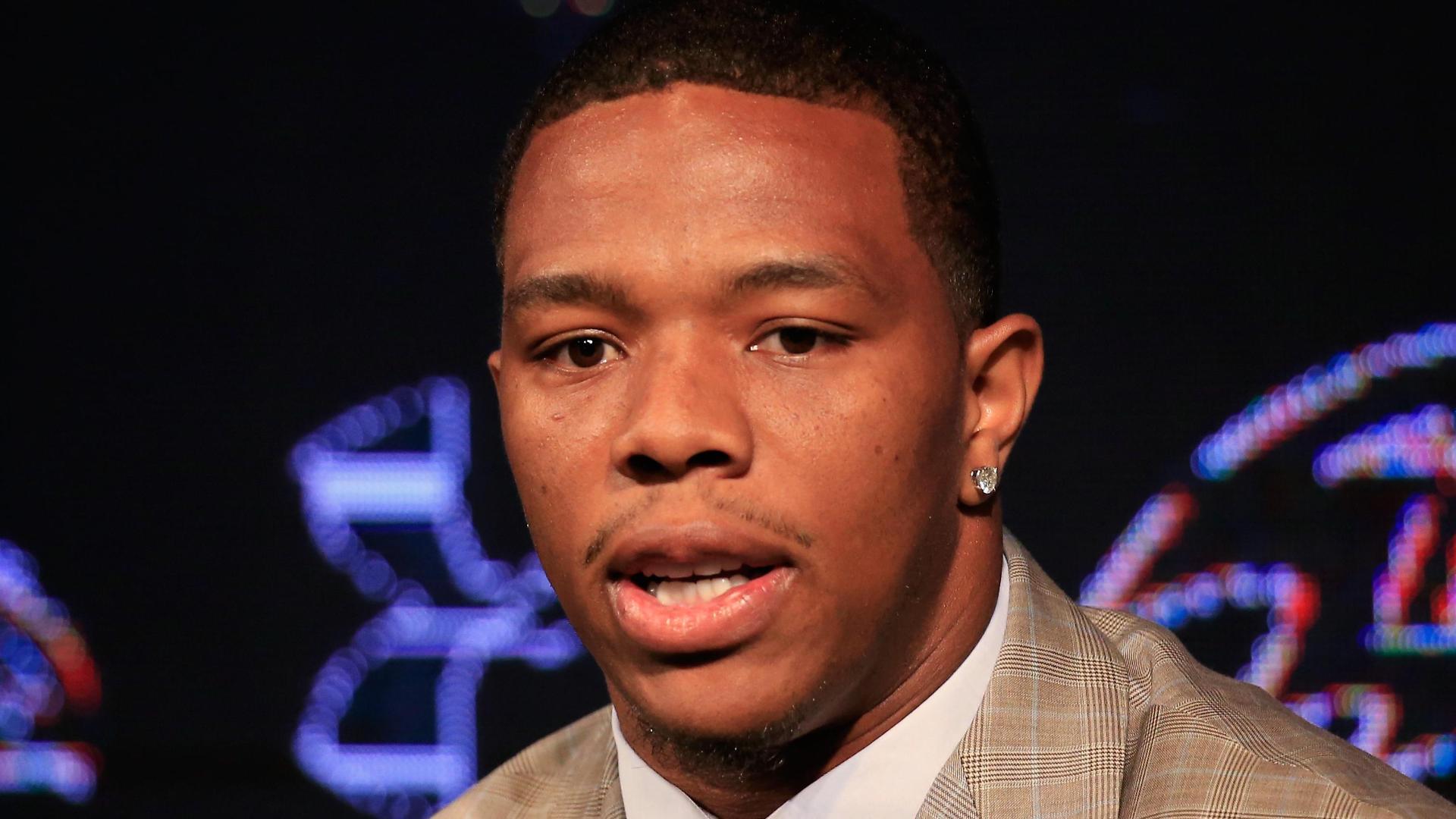 Former Baltimore Ravens running back Ray Rice has won his appeal of an indefinite suspension and has been reinstated to the NFL.

Rice is now eligible to sign with any NFL team.

"I would like to thank Judge Barbara Jones, the NFL Players Association, my attorneys, agents, advisors, family, friends and fans -- but most importantly, my wife Janay," Rice said in a statement released by the NFLPA on Friday. "I made an inexcusable mistake and accept full responsibility for my actions.

"I am thankful that there was a proper appeals process in place to address this issue. I will continue working hard to improve myself and be the best husband, father and friend, while giving back to my community and helping others to learn from my mistakes."

Former U.S. District Judge Barbara S. Jones, who heard Rice's appeal earlier this month, concluded in her decision, which was obtained by ESPN, that Rice did not lie to or mislead NFL commissioner Roger Goodell.

"In this arbitration, the NFL argues that Commissioner Goodell was misled when he disciplined Rice the first time. Because, after careful consideration of all of the evidence, I am not persuaded that Rice lied to, or misled, the NFL at his June interview, I find that the indefinite suspension was an abuse of discretion and must be vacated," Jones' decision stated.

"I find that the NFLPA carried its burden of showing that Rice did not mislead the Commissioner at the June 16th meeting, and therefore, that the imposition of a second suspension based on the same incident and the same known facts about the incident, was arbitrary," Jones also wrote.

"The Commissioner needed to be fair and consistent in his imposition of discipline.

"Moreover, any failure on the part of the League to understand the level of violence was not due to Rice's description of the event but to the inadequacy of words to convey the seriousness of domestic violence. That the League did not realize the severity of the conduct without a visual record also speaks to their admitted failure in the past to sanction this type of conduct more severely."

Janay Rice told ESPN's Jemele Hill on Friday that they learned of the ruling while at the house of her mother, and were with family and friends at the time.

"It feels unbelievable," Janay Rice said. "It's a relief. We've been telling the same story for months and we always had faith that we'd done the right thing. Everyone deserves a second chance. We're excited about what the future will bring."

The NFL issued a statement Friday: "We respect Judge Jones's decision to reinstate Ray Rice from his indefinite suspension for violating the league's Personal Conduct Policy in an incident of domestic violence. Ray Rice is a free agent and has been eligible to be signed by an NFL team since he was released by the Ravens. Based on Judge Jones' decision, he will be eligible to play upon signing a new contract.

"... Judge Jones' ruling underscores the urgency of our work to develop and implement a clear, fair and comprehensive new personal conduct policy. We expect this policy to be completed and announced in the weeks ahead. Our focus is on consistently enforcing an improved policy going forward."

In a memo sent to NFL team owners and CEOs that was obtained by ESPN, league executive Jeff Pash detailed steps Goodell has taken "to ensure that the unique issues addressed in the Ray Rice matter are not presented again."

"Based on these and other steps, we are confident that the issues addressed by Judge Jones will not be part of future disciplinary decisions of the Commissioner." the memo read. "We will of course review the decision in detail to identify any other aspects that can be addressed within the comprehensive revision of the Personal Conduct Policy that is now underway."

Whether Rice is entitled to back pay for game checks he missed during his suspension will be determined in a separate proceeding through the grievance filed against the Ravens by the NFLPA on behalf of Rice.

"This decision is a victory for a disciplinary process that is fair and transparent," the NFLPA said Friday in a statement. "This union will always stand up and fight for the due process rights of our players. We take no pleasure in seeing a decision that confirms what we have been saying about the Commissioner's office acting arbitrarily. The only remaining action is for NFL owners to embrace a fair process with a neutral arbitrator in all cases. The players thank Judge Barbara Jones for her time and thoroughness in this matter."

Rice was suspended indefinitely Sept. 8 for violating the NFL's personal conduct policy after a video of him hitting Janay, his then-fiance, was released publicly.

Goodell originally had suspended the running back for two games. The incident occurred in February inside an elevator at an Atlantic City, New Jersey, casino.

Ravens general manager Ozzie Newsome testified under oath Nov. 6 in the appeal hearing that he heard the former Baltimore running back tell Goodell during his June 16 disciplinary hearing that he had hit Janay in a casino hotel elevator, sources told ESPN's "Outside the Lines."

Rice also testified, as did his wife. Details of what Rice and his wife testified to Nov. 6 and what Goodell said Nov. 5 were not released to "Outside the Lines" because of a gag order that Jones imposed. But sources said Newsome backed Rice's previous accounts of what he told Goodell.

Goodell spent the majority of his time testifying under cross-examination by outside union attorney Jeffrey Kessler, sources said.

Rice's attorney, Peter Ginsberg, said in a statement Friday it was "a huge relief" that Rice can "get back to work."

"That is the fair and legally correct result. The decision, however, certainly does not mean that this incident will be forgotten by anyone involved," Ginsberg said in the statement. "On a personal level, Ray, individually, and Ray and Janay, as a couple, are dealing with these events privately. On a professional level, it is time for Ray to prove himself again.

"Hopefully, the NFL will use this incident to learn and to improve. On the heels of Bountygate, Commissioner Roger Goodell has shown once again that he does not follow the rules in his treatment of players and that his judgment cannot be trusted. Under his leadership, the NFL ignored for years the need to create a stronger and more constructive program to address domestic abuse."

Rice, 27, is a three-time Pro Bowler and helped the Ravens win Super Bowl XLVII. He rushed for 6,180 yards and 37 touchdowns in six seasons with Baltimore.

Ravens receiverTorrey Smithtweeted his support of his former teammate after Rice's reinstatement was announced. 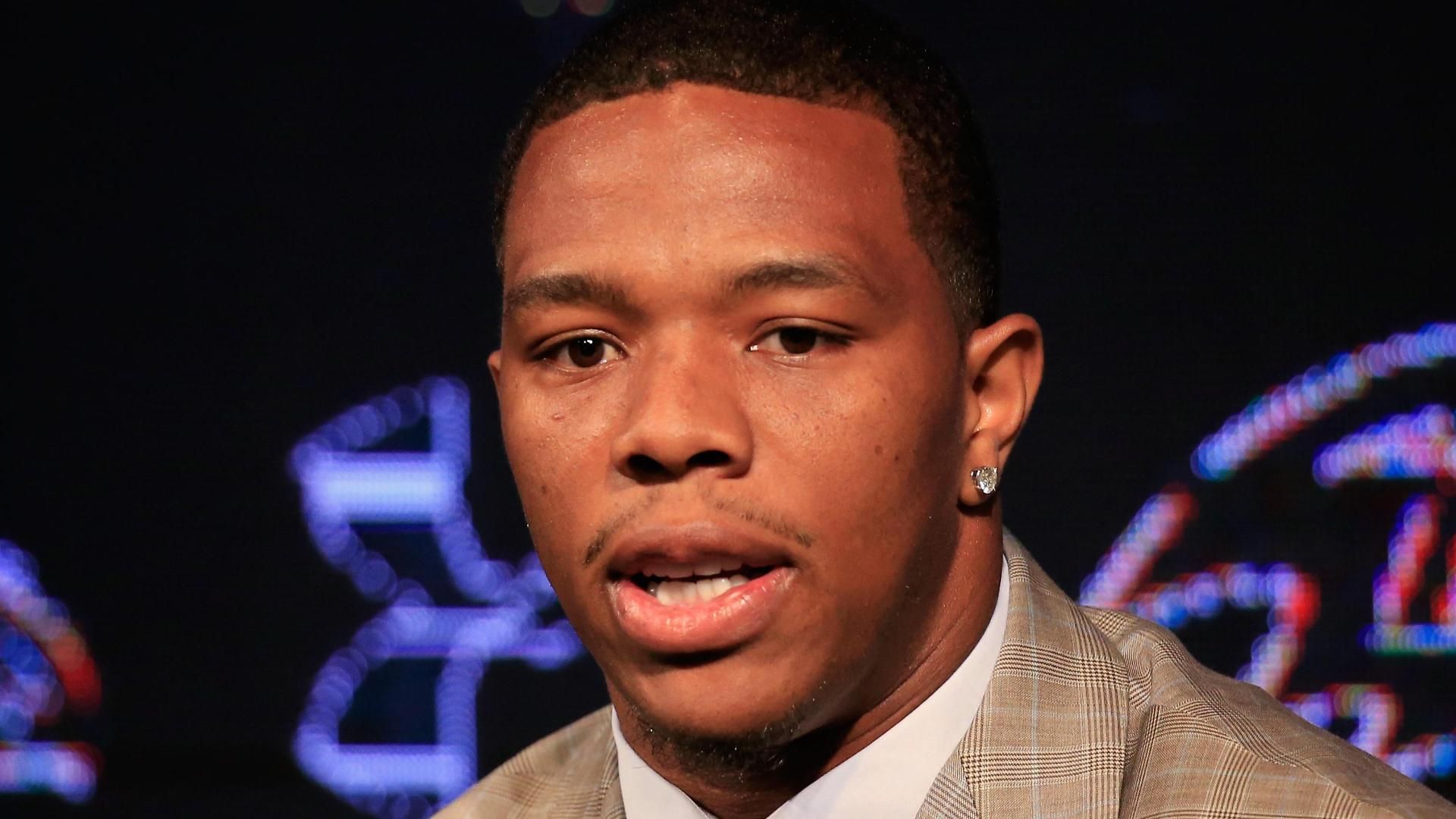 Will A Team Sign Ray Rice?
With the news that Ray Rice has won his appeal, John Clayton discusses whether a team will sign him.