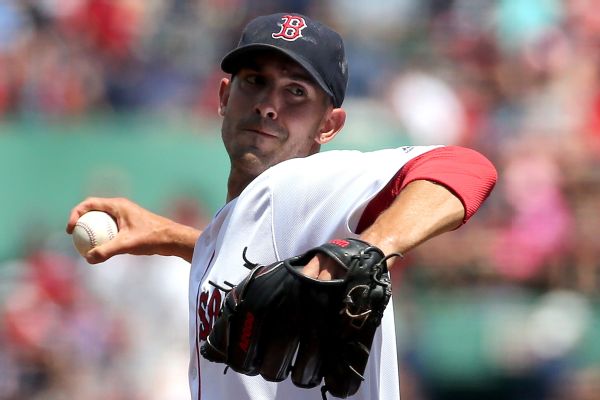 BOSTON -- For the first half-dozen seasons of his career, Rick Porcello pitched in the shadows of Cy Young Award-winning teammates Justin Verlander and Max Scherzer.

Now, he walks among them.

One year after succumbing to the weight of a lucrative contract extension and losing 15 games for the Boston Red Sox, Porcello won the American League Cy Young Award, edging Verlander -- much to the chagrin of the Detroit Tigers ace's fiancée, Kate Upton -- by a narrow margin in voting that was announced Wednesday night by the Baseball Writers' Association of America.

"It's pretty incredible to be mentioned with those three other Red Sox players, and then Pedro and Roger," Porcello said on a conference call from his parents' home in New Jersey, where he received the news. "It definitely doesn't feel right, right now, just because I grew up watching those guys. They were my idols growing up, and I had the utmost admiration for what they've done in the game. To be in that category is -- I can't express my gratitude. It's pretty humbling. I never thought I'd be in that position to mention my name with those guys."

Porcello, a 27-year-old right-hander, was a first-round pick of the Tigers in 2007 and made his major league debut two years later at age 20. But he entered this season with a 4.39 career ERA and hadn't even been an All-Star, to say nothing of a Cy Young candidate.

It was nothing short of a dream season, then, for Porcello, who led the majors with 22 wins and a 5.906 strikeout-to-walk ratio. He ranked behind Verlander and fellow Cy Young finalist Corey Kluber of the Cleveland Indians in both ERA (3.15) and strikeouts (189), but Porcello's candidacy was built on his mind-numbing consistency. He allowed three or fewer runs in 27 of 33 starts and pitched into the seventh inning 23 times, racking up a career-high 223 innings.

Porcello said he began to realize he was having a special season "right after the All-Star break," a notion that crystallized when he notched his 20th win Sept. 9 in Toronto.

"I felt like I had the weapons this year and the command to get out just about any guy that I was going to encounter in any lineup," Porcello said. "I had nothing to worry about going into a start."

Yet Porcello received only eight first-place votes for the Cy Young Award, as compared to Verlander's 14.

What put Porcello over the top in the overall voting by a 137-132 margin over Verlander were his 18 second-place votes, coupled with the fact that two Tampa, Florida-based writers -- Fred Goodall of The Associated Press and Bill Chastain of MLB.com -- left Verlander off their ballots entirely.

Voters list their five picks in order. A first-place vote is worth seven points, four for second, three for third, two for fourth and one for fifth. Verlander needed to pick up five more points to match Porcello.

"I feel bad that people are upset about this. I did the best I could," Chastain told the New York Daily News. "I went around the clubhouse. I asked guys. I agonized over this. The biggest thing for me was between [Orioles closerZach] Brittonand Porcello."

Members of the BBWAA have until the end of the regular season to submit their ballots.

Chastain said he sent in his ballot a week early, thinking nothing in the final days of the regular season would change his mind. Verlander, though, allowed just one run over his final two starts (14 2/3 innings), going 1-1 and watching his ERA drop from 3.21 to 3.04.

"At the time, I thought I picked the best five guys," Chastain told the Daily News. "Maybe I should have waited until the end. When I voted, it looked pretty clear to me."

This marked the second-closest election since 1970, when voters were permitted to select more than one pitcher.

Under the current Cy Young voting format, two AL races have been decided by five or fewer voting points. Verlander has been the runner-up in both.

Verlander's brother Ben and Upton lashed out against the voters on Twitter, with Upton even saying that Porcello "didn't win" because he didn't receive as many first-place votes.

"I honestly don't care," Porcello said, when asked about the reaction from Verlander's camp. "I'm not the one that made that decision, as far as who wins the Cy Young. All I know is I've got a lot of people around me right now that I love very much and have been instrumental in my success getting to this point. And on top of that, we've got some really good bottles of wine that still need to be drank. There's not really a concern in my mind."

If anything, Porcello said he was thrilled to share this year's Cy Young honor with Scherzer, the Washington Nationals ace who won the 2016 award in the National League.

Scherzer recalled in his conference call his five seasons as Porcello's teammate, noting that the two pitchers used to critique each other's outings and observe their between-start bullpen sessions. Porcello remembered how they used to talk about never throwing back-to-back curveballs and pushed each other to be better after getting demoted to the minor leagues in 2010.

"We both kind of started from rocky beginnings in our major league careers," Porcello said. "Very quickly and almost overnight, [Scherzer] turned himself into an absolute dominant starting pitcher in the big league level. I definitely took a slow development road, and it took me a little bit longer. But the lessons -- we were able to kind of feed off of each other, as far as ideas on how to attack hitters, what we're seeing in guys, pitch selection. Watching him and talking to him -- that connection that we have and that friendship that we have -- was instrumental in both of our developments."

After the 2014 season, Cherington staked his reputation on the belief that Porcello would mature into a top-of-the-rotation starter. Not only did the Red Sox trade star outfielderYoenis Cespedesto Detroit for Porcello, they also gave the pitcher a four-year, $82.5 million contract extension that appeared foolish when Porcello went 9-15 with a 4.92 ERA in 2015. 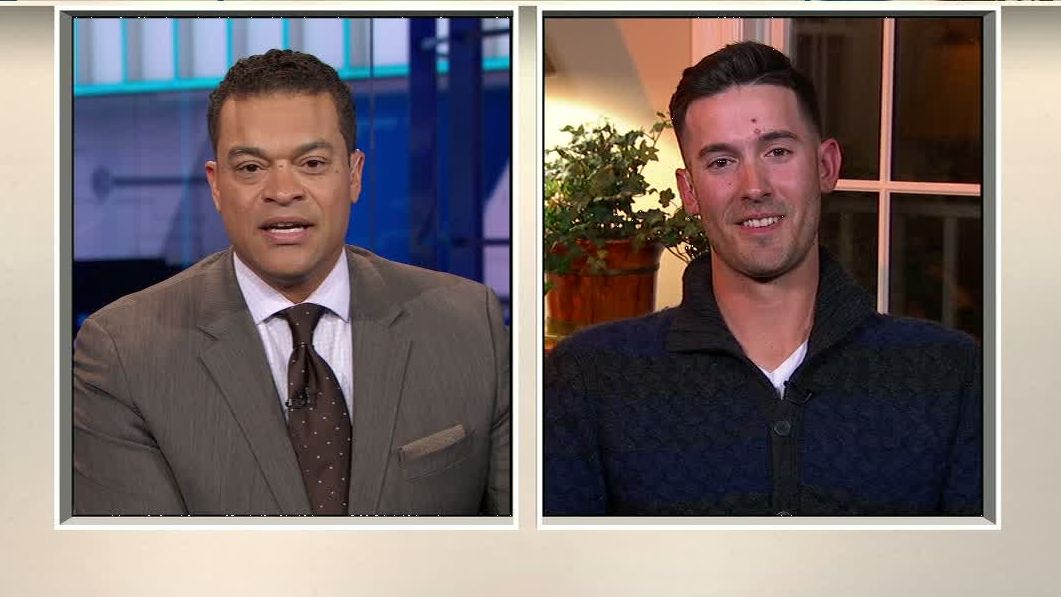 Porcello: 'I don't think I've ever had a better night than this'
Red Sox pitcher Rick Porcello joins SportsCenter to explain the emotion he felt when he found out he won the AL Cy Young Award and shares the moment in the season where he knew everything was jibing in his pitching. 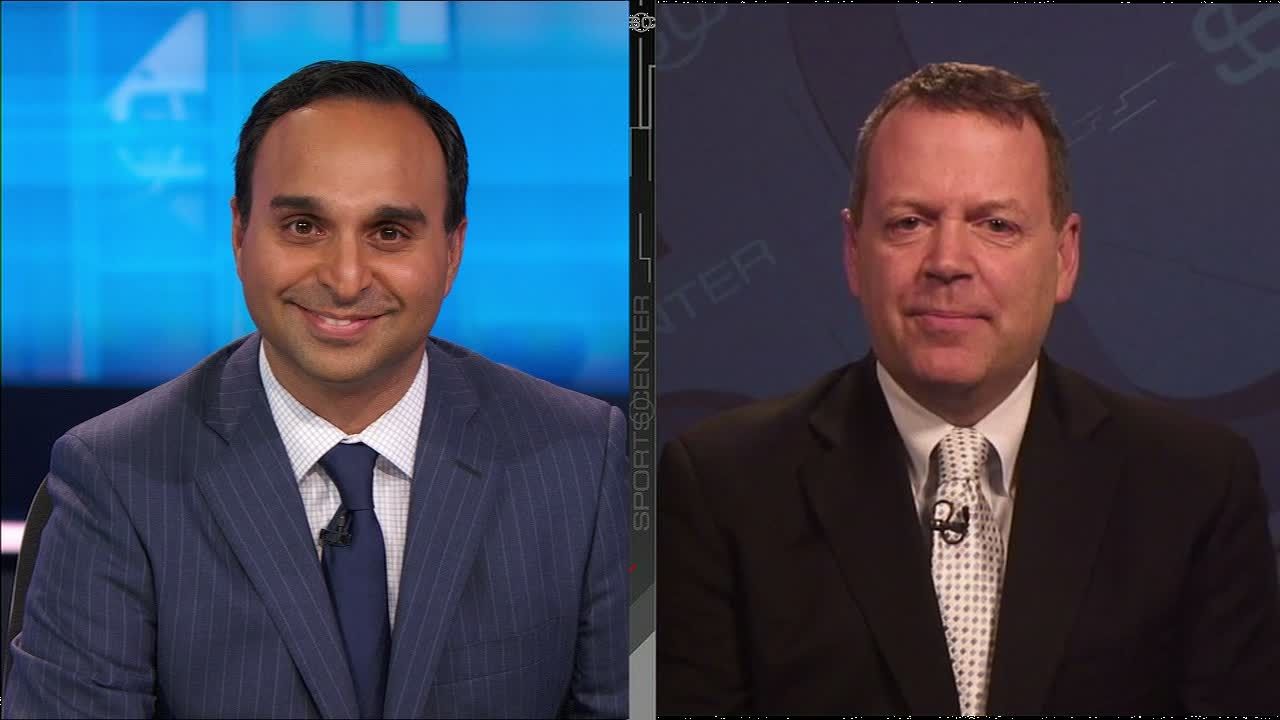