Roddy White follows through on bet 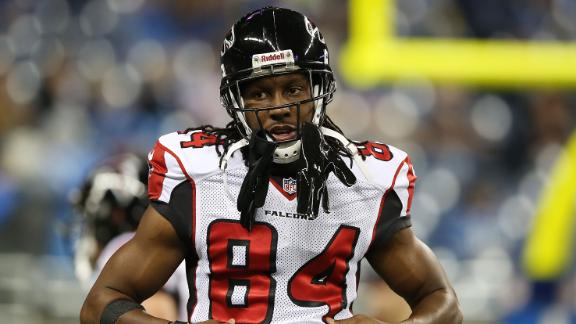 Atlanta Falcons receiver Roddy White is paying up for the Twitter bet he lost.

White, who told fan Dylan Hoyt he would give him season tickets on the 50-yard line if 14th-seeded Mercer beat third-seeded Duke in the NCAA basketball tournament, ended up following through with his promise days after Mercer upset Duke, 78-71. A team official confirmed White would present Hoyt with two seasons tickets and two Super Bowl tickets.

Hoyt also will receive pregame sideline passes to any one game and will be a guest of White's at training camp, where he'll sit in the VIP section and talk to players after practice.

White didn't want to make a big deal about the story, but it took on a life of its own after the receiver was attacked on Twitter for not following through on the bet. The team mentioned how White was willing to follow through because Hoyt was such a class act about the whole matter.

"I'm a man of integrity and definitely a man of my word, and the kid is a great kid," White told ESPN.com. "We have talked about it for days while people were just speculating. And being a father, you have to be responsible for your actions. I have always been a 'say what you do and do what you say' type of guy. And I wanted to add some incentives because he was so cool."