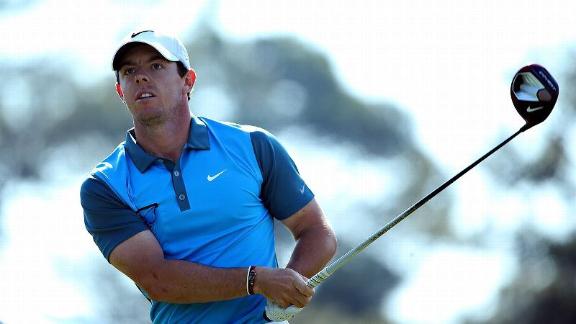 PINEHURST, N.C. -- There is nothing quite like a chat with the Golden Bear. And in anticipation of this week's U.S. Open, Rory McIlroy took advantage of the opportunity to talk to Jack Nicklaus.

McIlroy, 25, who has had a perplexing trend of 40-plus nine-hole rounds in several tournaments, opened Nicklaus' Memorial Tournament two weeks ago with a 63, followed by a Friday 78 in which he shot 43 on his first nine.

That was one of the subjects during their two-hour conversation last week at Nicklaus' office in North Palm Beach, Fla.

"He said to me, 'How the hell can you shoot 63 and then 78?''' McIlroy said. "I said, 'I wasn't meaning to, Jack. I'm not trying to.' He said to me he was never afraid to change things up in the middle of a round if it wasn't going well, if he felt like he wasn't swinging well. He'd make a swing change right then and there.

"The mental strength to be able to do that and trust what you're doing. But I had a great conversation with Jack and I feel very honored that I'm able to call him up for advice, if I need to. And he's been very generous with his time. Some of the things he said to me, I'm really thinking about going into this week. He was a great U.S. Open player and hopefully some of those little nuggets of wisdom that he passed on to me might help this week.''

Nicklaus, 74, won a record-tying four U.S. Opens and finished runner-up another four times. McIlroy is making his sixth U.S. Open appearance and won the tournament in 2011 at Congressional.

The two met for the first time in 2009 when McIlroy was playing the Honda Classic in Florida. Nicklaus recognized McIlroy in a Palm Beach Gardens parking lot and introduced himself, welcoming the golfer to his nearby Bear's Club.

That is eventually where McIlroy chose to base his Florida practice operations, and they've remained in contact since. "To have that at my disposal is... I mean it has to be an advantage in some way,'' McIlroy said.

The Northern Irishman had never seen Pinehurst No. 2 until last week, when he visited for two practice rounds. Ranked sixth in the world, McIlroy has had 10 top-10 finishes around the world this year, including a victory last month at the European Tour's BMW PGA Championship.

It was his first win on the major tours in 18 months and helped establish him as one of the players to watch this week. He is ranked sixth in the world. But in his past six PGA Tour events, McIlroy five times has shot a Friday nine-hole score of 40 or higher.

"There are a lot of guys who can challenge for that No. 1 spot, but I'd love to get back to the point where I can seize control of that, like I did at the end of '12,'' McIlroy said. "Hopefully handle it a little better and keep a hold of it a little longer.''

McIlroy is grouped for the first two rounds with former U.S. Open champions Graeme McDowell and Webb Simpson. They begin play Thursday morning off the first tee at 7:40 a.m. 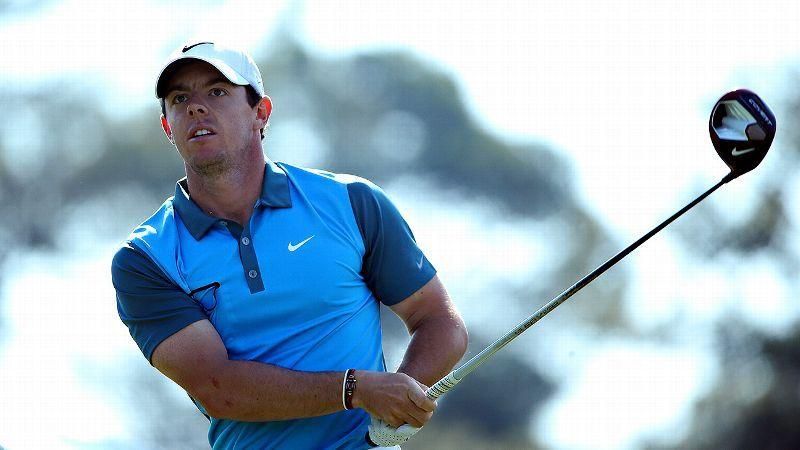