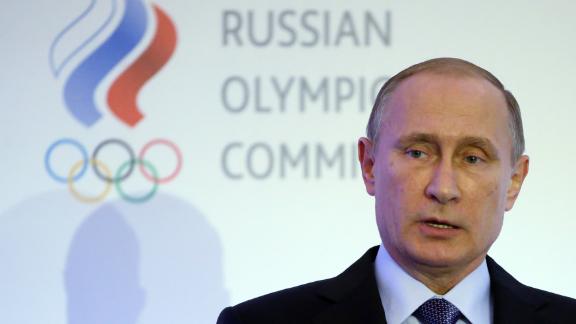 MOSCOW -- The Russian track federation plans to partially admit to the charges leveled against it by the World Anti-Doping Agency commission as it bids to avoid a ban from competition.

The federation's acting president, Vadim Zelichenok, told The Associated Press on Thursday that Russia has prepared a response to the sport's governing body, whose council is due to decide Friday on whether to suspend Russia.

If Russia is banned, the country's track and field team could be excluded from next year's Olympics in Rio de Janeiro.

"We admit some things, we argue with some things, some are already fixed, it's a variety," Zelichenok said, declining to provide further details. "It's not for the press."

Monday's report recommended that the Russian track federation be suspended, saying its athletes and officials were involved in "extensive" use of performance-enhancing drugs, obstructed doping tests and helped to cover up drug use. The report said Zelichenok "refused to cooperate" with investigators.

Even if Russia's track and field team is banned, sports minister Vitaly Mutko told the AP on Thursday that the country has no intention of boycotting the Olympics.

Mutko also appealed for Russia's track team to be allowed to compete, arguing that a blanket ban would unfairly punish clean athletes.

During the Cold War, the United States and allies boycotted the 1980 Moscow Olympics in protest at the Soviet Union. Four years later, there was a Soviet-led boycott of the Olympics in Los Angeles.

On Wednesday, Russian President Vladimir Putin insisted clean athletes should be allowed to compete and asked Russian sports officials to carry out an internal investigation into the allegations made in the doping report. Mutko said Russia would provide constant updates about its investigation.

IOC President Thomas Bach, meanwhile, met with Russian Olympic Committee head Alexander Zhukov and other officials in Lausanne, Switzerland, amid signs that both sides were working toward an agreement that could avoid a ban.

Bach has said sanctions are up to the IAAF and WADA, but also stressed that the IOC will be ready to strip any medals from Olympic athletes mentioned in the report who are found guilty of doping.

In one move, the Russian Olympic Committee asked former Russian track federation president Valentin Balakhnichev to resign from its executive board. The WADA commission's report said Balakhnichev was "ultimately responsible" for doping and cover-ups at the federation during his tenure and linked him to instances in which money was allegedly extorted from athletes.

The Russian government has consistently slammed the report for what it says is a lack of evidence. Mutko said there was an overreliance on confidential sources and condemned the inclusion of material from undercover recordings made by whistleblowers, which he said violated the rights of those accused of doping.

The scandal also entered the arena of international diplomacy as the Russian Foreign Ministry issued a stinging critique of the report's authors.

"The position of the special commission on doping with regards to Russian athletes looks extremely biased, politicized," ministry spokeswoman Maria Zakharova said in her weekly briefing, adding that sources cited in the report seem "extremely doubtful."

In southern Black Sea resort of Sochi, the host city of last year's Winter Olympics, some Russian track and field athletes trained in the sun on Thursday. Many remained upbeat about their chances of competing in the Olympics while questioning why other countries were not being investigated alongside Russia.

"It happens all around the world. Why are these measures taken only for the Russian team? I don't understand this," said Maxim Sidorov, a shot putter who competed at the 2012 Olympics. "Not only we, if it's proved, are using doping. Other countries do it as well. Why aren't they disqualified?"

As former European 400-meter relay champion Ksenia Aksyonova trained, her coach said that banning Russia would be "a disaster for athletes."

"They devoted their life to this and because of broad political motives probably the whole team can be disqualified," Rif Babikov said. "We have seen this -- in 1984 we boycotted the Olympics in Los Angeles because of politics, in 1980 western countries boycotted Moscow. Nothing good came out of this."

Also, Russian state-controlled bank VTB said Thursday it would not extend its sponsorship contract with the IAAF, which expires this year, but denied it was because of the fallout from the doping report.

"We think that all the goals have been achieved regarding this. We have not planned to extend (the contract)," VTB first deputy president Vasily Titov told the RIA Novosti news agency. "No, it's not linked to the doping scandal in any way."