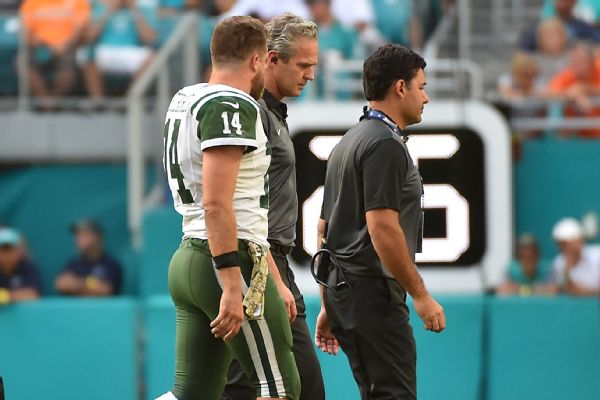 ESPN
By Rich Cimini
New York Jets quarterback Ryan Fitzpatrick, who underwent an MRI on Monday, has been diagnosed with a sprained MCL in his left knee, coach Todd Bowles confirmed on Monday,

Bowles said after Sunday's 27-23 loss to the Miami Dolphins that Fitzpatrick, despite a two-interception performance, will start against the Los Angeles Rams. But on Monday, Bowles said he didn't know if Fitzpatrick will start Sunday.

"I have to see him run around a little bit on Wednesday and Thursday first," said Bowles, adding that he's turn to second-year quarterbackBryce Petty if Fitzpatrick "missed a significant amount of practice time."

Petty replaced Fitzpatrick for four snaps on Sunday, completing both pass attempts and finishing off a drive that resulted in a field goal. It was his first regular-season action.

Bowles made it clear that he's not ready to give up on the season and start evaluating players - mainly Petty - for 2017.

Fitzpatrick, who has thrown a league-leading 13 interceptions this season, was injured when Dolphins defensive lineman Jordan Phillips rolled into his left knee. Fitzpatrick was examined on the sideline and returned for the next series.

Jets fans have clamored for Petty to play, but Bowles gave Fitzpatrick an unequivocal vote of confidence after the game.

Bowles hinted earlier in the season that he may turn to Petty at some point, but it's believed that he wants to reevaluate during the team's Week 11 bye.

The Jets (3-6) don't have an experienced backup, as Geno Smith suffered a season-ending knee injury two weeks ago. The only quarterbacks on the bench are Petty and rookie Christian Hackenberg, who has yet to dress for a game.

Also on Monday, a source told ESPN's Adam Caplan that Jets nickelbackMarcus Williams suffered a high ankle sprain on Sunday. While Williams is not expected to play next Sunday against the visiting Los Angeles Rams, how much time he will miss is still being determined. 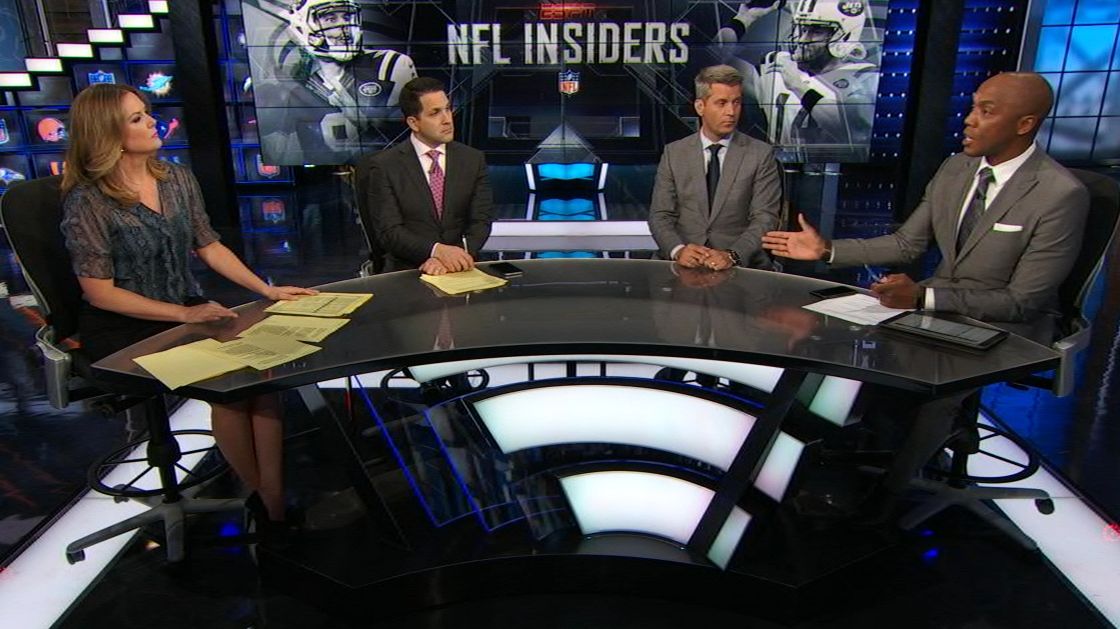 Is it over for Fitzpatrick?
The NFL Insiders react to Jets QB Ryan Fitzpatrick's injury and wonder how the team should move forward. Louis Riddick thinks it's time for the Jets to move on from Fitzpatrick.

Fitzpatrick leaves game after taking big hit
Jets QB Ryan Fitzpatrick takes a big hit and is forced to leave the game but would later return.