Ryan Fitzpatrick to start at QB for Jets vs. Jaguars despite thumb injury 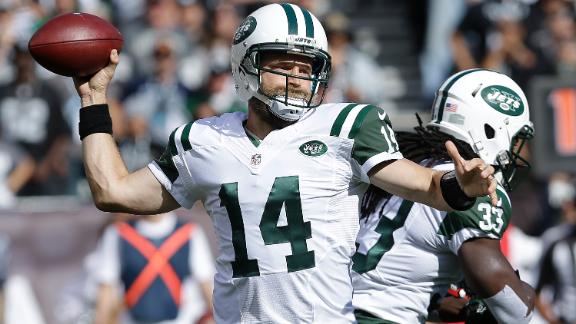 Despite at least one torn ligament in his left (non-throwing) thumb, Ryan Fitzpatrick will start against the Jacksonville Jaguars, coach Todd Bowles announced Wednesday after practice.

Fitzpatrick, who confirmed he will need surgery at some point, wore a protective glove on his left hand and said he practiced without limitations. He said he is "extremely confident" he will be able to play that way Sunday as the Jets (4-3) attempt to snap a two-game losing streak.

"It's painful enough to get me out of changing diapers," Fitzpatrick said. "That's been the one positive."

The situation appeared dire Sunday night in Oakland, where Fitzpatrick was injured on the sixth play and backup Geno Smith suffered a badly bruised left (non-throwing) shoulder. The next day, Bowles was so concerned that he said rookie Bryce Petty would get practice reps and that the Jets would look to add a veteran.

None of that was necessary. Fitzpatrick and Smith practiced fully on Wednesday, and nothing will change: Fitzpatrick will be the No. 1, Smith the No. 2.

Bowles admitted he was surprised that Fitzpatrick was able to do as much as he did in practice.

"He looked fine," Bowles said. "He did everything."

Bowles acknowledged there is a concern that Fitzpatrick's injury could get worse as the week progresses. He will be closely monitored.

Fitzpatrick said he talked to former Cincinnati Bengals teammate Carson Palmer, who experienced the same injury in 2009. Palmer played the whole season, made the Pro Bowl and led the Bengals to a division title, undergoing surgery as soon as the season was over.

Palmer texted Fitzpatrick before the Jets-Raiders game was over. Later, they talked by phone.

"He went through the same thing, and we were able to talk and bounce ideas off each other," Fitzpatrick said. "He's been a decent asset."

That Bowles needed only one practice to announce his decision shows the considerable gap between Fitzpatrick and Smith, who lost the starting job in the preseason when his jaw was broken by a teammate's fist. Fitzpatrick has become a popular team leader.

Smith said he had a feeling he'd remain the backup this week, based on Fitzpatrick's progress, but he admitted it was a letdown.

"You want to play, you want to be out there, you want to have a chance," said Smith, whose play was uneven in his season debut in Oakland. "But I understand what's going on, so I'm not really that disappointed."

The Jets fell apart without Fitzpatrick in the lineup, falling to the Raiders, 34-20. He ranks third among quarterbacks in Total QBR (78.4), trailing only Carson Palmer and Aaron Rodgers.

In practice, Fitzpatrick was able to take snaps from under center, saying that he learned "your left thumb is not really involved in taking a snap. So that was a pleasant surprise." He also said he was able to grip the ball in his left hand while executing handoffs to the right side.

"I don't want to go out and hurt the team and turn the ball over and try to be a hero if something is compromised," he said. "I want to help the team. If I can do that without putting the team or me in a compromising position, I will, and I think I'll be able to do that." 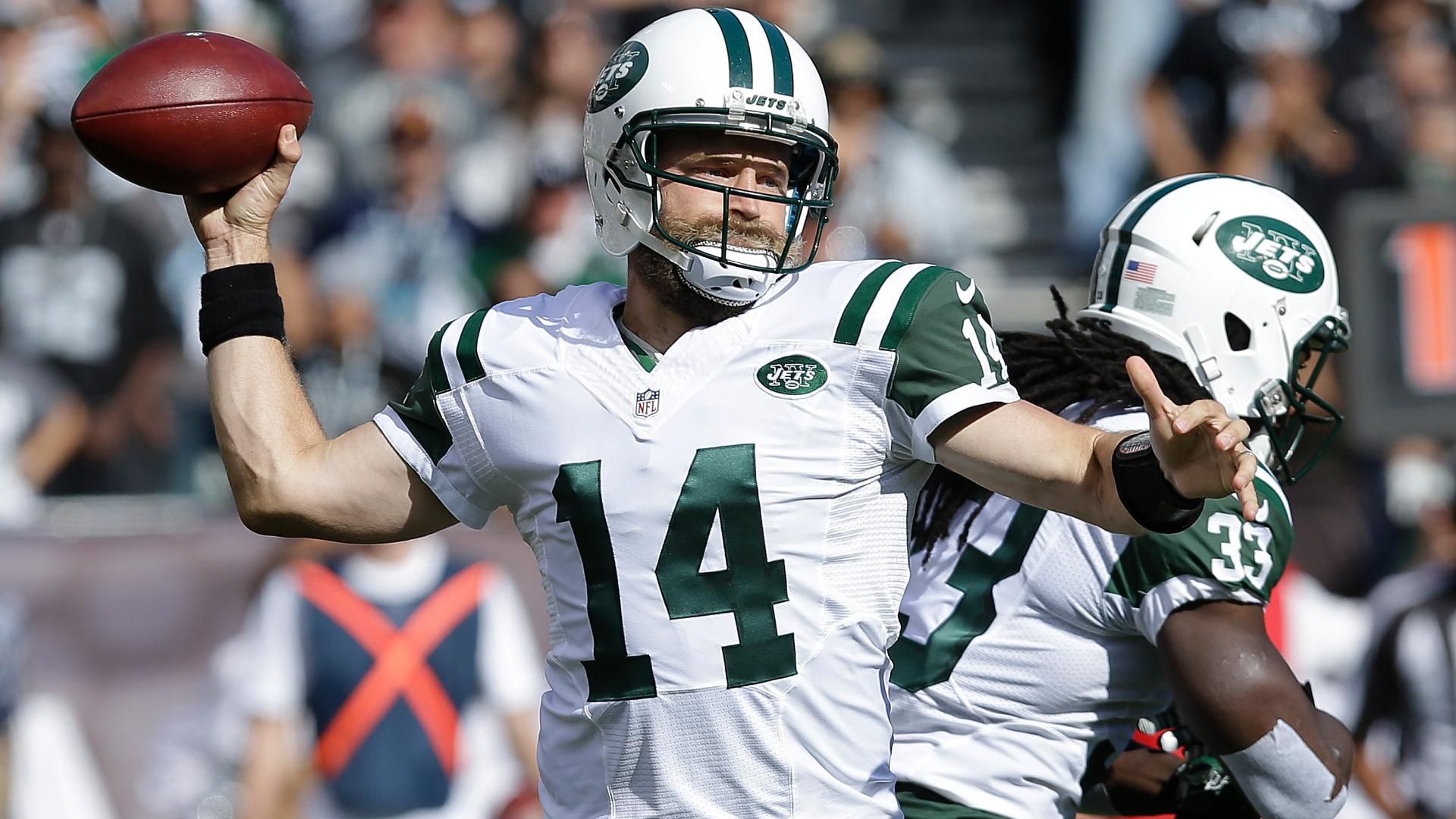