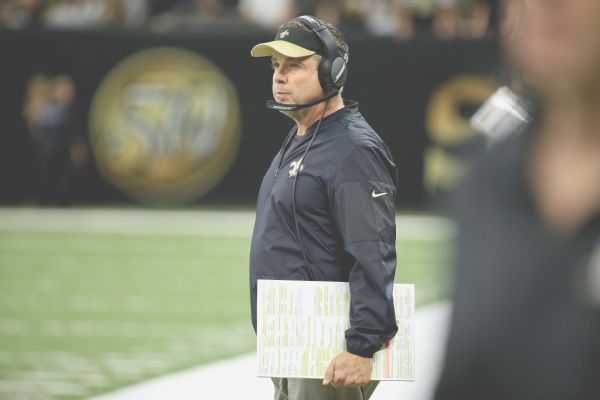 METAIRIE, La. -- New Orleans Saints coach Sean Payton said he hopes pass interference calls will become eligible for replay review "sooner than later" -- a cause that the rival Atlanta Falcons would probably agree with after Sunday.

"That specific call is so critical to get right," said Payton, who said the idea has been brought up and discussed by "a number of clubs" in recent years to no avail.

"And for good reason," Payton said Monday. "I think the competition committee needs to spend a lot more time thinking about [it]."

The idea of reviewing pass interference calls is polarizing and has been a non-starter in rules discussions. The competition committee has made it clear that it doesn't want judgment calls in replay.

However, the Canadian Football League has been reviewing pass interference calls for the past three years now with the intent of being able to correct the obvious, egregious mistakes -- including one in the fourth quarter of the 2015 Grey Cup game.

The Saints were able to beat the Carolina Panthers 41-38 on Sunday despite a controversial pass interference call against safety Kenny Vaccaro in the end zone on a fourth down in the third quarter. Payton said after the game that he wished he could have thrown a challenge flag -- and he stood by the comment on Monday.

The Falcons, meanwhile, weren't so lucky. Their final offensive play in a 26-24 loss to the Seattle Seahawks was a controversial non-call against Seattle Seahawks cornerback Richard Sherman, who appeared to hook the arm of receiver Julio Jones.

"I don't have an opinion on that matter right now. But what I do think as we go through it, let's look at the evidence, talk to the competition committee, and come up with a group approach.''

Jones on Sunday said he thought it should have been pass interference -- though he said he saw no reason to plead with the officials in case the situation arises again.

"It was just a missed call. It's over with. It's done. We're on to the next right now."

Sherman and Seahawks coach Pete Carroll, meanwhile, brushed off the significance of the no-call.

Sherman said Sunday that he thought the officials were letting both sides get away with contact.

"So it was just one of those games. They let us play," said Sherman, who was asked if he thought he got away with one. "No, I feel like we won the ballgame."

Carroll added, "That happens all the time" and it was "no big deal at all" on his weekly radio show Monday with "Brock and Salk" on 710 ESPN Seattle.

"It's a jump ball, and Sherm's hand was on his arm. That happens all the time. Every play there's stuff going on," Carroll said. "Imagine what it's like on a Hail Mary play when there's five guys on defense back there, and there's three or four guys on offense. There's all kinds of bumping and shoving and stuff. They have to determine it. So that's not a big deal at all.

"But I understand when we look the way we look and you guys sit here for four hours this morning, that's the kind of stuff you talk about. Could they have called it? Yeah, they could. They don't call those calls in any other time either, so pretty incidental."

Carroll expanded further that there is "a lot of leeway" in the officials' calls on those plays, because some arm battling is allowed "as long as it's away from the body and you don't grab the guy and hold onto him and pull him away."

"It's just very, very difficult. It's always going to be difficult," Carroll said.