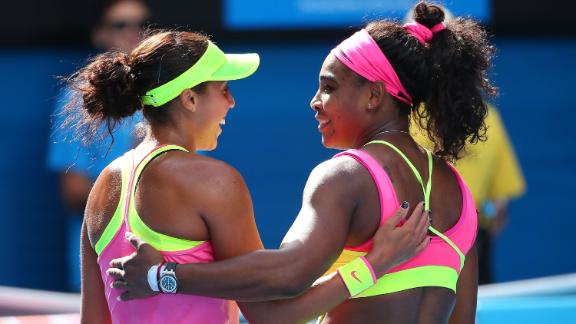 MELBOURNE, Australia -- Serena Williams came up with a big service winner to close out the tiebreaker, and bounced around behind the baseline like she'd won a title.

After holding on to win the tough first set against 19-year-old Madison Keys, prompting the early celebrations, the 18-time Grand Slam champion dominated the second set in a 7-6 (5), 6-2 victory to move into an Australian Open final against second-seeded Maria Sharapova.

It's the first time since 2004 that the top two seeds will meet in the women's final at Melbourne Park.

The 33-year-old Williams will be the oldest player to reach the Australian Open final in the Open era. She won each of the previous five Aussie Open title matches she played in.

Sharapova won the 2008 title, but was comprehensively outplayed in her two other trips to the final -- by Williams in 2007 and by Victoria Azarenka in 2012.

Williams, who has been struggling with a cold for a week, said she'd recover from a tough workout in the all-American semifinal against Keys, who pounded her with heavy groundstrokes and a big serve for the first set.

"She pushed me really hard the first set ... and I had to really dig deep mentally to get through that," Williams said. "It was a little frustrating. I had like nine or 10 match points and couldn't close it out. That doesn't happen so much. She played like she didn't have anything to lose."

Keys, playing in her first Grand Slam semifinal, saved seven match points on serve in a penultimate game that lasted more than 11 minutes. Williams kept her cool, though, wasting one match point on her serve before closing with an ace to reach her 23rd major final.

"I think she can be the best in the world," Williams said of Keys. "The way she played today, I definitely think she has potential to be No. 1 -- and win Grand Slams."

Williams was at her best after dropping her opening service game, finishing the match with just one double-fault, firing 13 aces and defending when she needed to defend.

Keys, who beat fourth-seeded and Wimbledon champion Petra Kvitova in the third round and Venus Williams in the quarterfinals, had control until she was broken in the sixth game.

She held in the 12th game, closing with an ace to force a tiebreaker, but quickly fell behind 4-1 with Serena firing two aces. She saved two set points with aces but had no chance of extending the tiebreaker when Williams hit another unreturnable serve, and started jumping for joy.

Williams broke early in the second set and raced to a 5-1 lead before Keys held, temporarily denying victory for the woman who inspired her to take up tennis.

Until now, Keys had never made it past the third round of a major. But the Australian Open marked many firsts for the American teen.

"Did I think it was going to happen here? Not particularly. But I'm very happy it did," said Keys, who won over many fans with her sense of humor and big smile

"This week has definitely shown me that I can play the top players, and I can do well against them. I can play the No. 1 player in the world in a pretty close match."

Top-ranked Williams hasn't been in peak form in Australia, starting with a lackluster hit-out at the Hopman Cup, but has found a way to reach her first final at Melbourne Park since 2010.

"I was so off. I felt like I wasn't moving well. I just wasn't feeling great on the court," she said. "It's been so long since I've even been in a final here. I was kind of like, 'Oh, let me just try.' My theory now is to relax and play the match as best as I can."

Sharapova, who beat No. 10-seeded Ekaterina Makarova 6-3, 6-2 in an all-Russian semifinal earlier Thursday, has lost her last 15 matches against Williams. Her only two wins in their 18 career meetings were in 2004.

"I think my confidence should be pretty high going into a final of a Grand Slam no matter who I'm facing and whether I've had a terrible record, to say the least, against someone," Sharapova said. "It doesn't matter. I got there for a reason. I belong in that spot. I will do everything I can to get the title."

One thing not at stake in the final will be the No. 1 ranking. Williams ensured she'll hold off Sharapova for top spot by reaching the final.

Sharapova needed 10 minutes to hold in her opening service game, fending off two break points. She responded to the only service break against her in the first set by winning six straight games and seizing control of the match from the 10th-seeded Makarova.

The five-time major winner opened the 2015 season in confident style by winning the Brisbane International title but had a close call in the second round here, having to save match points against No. 150-ranked Russian qualifier Alexandra Panova.

"It's been a strange road for me to get to the finals, but I'm happy," Sharapova said. "I felt like I was given a second chance. I just wanted to take my chances." 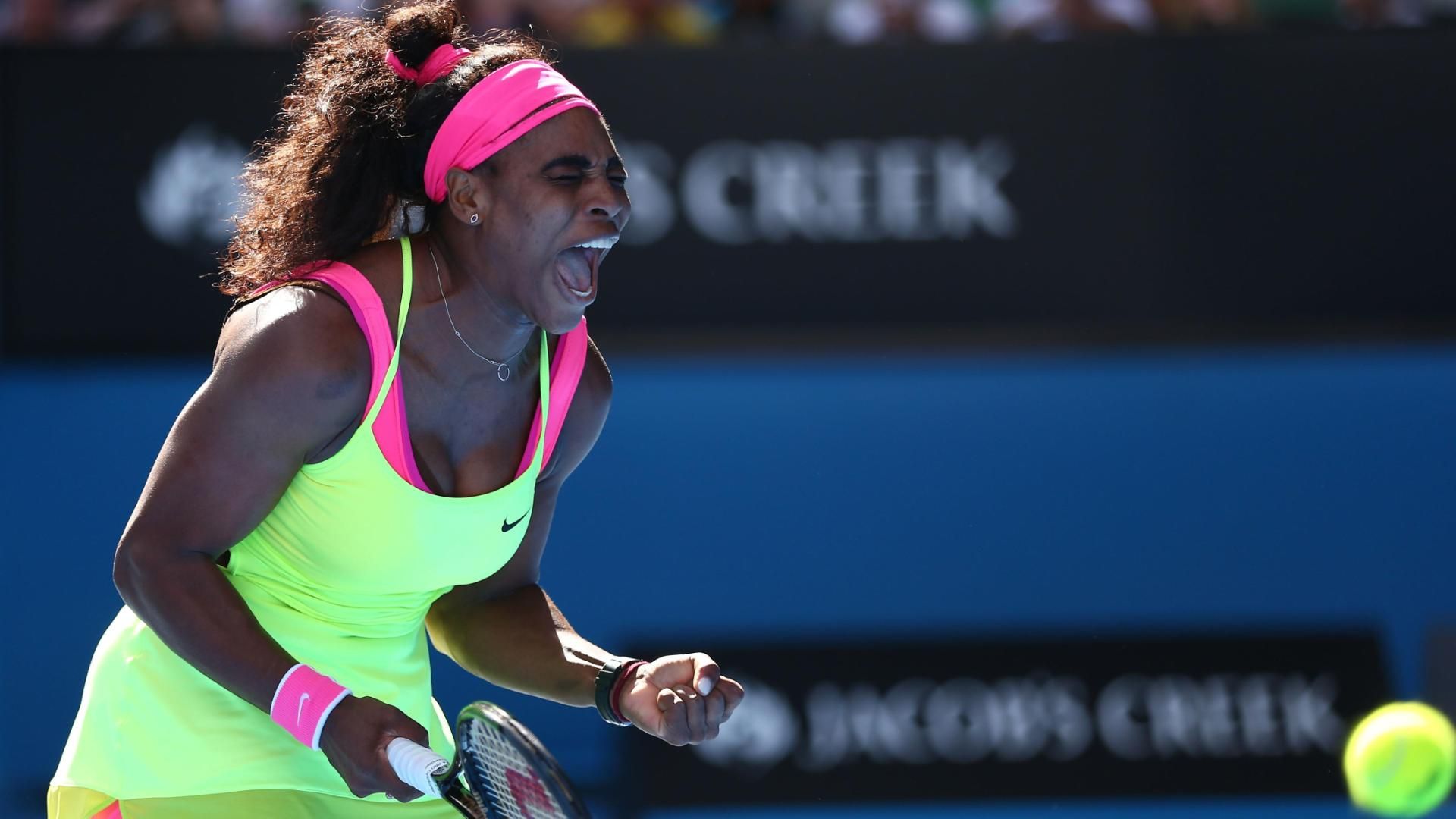 Serena Excited For Aussie Final
Serena Williams, who has been battling a cold, talks about her semifinal win over Madison Keys and looks ahead to the final at the Australian Open where she will face Maria Sharapova.

Sharapova Cruises Into Final
Maria Sharapova beat countrywoman Ekaterina Makarova 6-3, 6-2 to advance to the final at the Australian Open.