ESPN
By Baxter Holmes
PHILADELPHIA -- Sevyn Streeter sang the national anthem before Philadelphiahosted theLos Angeles Lakerson Friday after the 76ers had canceled her previous appearance in late October because she wanted to sing while wearing a "We Matter" jersey.

Before the anthem Friday, which Streeter performed to cheers from the crowd while wearing her "We Matter" jersey, Streeter told ESPN in a SportsCenter appearance, "I'm happy that we were able to turn an unfortunate situation into something really positive."

The 76ers later apologized to Streeter after telling her before the Oct. 26 game against Oklahoma City that she could not perform the national anthem.

"I think that me saying 'We Matter' and me singing the anthem, the two, they don't conflict," Streeter said Friday. "There's no conflict in the two for me. I love my country. I love it so much. When you love something so much, you only just want it to be better. You want it to be better and that's really what 'We Matters' means to me. The two do not conflict for me."

Streeter recently wore a shirt that said "Love & Respect" while singing the national anthem before the Warriors and Clippers faced off.

"That was amazing," Streeter said of that experience. "And 'Love & Respect' is one of my foundations. I just did a whole concert for my whole hometown and gave away toy goods and things. So love and respect, that's just how I live my life. I think that it's important to have love and respect for everybody. It's an opportunity to spread that message as well and it was awesome that I was able to do that."

Streeter has written songs for Chris Brown, Ariana Grande and other stars, and in 2013 she had a Top 40 hit with "It Won't Stop." 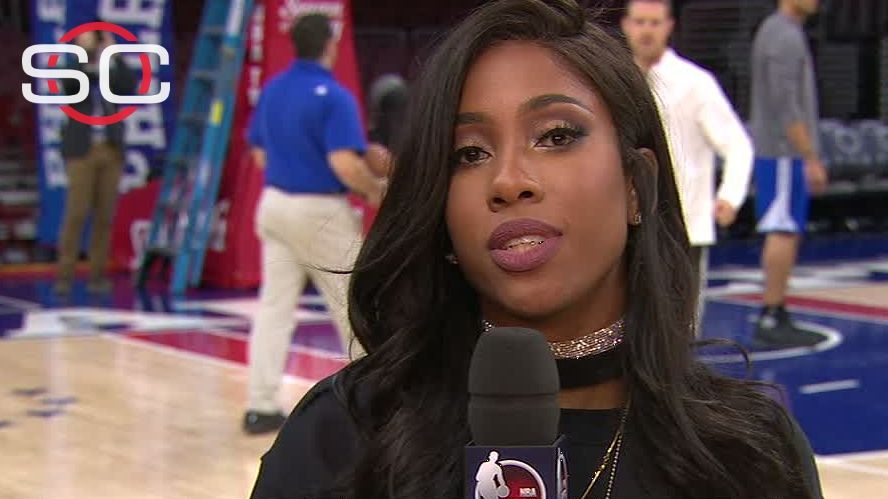