Sixers rookie Markelle Fultz out indefinitely, will have ailing shoulder re-examined in 3 weeks 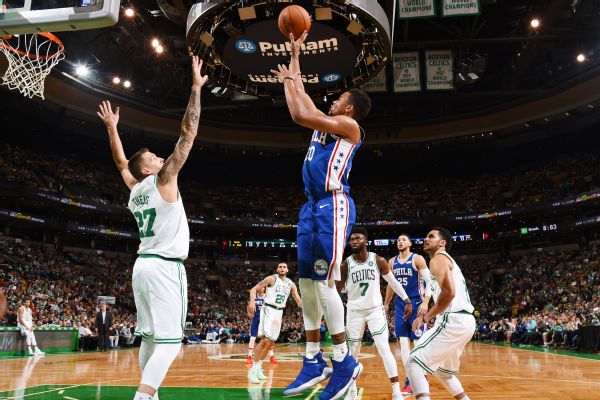 The Philadelphia 76ers announced that rookie point guard Markelle Fultz is out indefinitely with a shoulder injury and will be re-evaluated in three weeks.

The 76ers said Fultz does not have any structural damage in his ailing right shoulder but is dealing with soreness and muscle imbalance.

Fultz, the No. 1 pick in June's draft, had a cortisone shot in his shoulder on Oct. 5, according to his agent, Raymond Brothers. Fultz hasn't played since Monday.

The 19-year-old has played in just four NBA games and has resisted jump shots while relying almost exclusively on drives to the basket. He is shooting 33 percent (9-of-27) from the floor and 50 percent (6-of-12) from the free throw line. Off the bench, he has averaged 19 minutes.